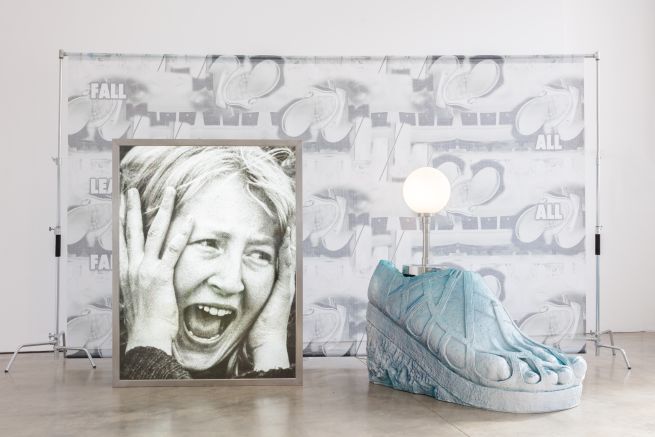 My first thought on seeing the ICA’s presentation of young Beijing-based artist Guan Xiao (‘Flattened Metal’ in collaboration with the K11 Art Foundation to 19 June) was that it looked pretty typical of the kind of show you’d see in Berlin. She derives her own cute logics from the contemporary overload of data, through both a video triptych of clips and sculptural collages in which items including muted speakers echo the colours of elaborately patterned backdrops which incorporate anthropological texts. It looks as if the Internet is a raw material too natural for her to make a point of using it, and with no bias at all towards China. Rather than criticise a lack of local flavour, I was inclined to see this as a post-nationalist and post-ideological. The same can be said of the combinations she shows against a striking photo-background of snakes at the Zabludowicz Collection (to 17th July – and she’s also at Modern Art Oxford!). Her name looks pretty Chinese, though, and more memorable to the western ear than many, though it did occur to me that ‘Guen Xiao’ would be even better, so incorporating all five vowels with more economy than ‘European Union’. I wonder how flexible the transliteration of Chinese characters can be? That put me in mind – a rambling mind, it will be evident – of how the Brexit referendum debate hasn’t even asked the right question yet, let alone answered it. Like it or not, we’re currently part of Europe, so the right question is: ‘what would be best for Europe?’. When even the ‘stay’ camp are talking about what’s best for Britain, post-nationalist art feels like a timely move. 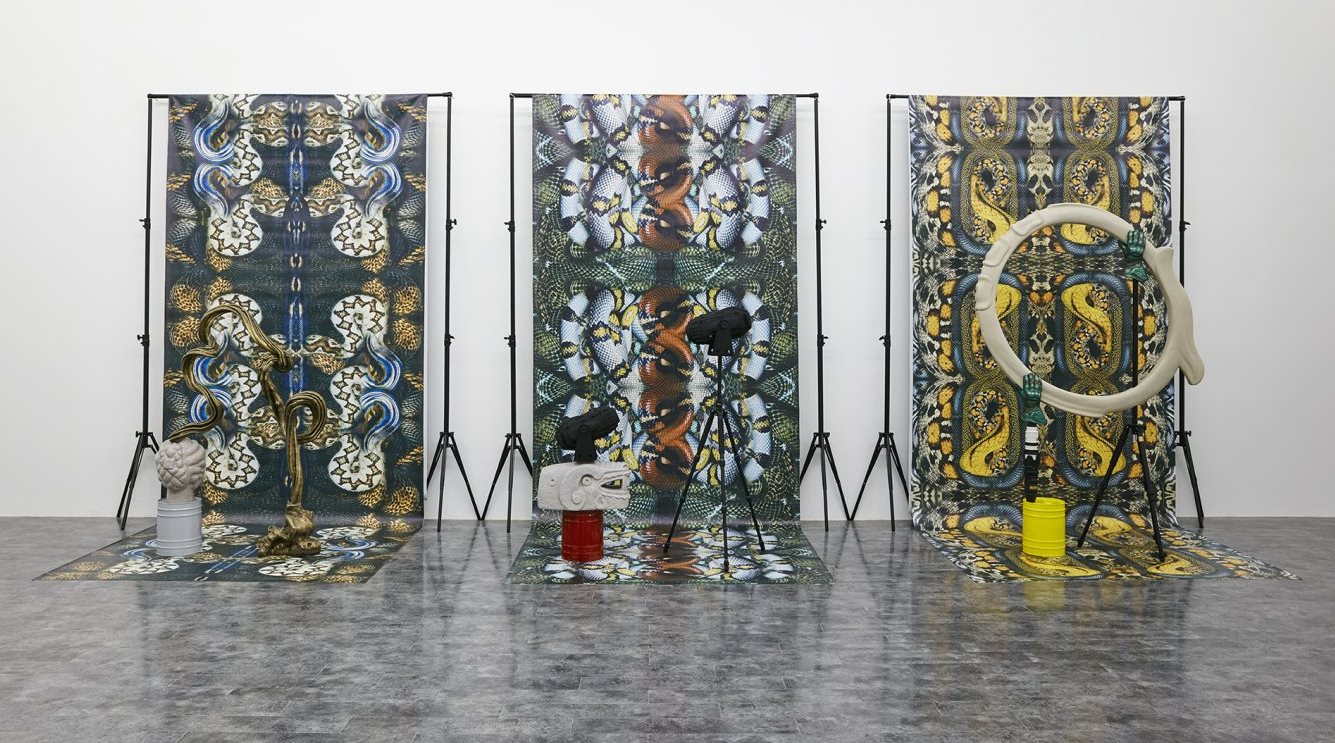