Do some yoga at Raven Row  - FAD Magazine
Skip to content

For the current exhibition, Raven Row is reconstructing Channa Horwitz’s installation, Displacement, originally made with Y8 in 2011 for its yoga studio.
The work will be prepared during gallery hours, from 30 March to 1 April, after which Y8 will lead eight participants at a time in its activation. 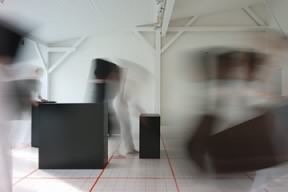 The work transfers motifs from Horwitz’s Language Series into space, with wooden blocks scaled in relation to the body and placed on an orange grid. Founder of Y8, Immanuel Grosser will lead sessions using yoga postures – asanas – to bring participants into interaction with the blocks.

Displacement yoga sessions will be held during gallery hours on Fridays and Saturdays throughout April. Sessions will run for 64 minutes. They are free and participants of all levels of experience with yoga are welcome. Participants are asked to wear white if possible.

To book a place, email info@ravenrow.org 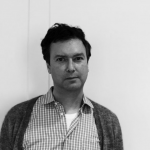 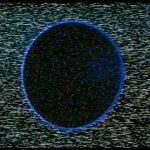 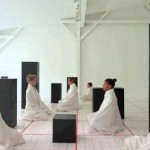 The intersection of yoga and art is new to me.. 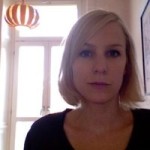 When your country sends you abroad to tell the world how interesting it is, you know you’re pretty good at interesting stuff. FAD’s newest feature asks Cultural Attachés to share the culture they’re finding really interesting in their postings, and to tell us a bit about culture from home. First up, SWEDEN!