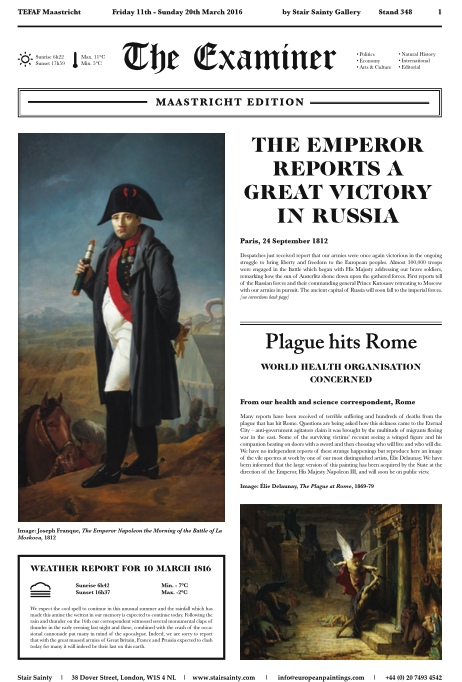 In order to grab the eye of collectors at TEFAF, Stair Sainty, the London gallery that specialises in artworks from the 16th to early 20th centuries, has produced its own newspaper.

Called The Examiner, it was set up by the gallery owners Guy Stair Sainty and Elizabeth Pierson Sainty to tell the stories behind the artworks they sell. A perfect example of this is a Goya portrait they are showing, explain Stair Sainty. ‘ 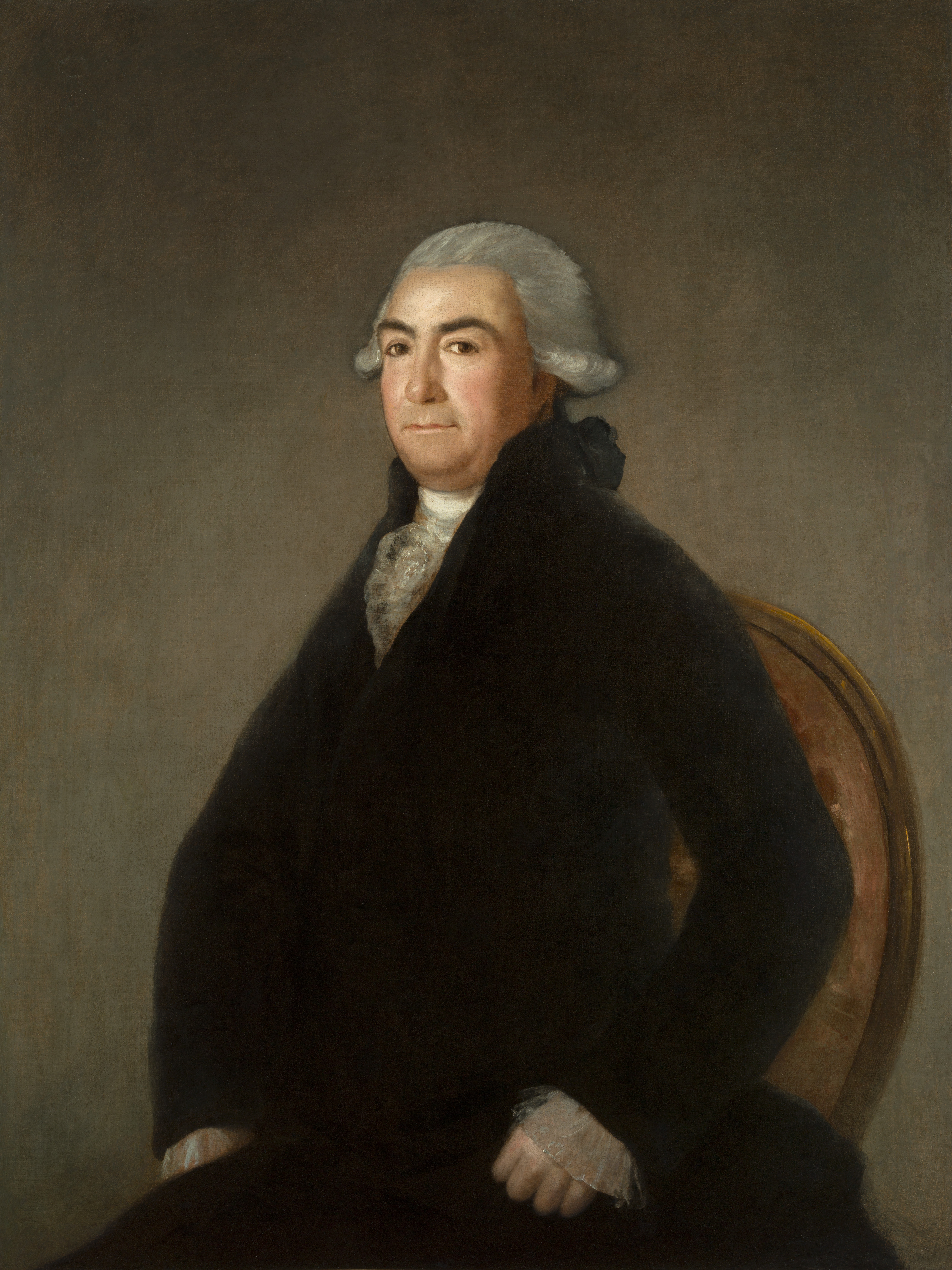 The man depicted is Don Pedro Gil de Tejada y del Saz. It was painted when he was about fifty-four years old. He was a prosperous man, a Spanish banker who lived in Madrid, and from the look of him he probably felt life was pretty good. He certainly couldn’t have imagined that thirteen years later, at the age of sixty-seven he would take up arms against Napoleon Bonaparte’s invading army, an act of heroism that would lead to his death. In The Examiner his bravery is acknowledged with an obituary.’

Another work on display is a portrait of Napoleon. Stair Sainty continues:

‘It shows him addressing his army on September 7th 1812 on the eve of the battle of Borodino. The morning was bright and sunny, as it had been when he fought and won at Austerlitz 7 years before. He had the world at his feet. However, with the Russian winter fast approaching and no surrender in sight, just a month after his invading force entered a burning and deserted Moscow Napoleon was forced to order his starving army to retreat. ‘As they did so, they suffered constant harassment, stalked by hunger and the deadly lances of the Cossacks. The French lost 40,000 men in the campaign, and three years later he and his army were defeated at Waterloo.’ 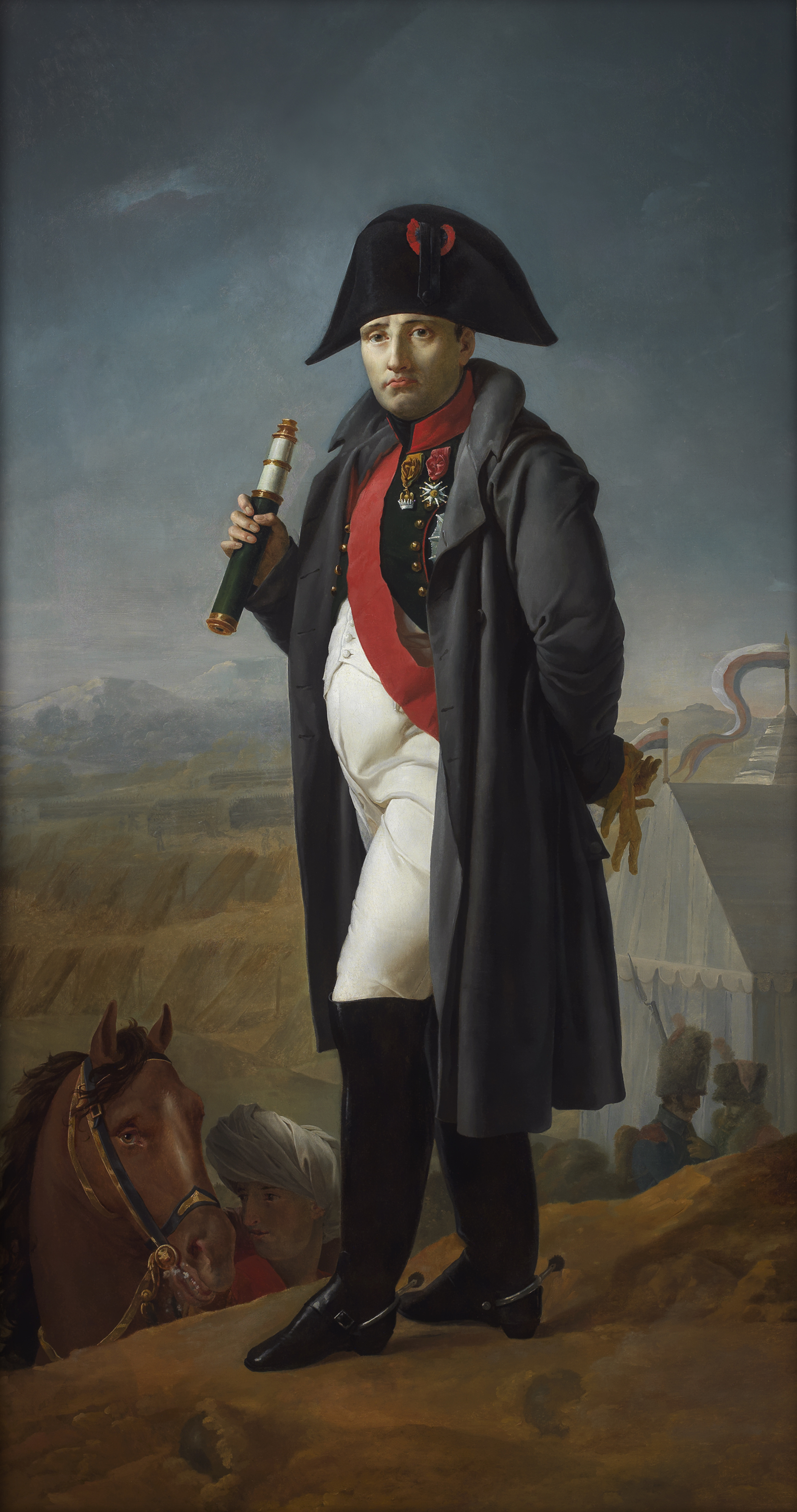 The gallery will produce an edition of the paper, which, like The Guardian, is published in the Berliner format, at every art fair it participates in. The print run for the launch issue of the 8-page newspaper is 2,000, and it will be given away free at the gallery’s TEFAF stand (number: 348)

TEFAF Maastricht 2017 All the fun of the fair Inside TEFAF’s weird and wonderful wunderkammer.