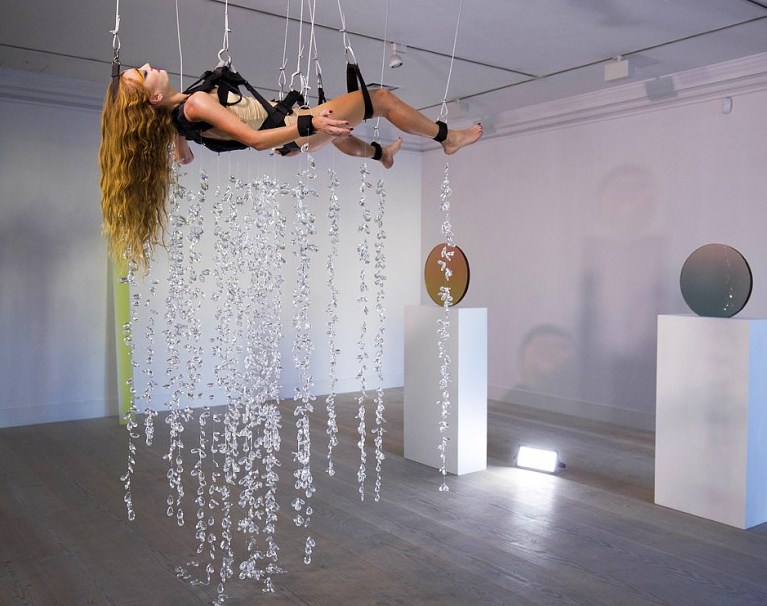 The ongoing pro-performance trend in the art world has come to something of a peak in London exhibitions. To complement the Gazelli Arthouse’s show of Californian light work (to 14th Nov), Millie Brown hung with crystals attached for 4 hours on 4 days – so a not unimpressive 16 hours in all. Ilona Sagar had two actors inhabit her interviews with clinical neurologists and psychiatrists as part of ‘Haptic Skins of a Glass Eye’, her complex consideration of the relationship between body and technology at Tenderpixel: 8 x 3 hour performances x 2 actors = 24 hours. At the Lisson Gallery, Broomberg & Chanarin’s very varied photography-based practice includes not just a film of military drill counterpointed with the clowning of a ‘bouffon’, but an adjoining live performance in which a double shift of drummers play a drum roll for the entire six week run of the show (to 31 Oct): 6 x 46 = 276 hours x 2 drummers = 552 hours. That’s quite a commitment for a commercial gallery to make, but the public sector goes further in the Barbican’s Curve Gallery, the unusual layout of which encourages artists to stretch their capabilities. The whole three-month run of Eddie Peake’s ‘The Forever Loop’ features two dancers and a skater. The naked dancers interact very effectively with synchronised video footage drawing on Peake’s previous work. The skater, clad in a diaphanous costume, glides around the full length of Peake’s sculptural installation. That’s 65 hours per week x 13 weeks x 3 performers = 2,535 hours! 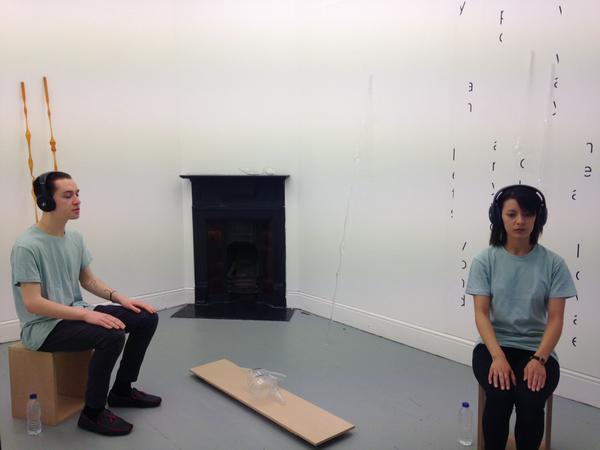 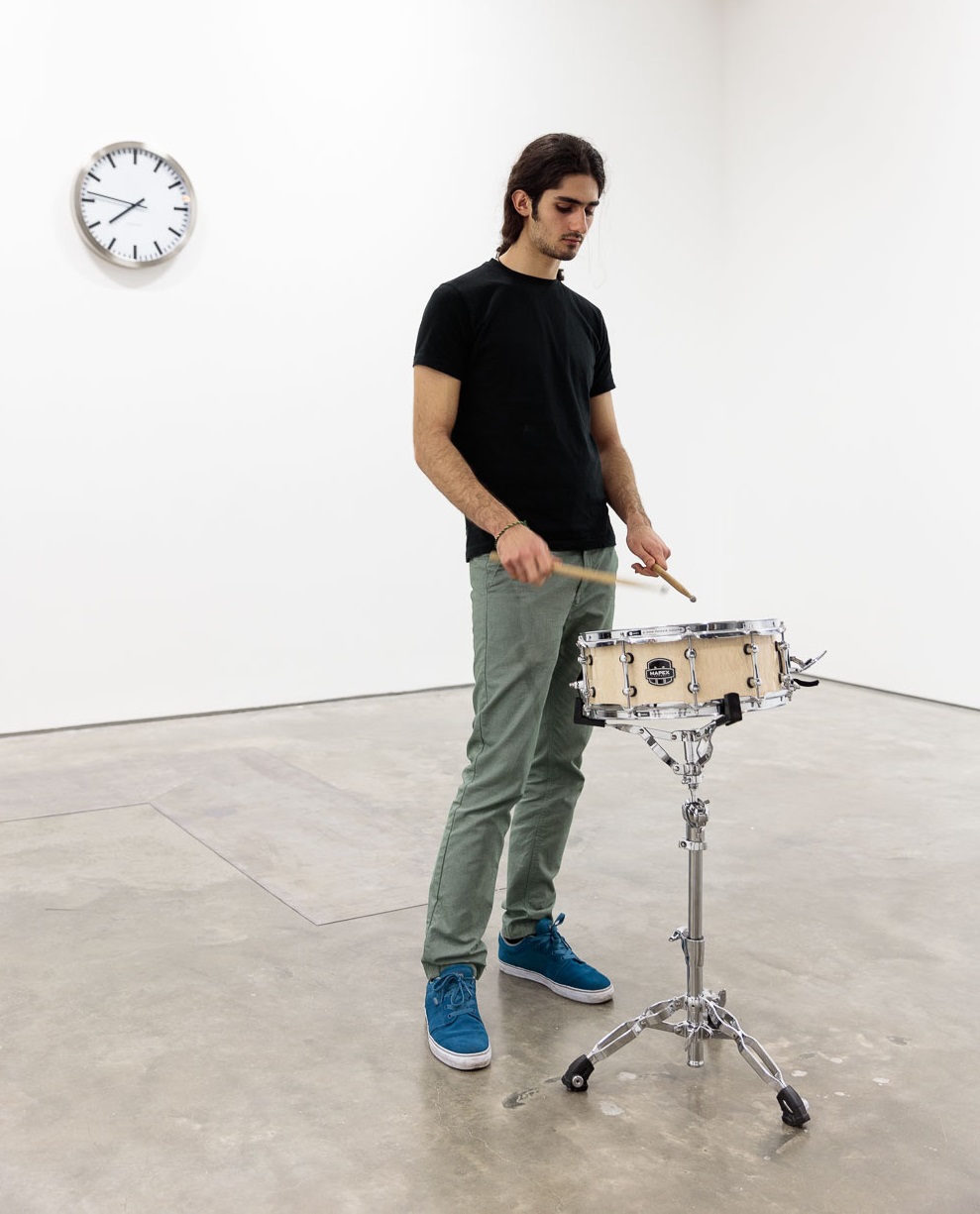 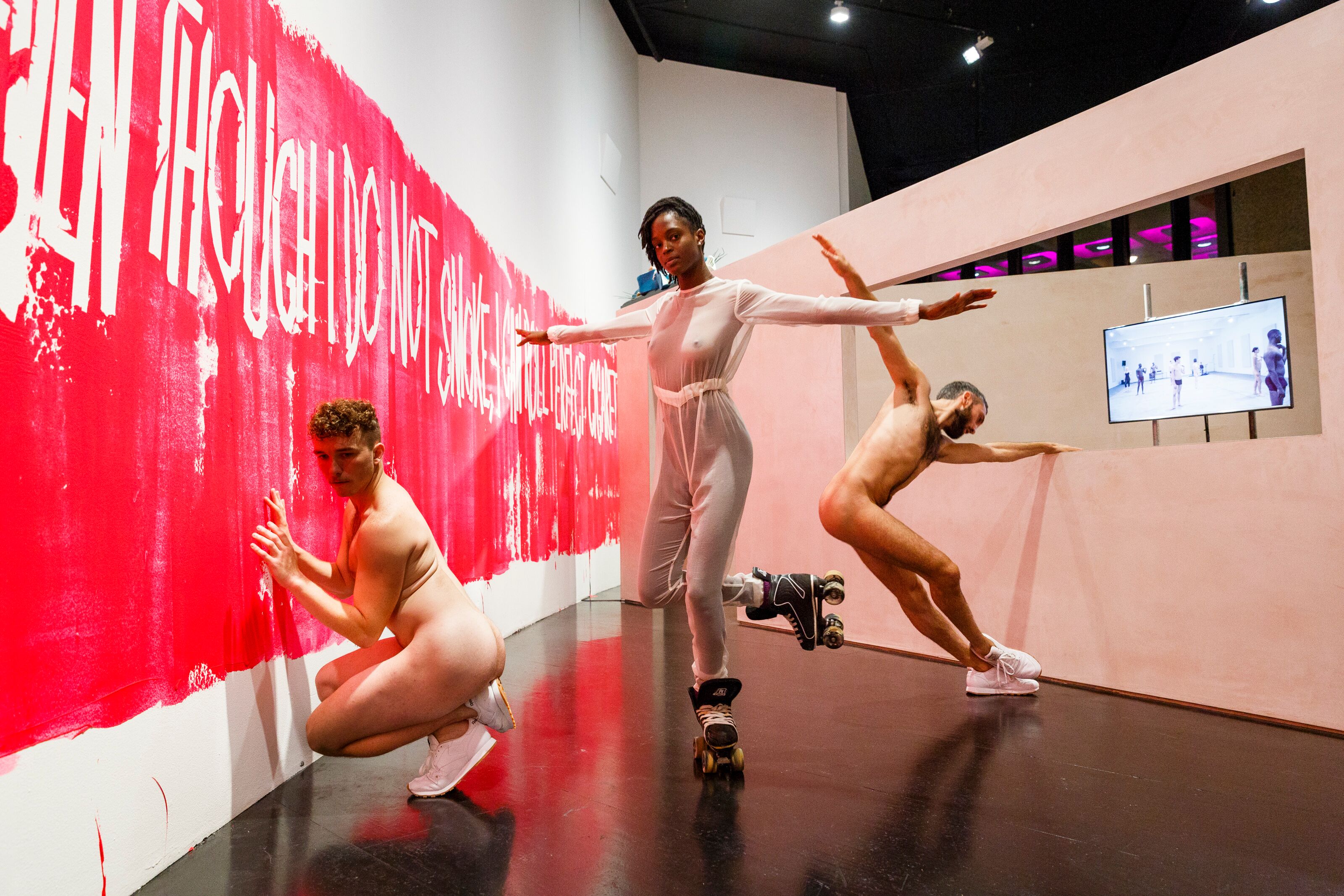