You may have already heard of Nástio, but if not he’s been pitted recently as the ‘coolest guy in art’ and the future star of the art world – as well as it’s enfant terrible and ‘the kick in the ass’ it needs right now. Nástio’s practice traverses video and music, performance and installation, with an intense commitment to the open-ended potential of language. Nástio was recently nominated for Artes Mundi 2016 and received the Future Generations Prize for 2015. He recently had a solo museum show at Ikon Gallery in Birmingham and in Venice.

Nástio Mosquito will be performing : The Age I Don’t Remember at The ICA on November 6th. The performance will

position the audience within a sort of constructed dreamscape, surrounded by musicians, video screens – displaying text works and film pieces – and the mercurial artist himself. Utilising a mix of new and contemporary media, Nástio will explore the perceptive realms of dream and reality, asking the audience to test and question the boundaries between the two.

FAD caught up with Nástio as he was preparing for the ICA prrformance and managed to ask a few questions about him and his work.

1. Why have people called you “The future star of the art world?” I guess that is a question to which the answer you should be helping me justify… please, build me up!

2. Can you tell us about your work and what are the main ideas you try and express.
I think, and some of the things I think are fun enough to produce sharable perspectives… that’s what I do.

3. Is technology challenging us to redefine what we mean by Reality?
I would not say so… I confess not to feel very qualified to address reality, but I do know that within my human experience reality is overrated. Technology is a tool, and as such it has an impact on the how, what, where, and even on the who! But in a deeper, and consequent, level what really makes, shapes and delights a human individual reality will always be the why…

4. How has it been working with EMDASH?
Great!!!! They are giving me an opportunity to shit my own pants voluntarily…

5. Can you tell us anything about The Age I Don’t Remember?
It’s sharing my inadequate relationship with the past. It’s me fighting for our past to mean positive fuel for our present, it’s me declaring I need help living better… it is also me taking risks when it comes to the way I construct narratives; by letting more brains come in and contribute to the storytelling!!!! In the end it is just how I articulate music and it’s power inside a black box, using Frank Sinatra’s “A Very Good Year” as an allusive departure point as we celebrate his 100th… It is for sure the most autobiographical thing I’ve ever done… 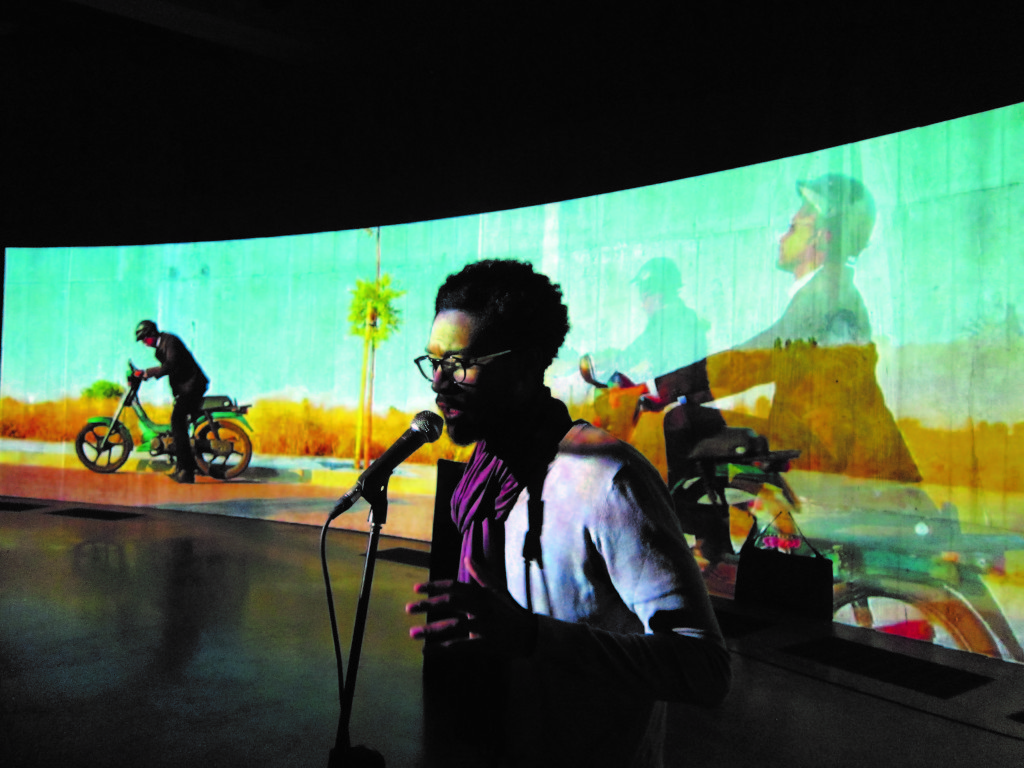 6 Are you a spiritual person? And how does it manifest itself if you are?
I am. Not sure, you must tell me…

7 What is next for you after your performance at the ICA?
Clean my pants… hopefully with a smile on my face!

THE AGE I DON'T REMEMBER – TEASER from ZZZZZ on Vimeo.

Tickets are available at this link: https://www.ica.org.uk/whats-on/n-stio-mosquito-age-i-don-t-remember

About the artist
Since his first exhibition in 2006, Nástio Mosquito has attained global recognition as a maverick of the art world; he has exhibited internationally in both solo and group shows as well as at various biennales. Mosquito was most recently nominated for the Artes Mundi 7 Prize and in 2014 he shared the Main Prize of the Future Generation Art Prize. In 2015, Ikon, Birmingham, United Kingdom, presented the first solo museum show of his work DAILY LOVEMAKING. Other museum exhibitions include Don’t you know who I am? Art after Identity politics, M HKA, Antwerp, Belgium (2014); 9 Artists, Walker Art Center, Minneapolis, USA (2013) and No Fly Zone. Unlimited Mileage, Berardo Collection Museum, Lisbon, Portugal (2013). Nástio Mosquito has performed live at prominent institutions such as Royal College of Art, London (2014), Royal Ontario Museum, Toronto, Canada (2014), Irish Museum of Modern Art, Dublin, Ireland (2014) and Tate Modern, London (2012). Mosquito has participated in festivals and biennales including Moscow Biennale of Contemporary Art, Moscow, Russia (2015); the 56th Venice Biennale: All The Worlds Futures, Venice, Italy (2015); Design Indaba Music Festival 2015, Cape Town, South Africa; Eva International Ireland’s Biennial, Limerick Ireland, (2014) and 29th São Paulo Biennial, São Paulo (2010).

EMDASH Foundation
EMDASH is a philanthropic foundation that encourages and enables significant projects with contemporary artists. Founded by Andrea Dibelius in 2010, EMDASH believes in innovative ideas as expressed through art and interdisciplinary collaborations, and seeks to bring these to a wider audience through its commissions, awards and partner institutions. The range of projects EMDASH has and seeks to nourish is highly diverse – stemming from contemporary art but often in surprising ways and in collaboration with non-art world disciplines or organisations. As part of its Artists Projects series EMDASH commissioned Notes on Protesting from artist Peter Liversidge at Whitechapel Gallery in 2014- 15. In 2013 EMDASH supported the Austrian Pavilion, at the 55th Venice Biennale, in presenting artist Mathias Poledna.

The EMDASH Award
Begun in 2011, in collaboration with Frieze Projects, the EMDASH Award was originally given to
artists under the age of 35 living outside the UK, but has since expanded its remit to include
emerging artists of all ages irrespective of nationality.

US artist Seth Price takes over the I.C.A for his first UK exhibition.

Wysing Arts Centre to launch record label at the ICA