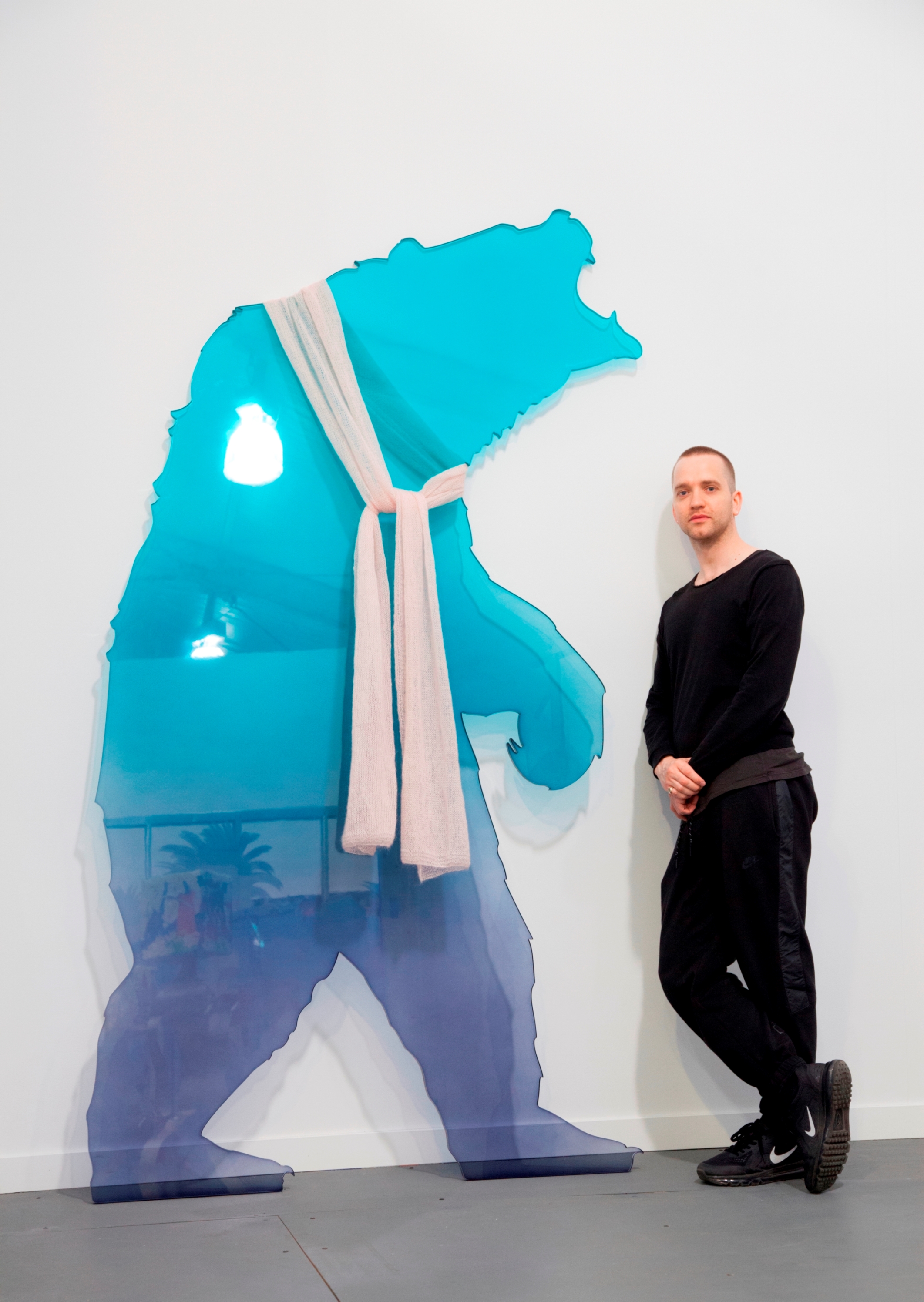 This autumn, London-based artist Eddie Peake presents an ambitious web of architectural installations, choreographed performance and video set within the Curve gallery. Foregrounding the naked body – both male and female – The Forever Loop presents a solo dancer moving through the space, reciting a monologue written by Peake, alongside a roller skater traversing the 90-metre long gallery. The continuous live performance in the Curve is set against a backdrop of spatial interventions, including a maze-like architectural structure, a chequer-board dance floor and a vibrantly coloured wall painting that spans the length of the curved wall.

Eddie Peake said: “I want to make a show that uses a loop structure, in terms of both time and the very specific conditions of the Curve gallery space, to convey a narrative in which unrequited desire, jealousy, love – and other real emotions implicit in the experience of being in a relationship with another person – take centre stage. I want the show, and its looped structure, to utilise the fact that the curved gallery necessarily cannot be viewed all at once, and in so doing, I’d like the act of viewing to be a narrative element, implicating the viewer as a sort of protagonist.”

About The Artist
Eddie Peake’s practice intimately connects art with sexuality. Firmly rooted in the language of sculpture, Peake’s work celebrates the body as both a sculptural and sexual object and extends to painting, installation, video and performance. His work is an often-energetic spectacle in which the absurd and the erotic each find a place, and in which the artist plays a central role. In his performances, Peake plays with idealised notions of the human form, drawing on art historical references from Renaissance and classical sculpture to popular culture. Peake’s work invites the viewer into a complex relationship of desire, sexuality and visual pleasure. 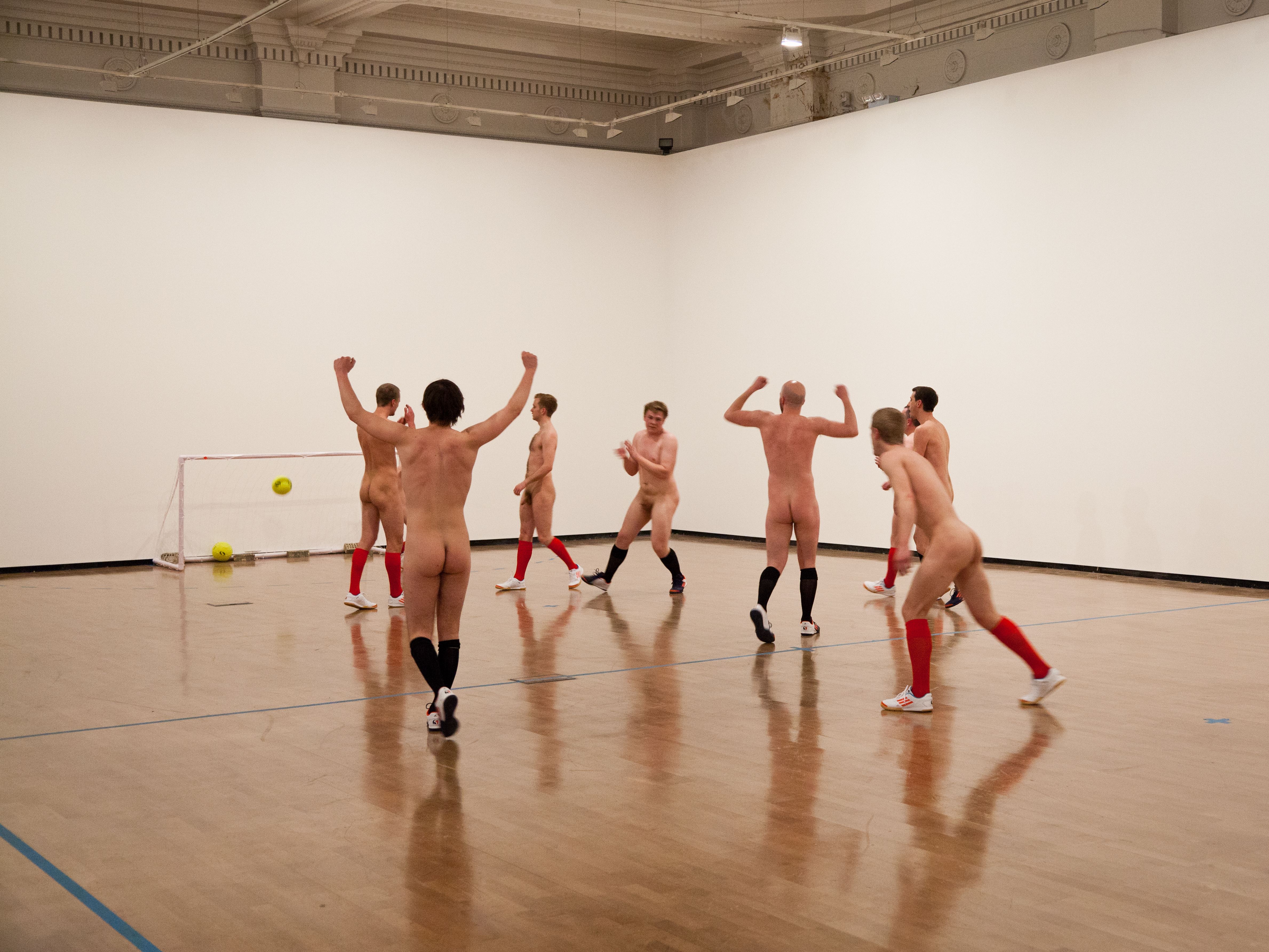 While studying at the Royal Academy, Peake staged a naked five-a-side football match in Burlington Gardens, London where the two teams were differentiated only by their socks and trainers. As the work’s title suggests, Touch (2012) addressed the inherent tactility and homoerotic exhibitionism that comes with contact sports. For Peake, the work was ‘a joyous event’, but one that quickly became commonplace as the audience became used to the nudity of the players. Peake has recently presented the result of a year living in Rome, A Historical Masturbators at the Galleria Lorcan O’Neill in Rome.

Born in London in 1981, Eddie Peake has lived in Jerusalem, Rome and London. Having graduated from the Slade School of Fine Art in 2006, he undertook a residency at the British School at Rome from 2008 to 2009, and in 2013 graduated with a Master’s degree from the Royal Academy Schools, London. Recent performance projects include The David Roberts Art Foundation (2012), The Tanks, Tate Modern in conjunction with the Chisenhale Gallery (2012); The Royal Academy of Arts (2012) Cell Project Space (2012) and Performa 13 (2013). International solo exhibitions include Galleria Lorcan O’Neill, Rome (2012), Southard Reid, London (2012) (with Prem Sahib), Focal Point Gallery, Southend (2013), White Cube, Sao Paulo (2013) and Peres Projects, Berlin (2014).