1 Lee Ufan: From Point, From Line, From Wind at PACE gallery 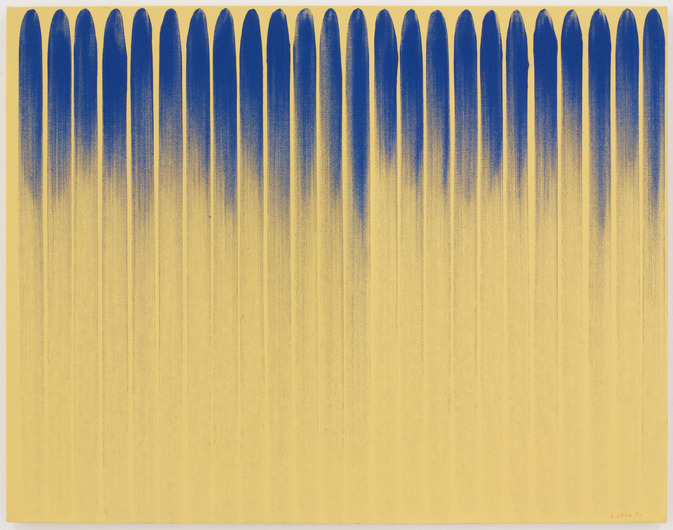 2 Judy Chicago: Star Cunts and Other Attractions at RifleMaker 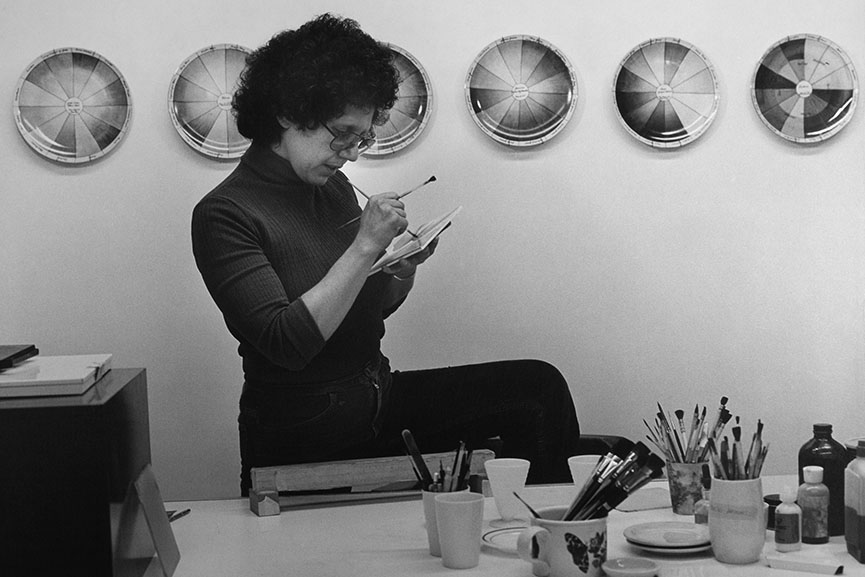 Judy Chicago at work in her china painting studio in-1974. Courtesy of Through the Flower Archives 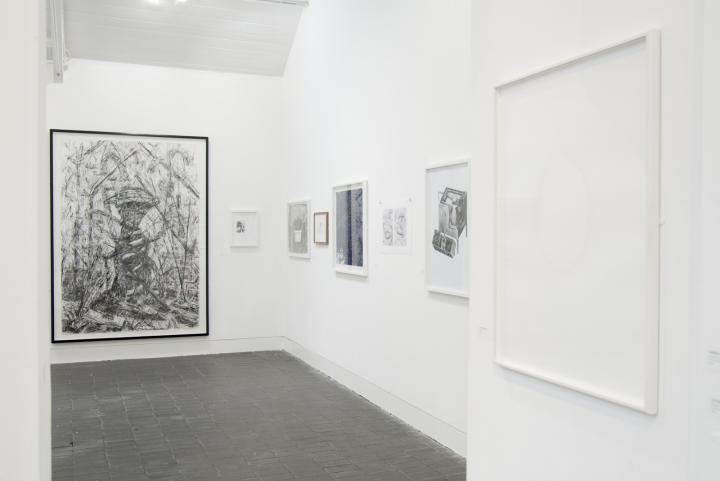 The Jerwood Drawing Prize is the largest and longest running annual open exhibition for drawing in the UK. A total of 60 works by 58 artists, including one collaboration, have been selected for exhibition by the panel; Dexter Dalwood, artist; Salima Hashmi, artist, curator and writer; and John-Paul Stonard, art historian. Private View RSVP Tuesday 15th September 2014 Jerwood Space, 171 Union Street, London SE1 0LN
www.jerwoodvisualarts.org

4 Jacky Tsai Future Past at The Fine Art Society

Tsai’s work explores the relationship between Eastern and Western cultures and the ways in which they feed and enrich one another, through a range of materials and techniques. A western pop art aesthetic is expertly blended with eastern artistry and the emblems of Chinese mythology

5 Bridget Riley: Learning from Seurat at The Courtauld Gallery 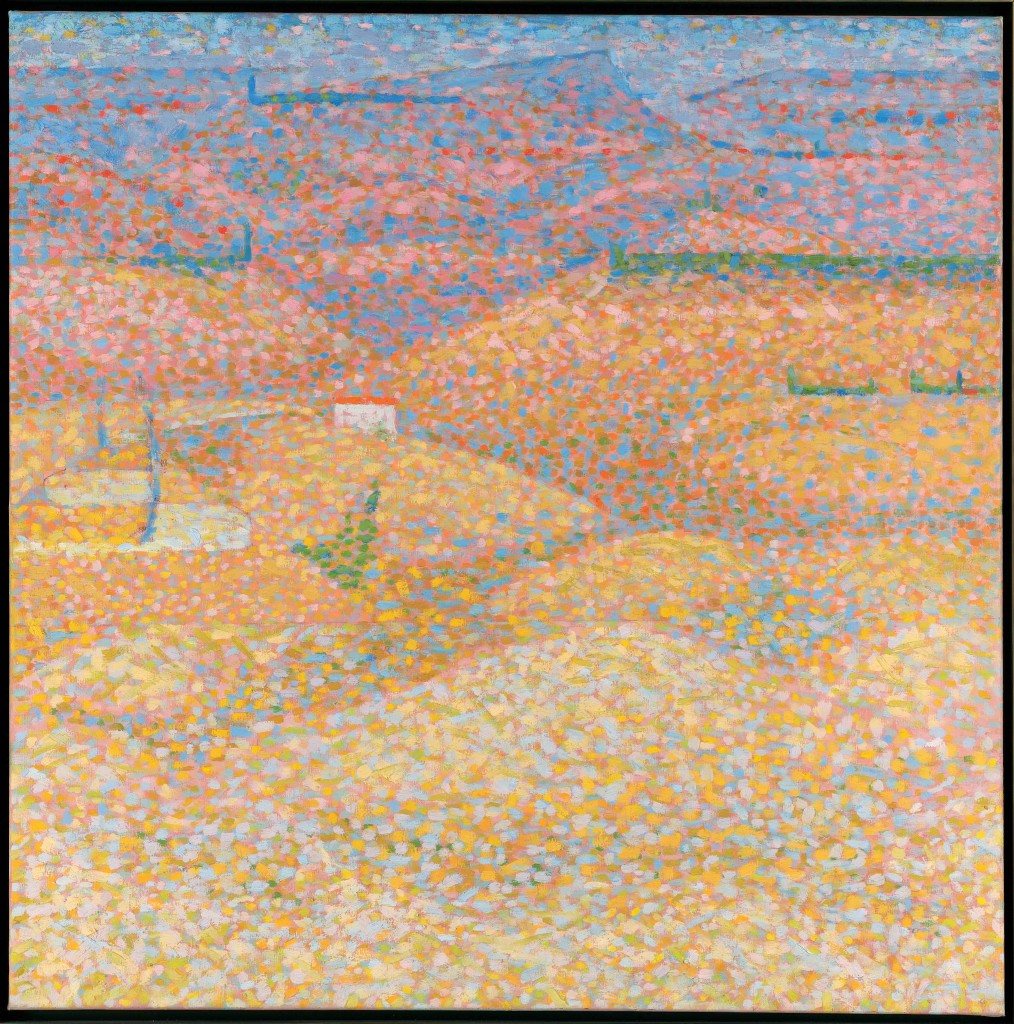 Bridget Riley: Learning from Seurat, is an exploration of Bridget Riley’s early breakthrough encounter with Georges Seurat’s Bridge at Courbevoie, a highlight of The Courtauld’s collection
For the first time, it brings together the copy that Riley made of Bridge at Courbevoie in 1959 with Seurat’s original painting to consider this remarkable moment of artistic connection and inspiration. The focused display presents a small group of Riley’s seminal paintings to chart how her understanding of Seurat’s art has led her to create some of the most radical and original abstract works of the past five decades.
Opening Thursday 17th September The Courtauld Gallery Somerset House, Strand, London WC2R 0RN courtauld.ac.uk 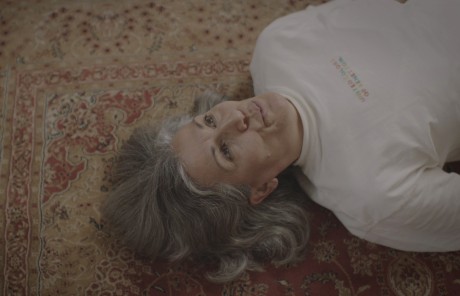 Chisenhale Gallery presents the first UK solo exhibition by the Berlin and Jerusalem based artist, Jumana Manna. The exhibition comprises a newly commissioned feature-length film, A magical substance flows into me (2015), presented alongside an installation of sculptures.

This is the biggest opening of the week hopefully you all know who Ai Weiwei is! The exhibition will be the biggest survey of his work ever in the UK. Ai Weiwei has created new, site-specific installations and interventions throughout the Royal Academy’s spaces.

“I’m honored to have the chance to exhibit at the Royal Academy of Arts. Tim Marlow and the rest of the exhibition team have a history of producing outstanding exhibitions. I’m very happy to be a part of it. This exhibition is my first major survey in London, a city I greatly admire. The selected artworks reflect my practice in recent years, and also include new works made specifically for this show.”

Ai Weiwei virtually navigated the spaces at the RA from his studio in Beijing, through video footage of the galleries and architectural plans. The curators have also made regular visits to his studio. Ai Weiwei regained his passport in July 2015 and will be travelling to London for the Royal Academy’s exhibition.

The Week Ahead : The art openings to visit this week.

The Week Ahead: Our pick of the art openings this week.