“Signs that Say What You Want Them to Say…” Lights of Soho will be accepting submissions from new and established light artists for a show that will be guest curated by artist Robert Montgomery.

Taking inspiration from the Royal Academy Summer Exhibition, Lights of Soho is inviting young talent who use light as a medium in their work to exhibit alongside established names in light art. Lights of Soho curator Hamish Jenkinson states,

“Lights of Soho is more than an art gallery – it is a window of opportunity for young artists to get involved in the art scene. With this show, I’m hoping that we can reach artists who are well into their craft or just discovering it. I’d like to show young artists that art is a democratic experience and that they too can be featured in a London gallery.”

“When Bruce Nauman made his seminal artwork in neon “The Artist Helps the World by Revealing Mystic Truths” in 1967 it represented the beginning of a kind of democracy. Artists, for the first time could now hijack a medium previously only the domain of commercial and corporate voices, and begin to say much more interesting things.” 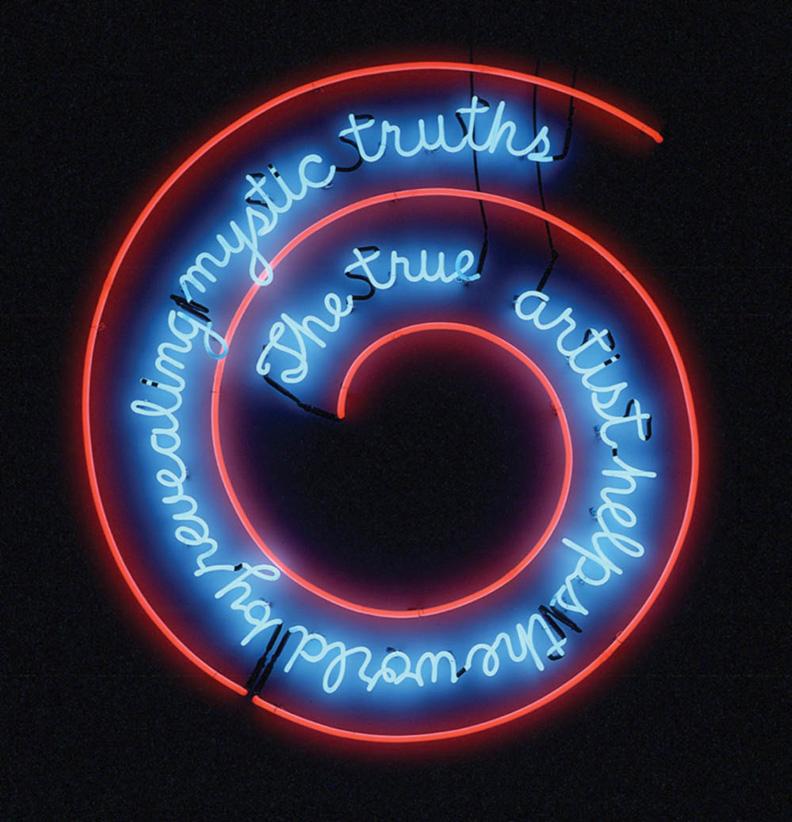 Lights of Soho’s newest show ‘Signs That Say What You Want Them To Say…’ is in reference to Gillian Wearing’s 1992 piece of the same name. Her piece represents the democracy of communication as it gave people the power to write their own story. The idea of an open exhibition of light art takes its inspiration from Nauman as much as from Wearing. Montgomery states,

“In an ideal world we would give the billboards back to the people and everyone could write their dreams in neon.” 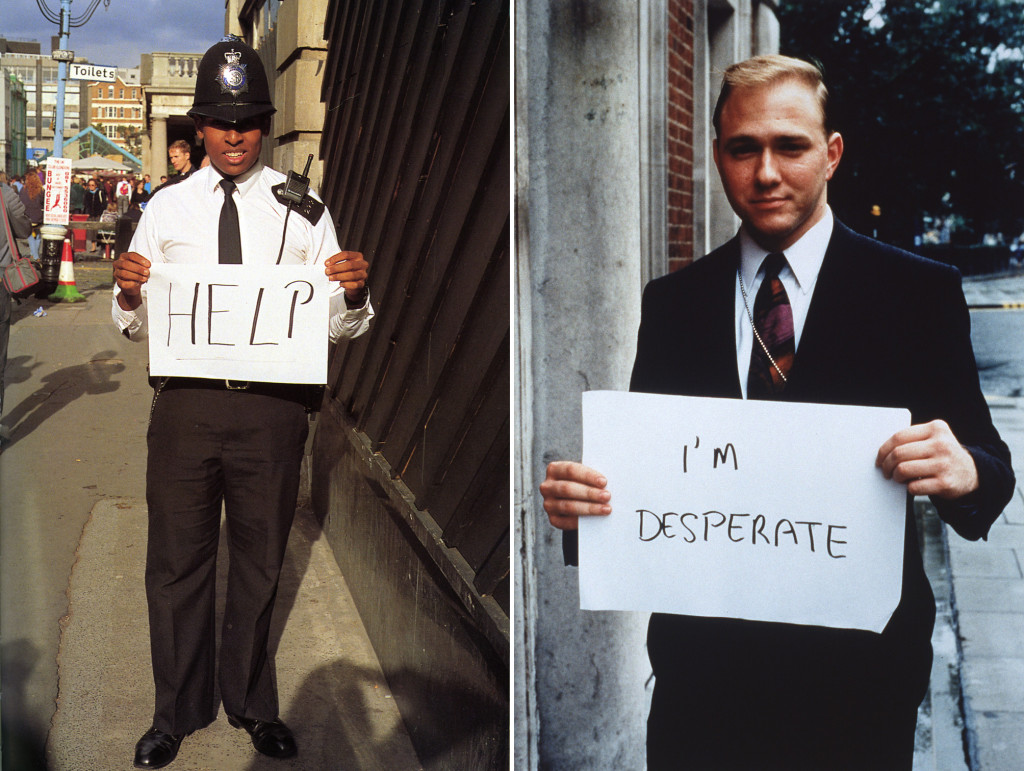 Signs That Say What You Want Them To Say Gillian Wearing

About Robert Montgomery
Having started his career off by vandalising billboards and bus stops with his poetry, Robert Montgomery directly communicates with his audience through text and light. Inspired by Roland Barthes and Guy Debord, Montgomery has paved the way for young artists to write their own story. Creating large LED light pieces with his poetry, Montgomery has seen his works showcased around the world including the Kochi-Muziris Biennale in India and a current project which hijacks an entire city block in Seattle.

As a teenager, he was obsessed with the pure form of commercial signs. He would fill rolls of him on the family holiday camera photographing the neon signs on abandoned petrol stations in France, and endure blank looks from his father as he returned from Boots later with far fewer smiling family portraits than he expected.

“As soon as I had any money of my own, I knew I would make my own signs saying the most whimsical things possible”