Alfred Wallis was an artist and mariner. He was born in Devonport in 1855, and claimed to have gone to sea at the age of 9, working on vessels that sailed across and fished the Atlantic. He moved to St Ives in 1885 and by 1887 had set up business as a marine merchant, from which he retired in 1912. Wallis took up painting “for company” following the death of his wife in 1922. 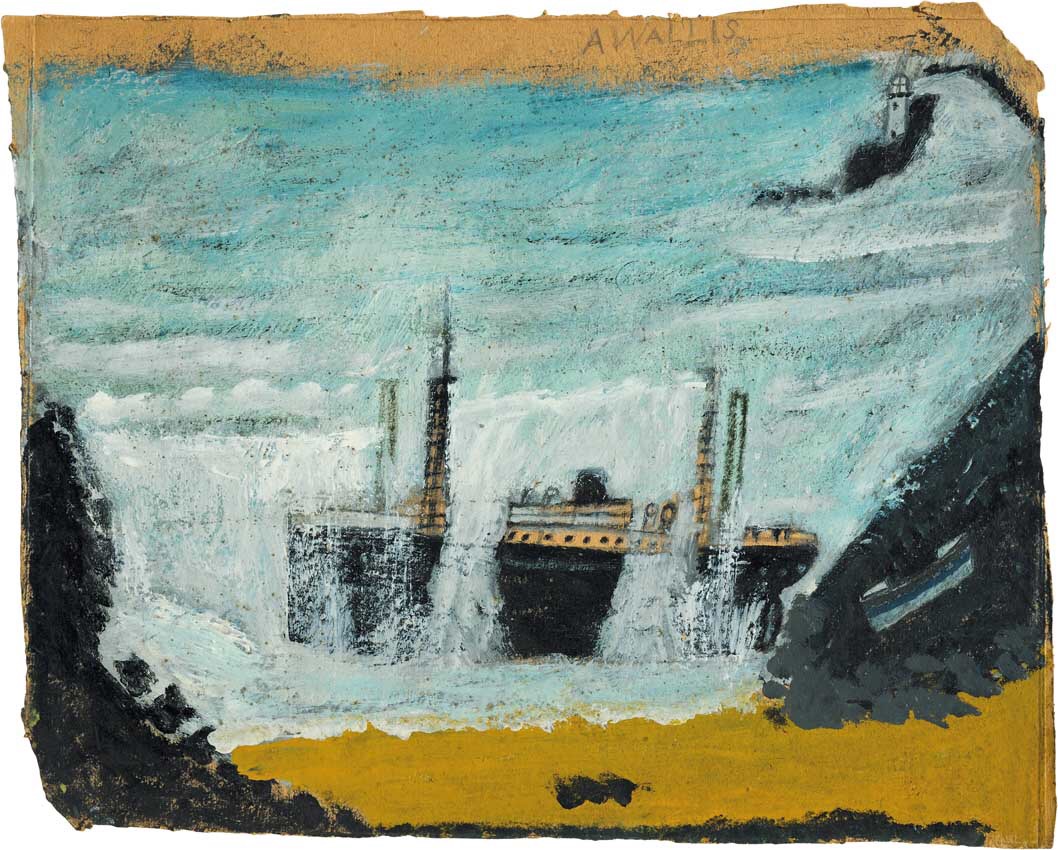 He painted from the memory of his experiences, depicting ships at sea, wrecked, and at harbour, as well as, less often, houses and landscapes. His paintings are not composed according to perspective but rather instinctively and according to the relative prominence of the subject, painted on salvaged fragments of card, paper and board, typically in a restrained palette of greys, browns, blues and greens. Alfred Wallis and his paintings were ‘discovered’ by the British modernists Ben Nicholson and Christopher Wood whilst visiting St Ives in 1928. Nicholson especially came to hold Wallis’ work in high esteem, and he and his circle remained its champions and supporters. Old age and poverty eventually led Wallis to a workhouse in Penzance, where he died in 1942 at the age of 87. He was buried in St Ives, where his grave overlooks Porthmeor Beach. 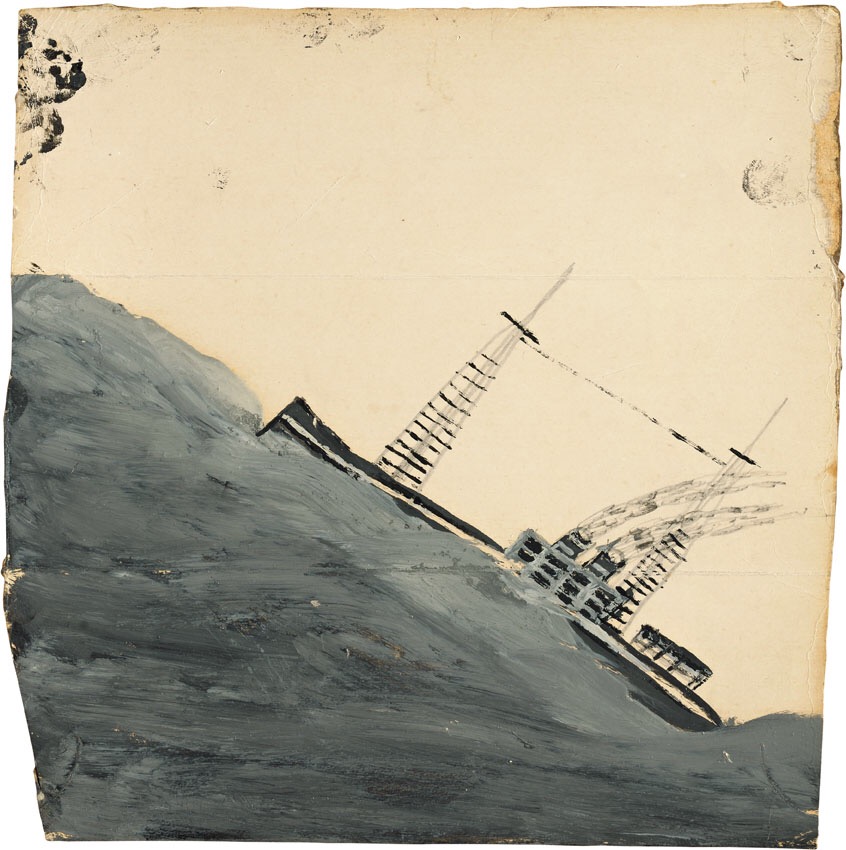 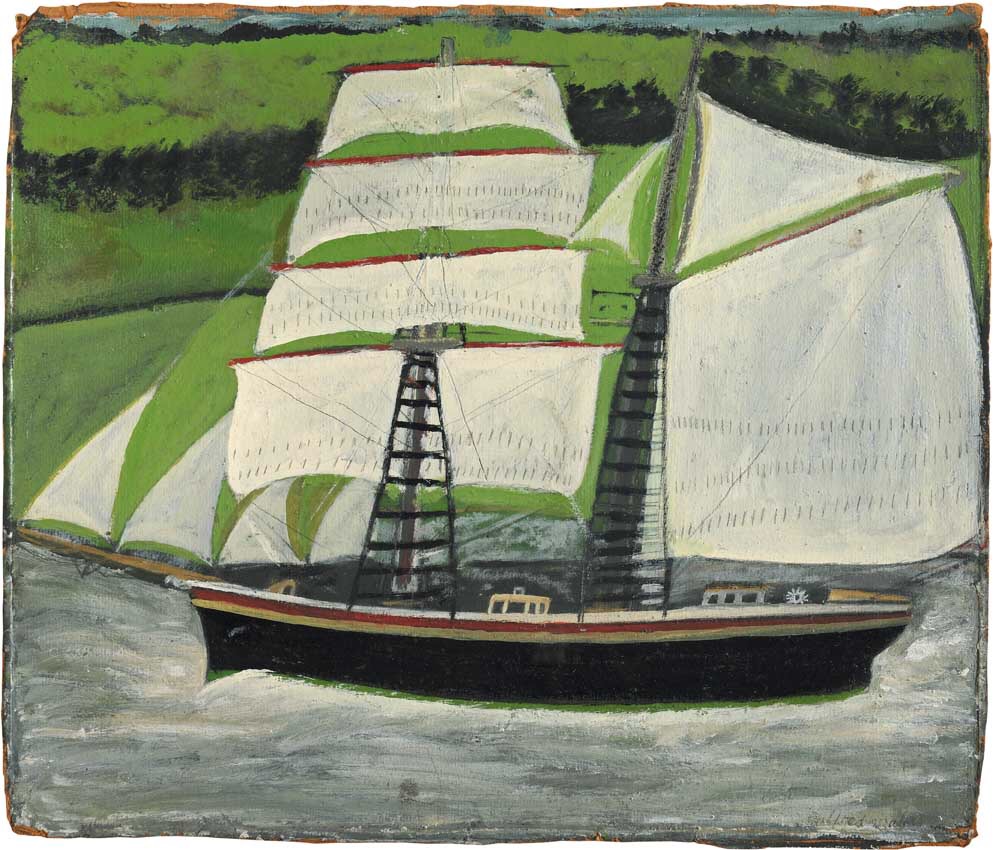