After giving my verdict on the Biennale overall and my top 5 to see in Giardini, it’s now on to the other main venue Arsenale. It’s slightly different in there are fewer national pavilions but more of the main exhibition. It’s a lot less sprawling and so any exploration of it is more guided than the free roaming you can enjoy in Giardini. 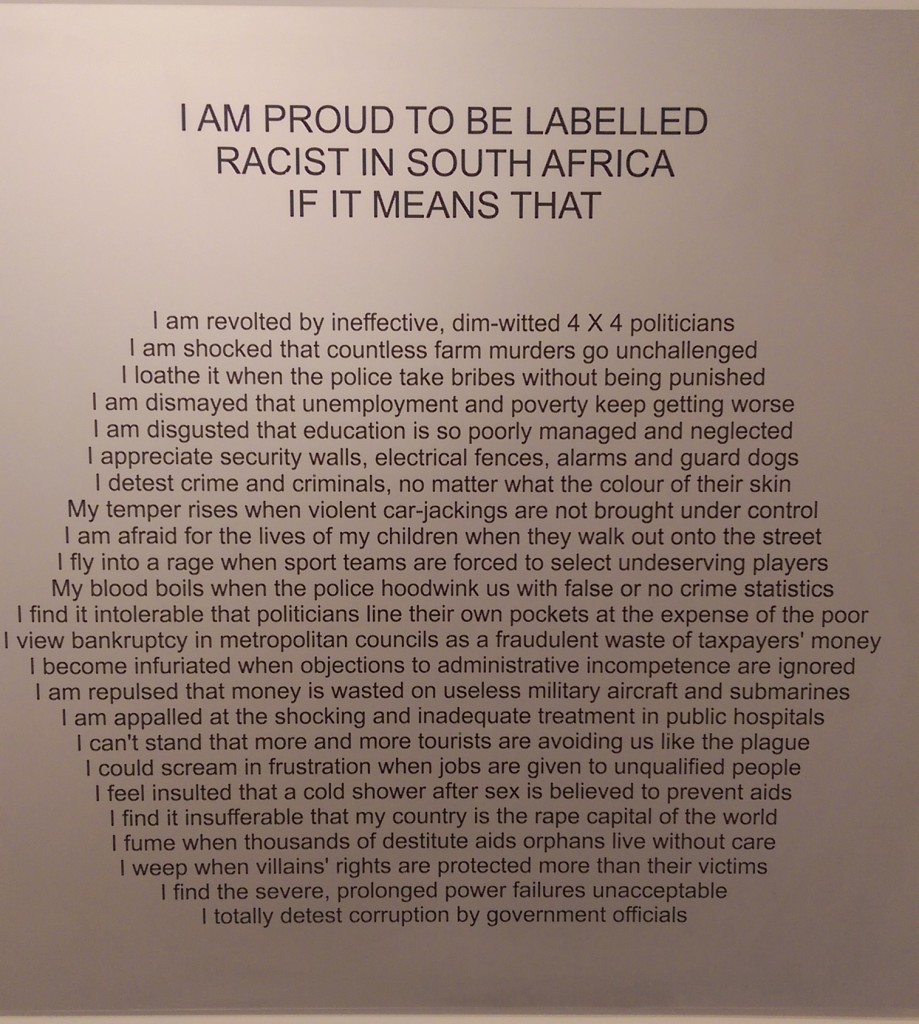 1. South African Pavilion
A politically charged knockout of a pavilion. A statement on the wall states that actions that are deemed racist are much more complex in actuality – controversial and eye opening. Plus there is a video of trials after the end of apartheid, it is moving and left me immensely sad at the lives lost and the amnesty given to those involved, which is often the cost of peace. 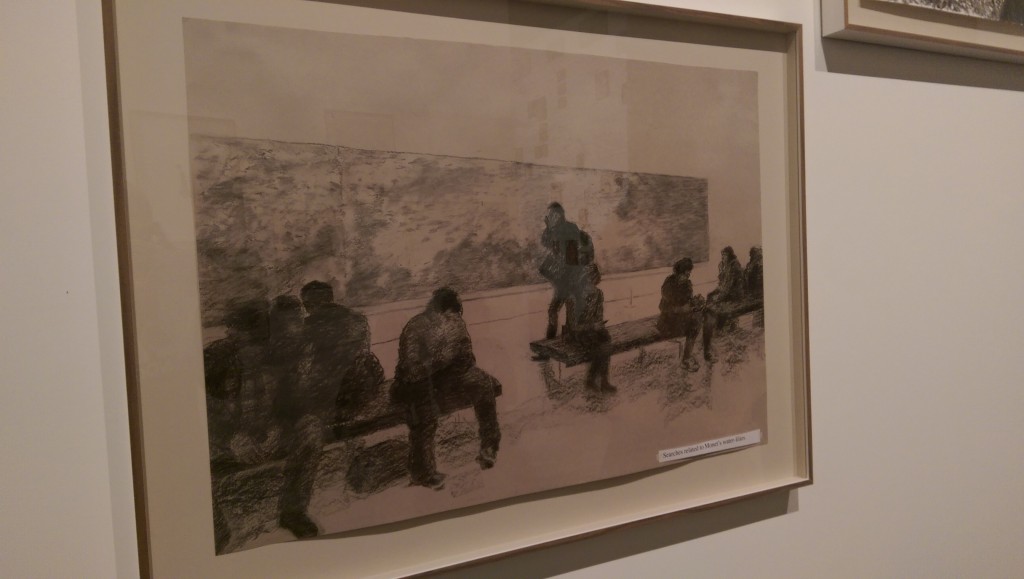 2. Olga Chernysheva – Main exhibition
She is a talented draughtswoman in her own right but I loved her hilarious captions that are witty and often surprisingly insightful – a group of people on an escalator are deemed an ‘escalation’ and an image of lots of people on their phones in the Orangerie in Paris must be researching Monet’s water lilies that surround them … right?. Reminded me of David Shrigley but better drawn and subtler. 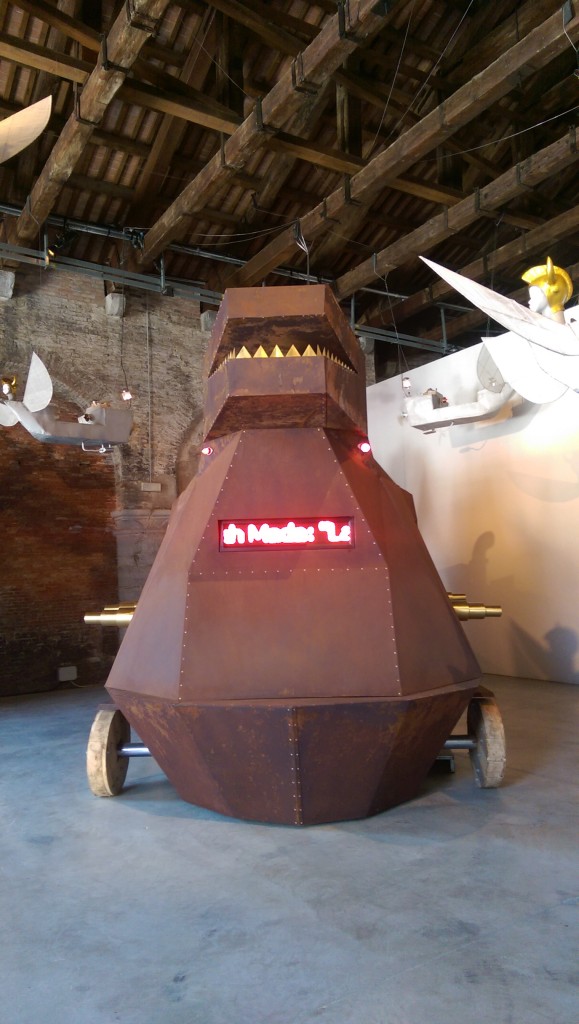 3. Indonesian Pavilion
A giant Komodo dragon is merged with a Trojan horse and inside are objects that challenge our views of what is deemed culturally significant. Plus you get to operate a periscope and who doesn’t love that. 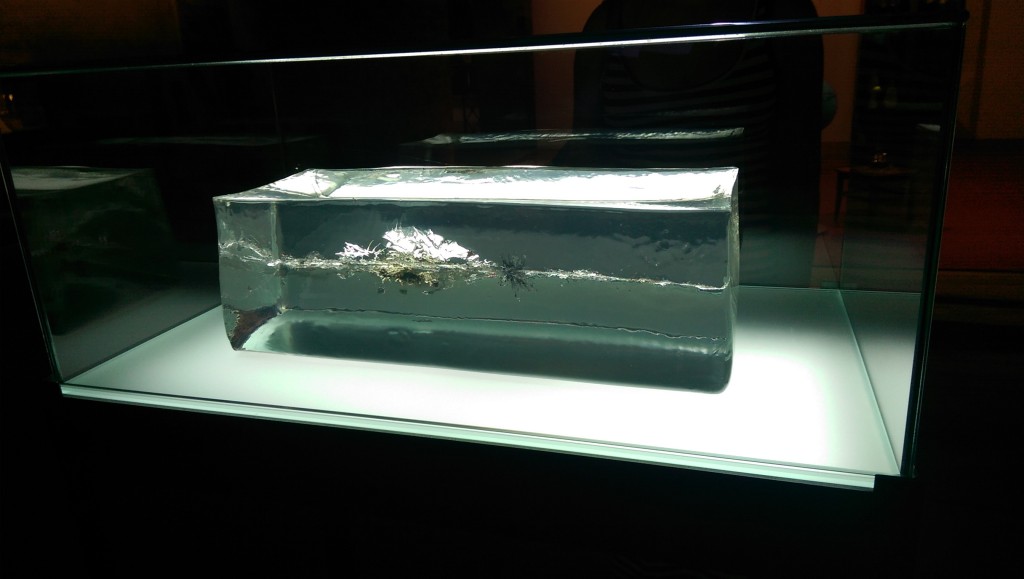 4. The Propeller Group – Main exhibition
A gel block displays the result of an M16 and AK-47 bullet shot at each other. This display sums up the cold war, gun control issues and terrorism in one simple and fun experiment. 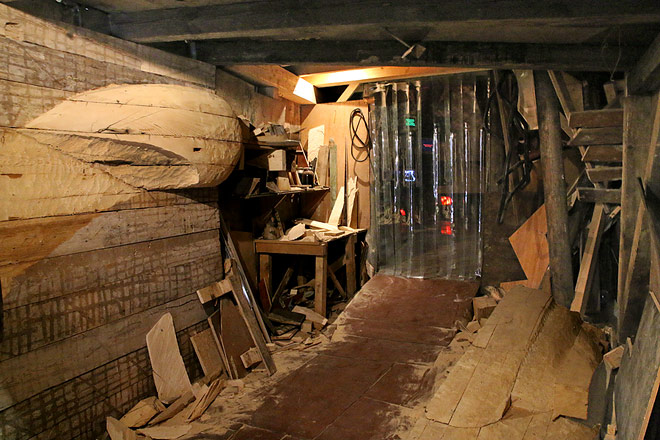 5. Latvian Pavilion
A shed may be an odd choice to base a national pavilion on but it does result in an interesting study of masculine culture and the use of car seats is a nice touch, given many Latvian men work on their cars in their spare time. Also an interactive piece with swivelling screens is delightfully bonkers.

In the main exhibition is a clever experiment where strangers leave their name and email addresses. After the Biennale only the names will be shared between users and if they both agree then email addresses are exchange – a bit like speed dating for Biennale visitors. I’ve left my details, let’s see if I get any interest based only on my name and nothing else. Though I shall reserve judgement on this work until after the event

I also liked both the Georgian and Kosovan pavilions exploring the concept of borders. The former with broken mirrors and toilets, the latter with a simpler exhibition bathed in an eerie red light. The Italian pavilion is vast and though not all of it worked for me, there are some great pieces in there.

In the next two articles we shall step out of the two main venues and explore the Biennale across wider Venice.