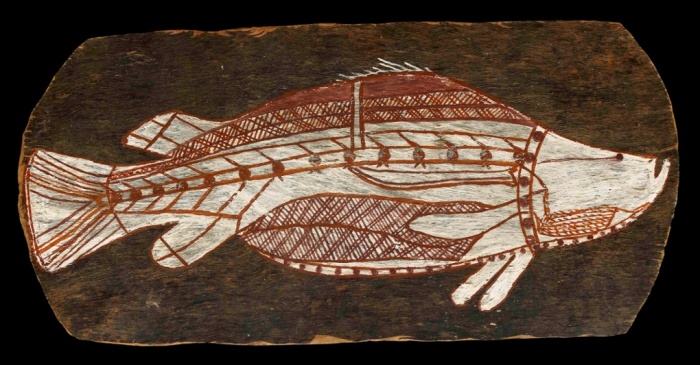 Bark painting of a barramundi, from Western Arnhem Land, c. 1961

‘Why is it called the British Museum’, I heard someone ask last Saturday ‘when there isn’t anything from Britain?’ Fair point, I thought, passing as rapidly as possible through Egypt (not easy, it’s like Oxford Street among the mummies). ‘Defining beauty: the body in ancient Greek art’ is a highly-publicised demonstration of what its curator calls ‘nudity as the costume of righteousness’. It opens, perhaps erroneously, with a climactic bronze Apoxyomenos in which the insertion of copper lips is a real coup de theatre. That said, all 120 items are worth pondering. I proceeded to the less publicised but equally excellent ‘Indigenous Australia – enduring civilisation’, which shows how the Torres Strait islanders in particular use all manner of materials with great flair: turtle shell, cockatoo feathers, wallaby teeth… Then I ascended to Room 91 for the best exhibition of Pacific Island barkcloth textiles I’ve ever seen – slim competition, granted, but it’s a fine display; then came unexpectedly across an impressive survey, through 19 large examples, of the contemporary prints of American Jim Dine. The heart is his most famous motif, though I hadn’t seen it turned into pubic hair before… two prints featured only that: looking back from them, there’s also something suspicious about one of the hearts in the selection shown below. Eros has many guises in The World Museum… 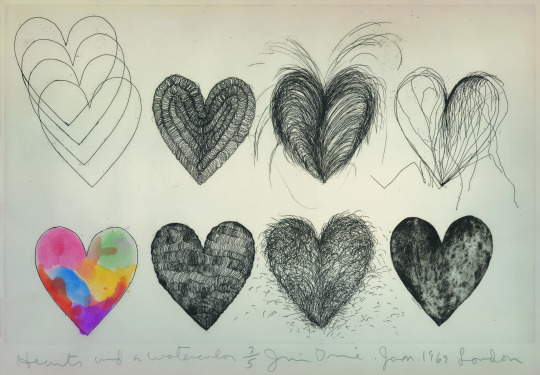