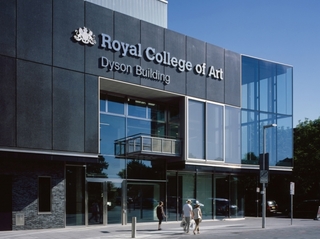 London’s Royal College of Art (RCA) has been named the world’s leading university of art and design, according to the 2015 QS World University Rankings.

With a total score of 96.0, the RCA triumphed in the art and design category, followed by a cluster of prestigious American art education institutions including Parsons The New School for Design and the Pratt Institute—both in New York; MIT in Cambridge, Massachusetts; and Rhode Island School of Design.

The announcement comes after a successful period of development for the college—which recently launched new state-of-the-art buildings and facilities in its Battersea campus—and the ambitious recruitment of a world-leading faculty, most recently Dr Jonathan Edelman, from Stanford’s d.school.

“We are delighted to be recognized as the top university for Art and Design internationally,The RCA is highly selective, taking the world’s most talented artists and designers. Those students go on to transform the world—in fine art, fashion, automotive design, and engineering,”

Dr Paul Thompson, rector of the RCA, said in a statement.

About
QS is a higher-education networking organisation which ranks universities according to their reputation among academics and employers, the ratio of faculty members to students, the number of international students and staff, and the number of citations referencing work by each universities in research papers published within the last year.
www.topuniversities.com

SOMETHING FOR THE WEEKEND: The RCA Christmas Fete Is back !