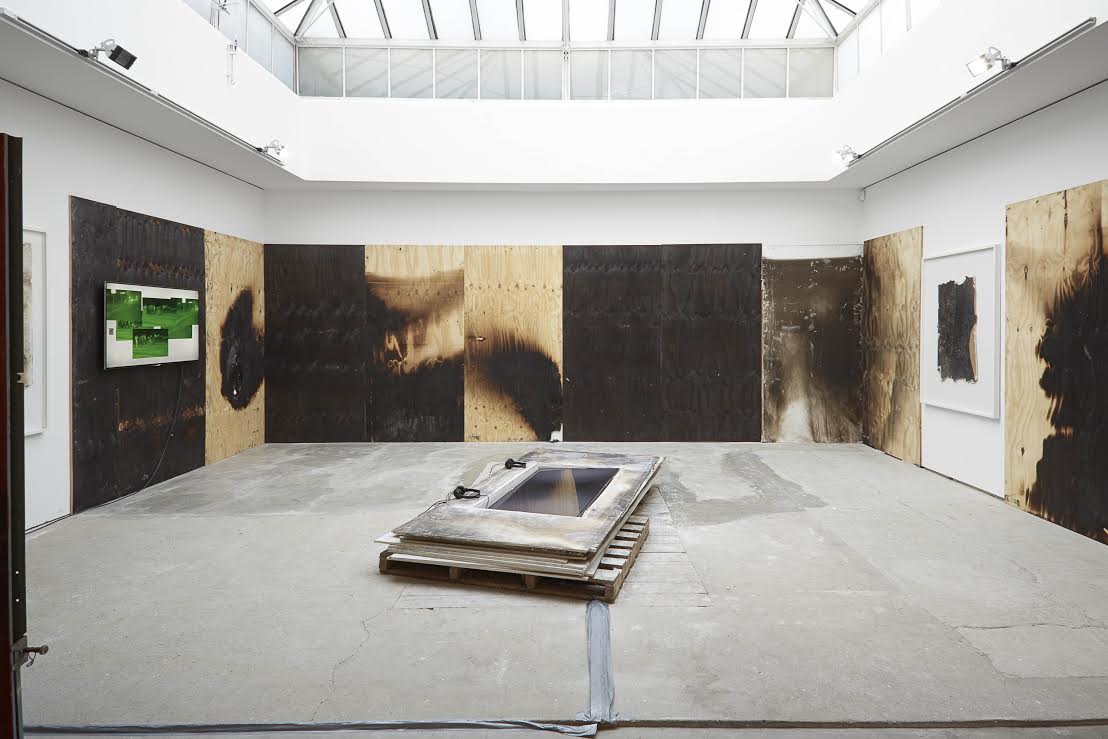 Destruction brings with it an exhilaration and a definite aesthetic, however regrettable it is, and two of the most striking exhibits in London now play on that. The stand-out work in the Lisson’s revolution-themed group show (to 7 March) is Allora & Calzadilla’s film ‘The Bell, the Digger, and the Tropical Pharmacy’, 2013, in which the scooper or wrecker on a digger is replaced by a cast iron church bell, lending a mournful and alarming resonance to the demolition of a controversially closed pharmaceutical plant in Puerto Rica. Many of the resulting visuals are decidedly painterly, adding to the visceral compulsion of the 20 minutes of footage. The first show at 74A Newman Street since Edel Assanti took over the lease from Paradise Row makes a comparable impact. The cacophonous whole floor installation ‘In Pieces’ by the young American Jesse Hlebo provides (to 21 Feb) a treble dose of trauma: news and amateur online footage of disaster and conflict such as Hurricane Sandy and the disturbances in Ferguson is installed amidst dramatically burned wood and plasterboard panels which, being created for the purpose, call attention to the degree of mediation in how the video images are presented. In an extra meta-twist, Hlebo has also framed remnants of his own art, as it emerged from an accidental studio fire: spot the difference. Hlebo, like the Lisson’s Cubo-American duo, is implicitly critical of the actions of the authorities involved. Yet in neither case does that offset the illicit thrill of the destruction. 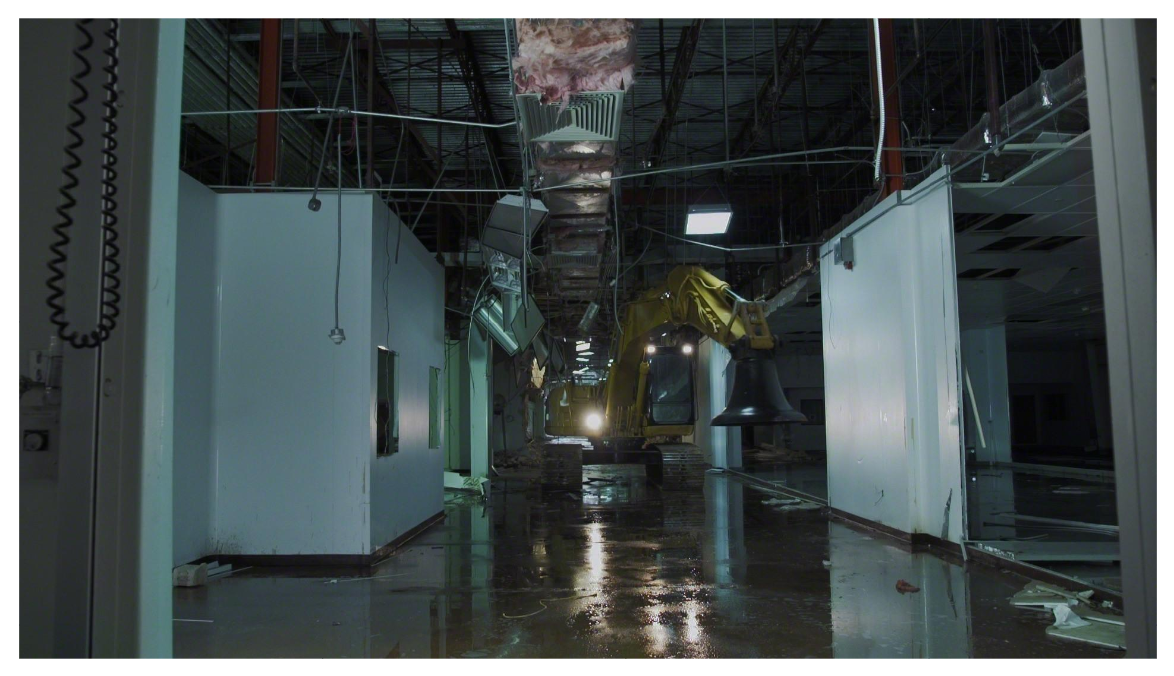 Still (before much action occurs) from Jennifer Allora and Guillermo Calzadilla: ‘The Bell, the Digger, and the Tropical Pharmacy’, 2013