Paul’s ART STUFF ON A TRAIN #143: 'What Is and Is Not Present' - FAD Magazine
Skip to content 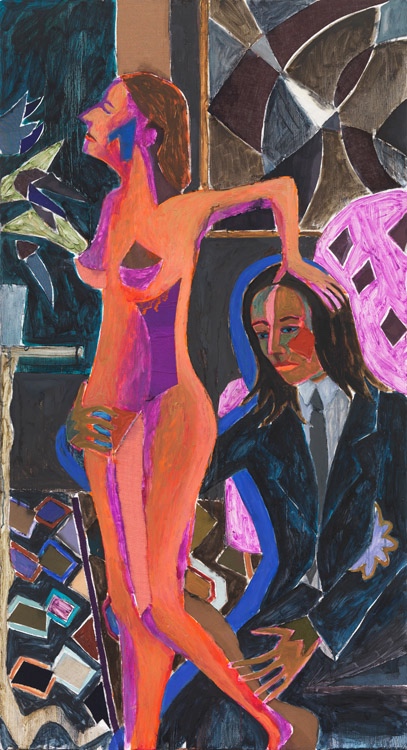 Assessment of a curation has two halves: what is there, and what isn’t? On the one hand, one could criticise S|2’s ‘The Nude in the XX & XXI Century’ (to 15 Jan) as little more than an excuse to sell a raft of paintings which Sotheby’s happens to have on consignment; point out that curator Jane Neal’s four categories of the celebrated, feared, iconographic and reclaimed male nude are fairly loose and not followed through in how the work is displayed; and suggest that it would have been more interesting to add to the women in the show (especially Louise Bourgeois, Marlene Dumas and Caroline Walker) with, say, Sylvia Sleigh, Vanessa Beecroft, Mira Dancy, Ellen Altfest, Rebecca Warren and Marion Wagschall, so expanding the challenge to the tradition of the male gaze. On the other hand an attractive catalogue accompanies a fascinating mix of forty-odd works which also includes a radical Kees Van Dongen, two compellingly creepy paintings by Martin Eder and a chance to see Sue Webster and Tim Noble’s paintings of each other made with their feet (see https://vimeo.com/111293345). It’s also the first time I’ve seen Arin Boehm’s work in London: ‘Gravity’ is typical in showing a version of the Berliner himself acting out the suavely bohemian artist in a post-cubist space with fabric collage for emphasis. And I was struck by a jewel-like 6 x 9 inch Picasso oil of his sleeping Marie-Thérèse motif at its passionate height. So what is here is well worth seeing… 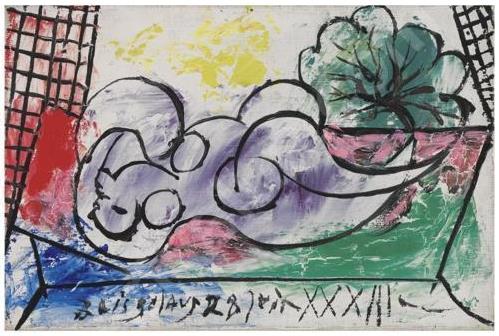