Given his renown in France, confirmed by a 2012 Pompidou retrospective, it’s odd how little Bertrand Lavier (born 1949) has been shown in London – but suddenly three moments amount to a retrospective of sorts. Outside the Serpentine’s Sackler Gallery (to 4 Oct) is a fountain made of multiple multi-coloured hoses. Massimo De Carlo (to 31 Jan) has the abstract paintings he derived from those made by Mickey Mouse in a Disney cartoon, and a room of mirrors painted in expressive silver to almost blur out the viewer as Lavier reflects on the brushstroke as a means of representing the reality denied. And Almine Rech (to 20 December) has just shown four pieces, including an inkjet print from a South African flag overpainted in the thick ‘Van Gogh style’ which Lavier has most famously applied to items such as a still-functioning piano. Lavier attributes some of his desire to destabilise categories – is an object or a painting? – to an awareness of grafting, picked up from his five year training as a horticulturalist. All of which adds up to an engaging post-Warholian way of questioning the boundaries between the everyday and the artistic, and between high and low culture. So how about an institutional survey, s’il vous plaît? 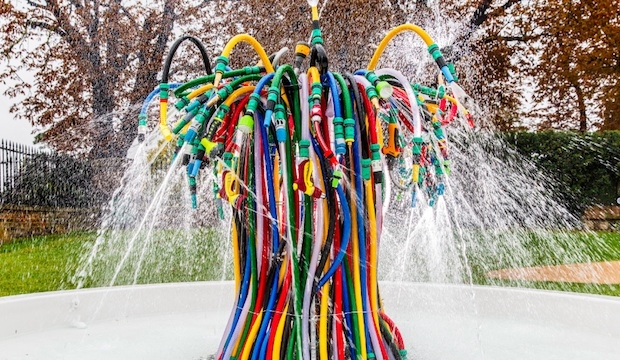 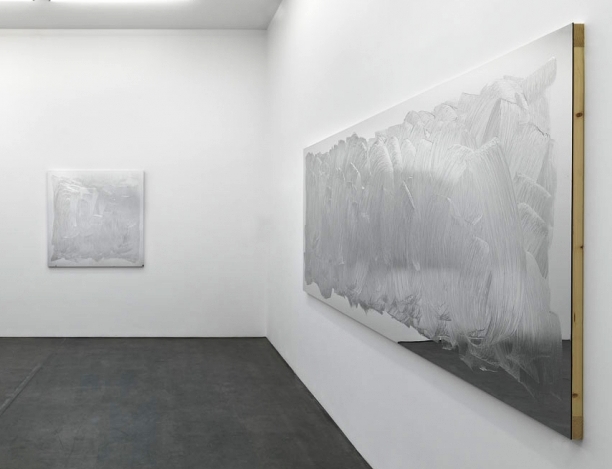