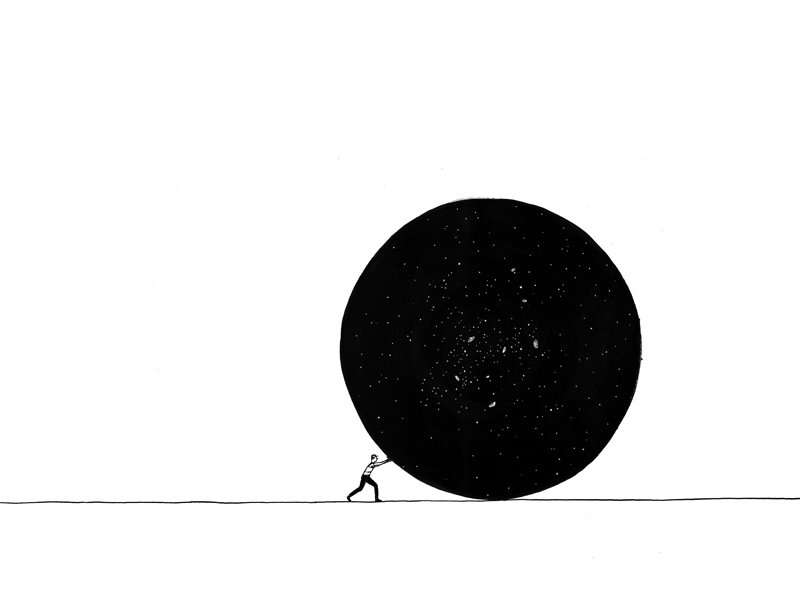 Opening the December, 11th with a sound performance by Paul Souviron 6.30pm-9:00pm

The body of work drawn by Vincent Broquaire expresses relationships between nature and new technologies, at the center of which Man imposes himself as the great decision maker and manipulator.

Landscape plays a driving role in his work, it is considered as a technical construction that Man transforms according to his needs and whims. The artist thus builds a critical understanding, fed with irony and poetry, of Man and his insatiable need to control his environment. He analyzes the mechanisms of a system allowing “Man to play God.” A system translated by drawing, where the real and the fictional merge.

For his third solo exhibition at XPO Gallery, Vincent Broquaire stretches the limits of this game by inviting us to observe and to experiment the creation of the universe.

The terrestrial landscape extends to dark matter. Through drawing and video installation, he works on the concept of Cosmogology, a term which hybridizes at the same time the fields of cosmogony and cosmology. If both disciplines deal with the history of the creation of the world, they take two different paths to recount it.

Cosmogony rests on the myths and legends created in part by the religions, whereas cosmology, a science affiliated with astrophysics, establishes the origin of the creation of the world, based on scientific research and proofs. Myth and science thus merge in a single territory: that of drawing.

Vincent Broquaire makes opposing fields dialogue in order to produce a new history, a new point of view. On the wall, the drawings on paper show a logical order, from an evolution which begins with the Big Bang towards the creation of a planetary system. The artist recalls the different stages of the relation between the human, dark matter, and the constitution of the universe: observation, displacement, manipulation, exploration and colonization.

A cosmographic and deep journey amplified by a sound environment specially produced by Paul Souviron, which merges space sounds recorded by NASA, sounds coming from natural disasters and synthetic sounds. Little by little, we penetrate dark matter which Man probes first with his own body, then with machines. The drawings underline an instinct for domestication and supervision.

Scientific advances permit mastery of the body and of the immediate and wider environment. And that includes the path of the stars, since the artist invites us to continue the space conquest by lying down on cushions arranged on the floor.

On the ceiling, a constellation is projected. On a black ground, the stars are linked together by connections, wires on which human beings meander. They go from one star to another in order to verify the correct functioning of the system: the level of twinkling, the fluidity of motion and cohabitation. The effect is completely mastered. Vincent Broquaire makes landscapes– earthly or extraterrestrial, a perfectible décor constantly produced. Armed with his apparatuses, Man modulates, displaces, amplifies, holds, unveils, increases or suppresses each element of his own décor. With a gaze that is at the same time both conscious and off the wall, Vincent Broquaire manipulates the smaller and smaller space between the real and (science) fiction. 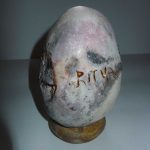 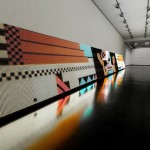 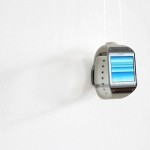 Wear art on your wrist! A group show on very big and very small screens! 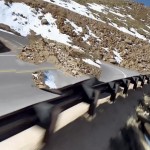