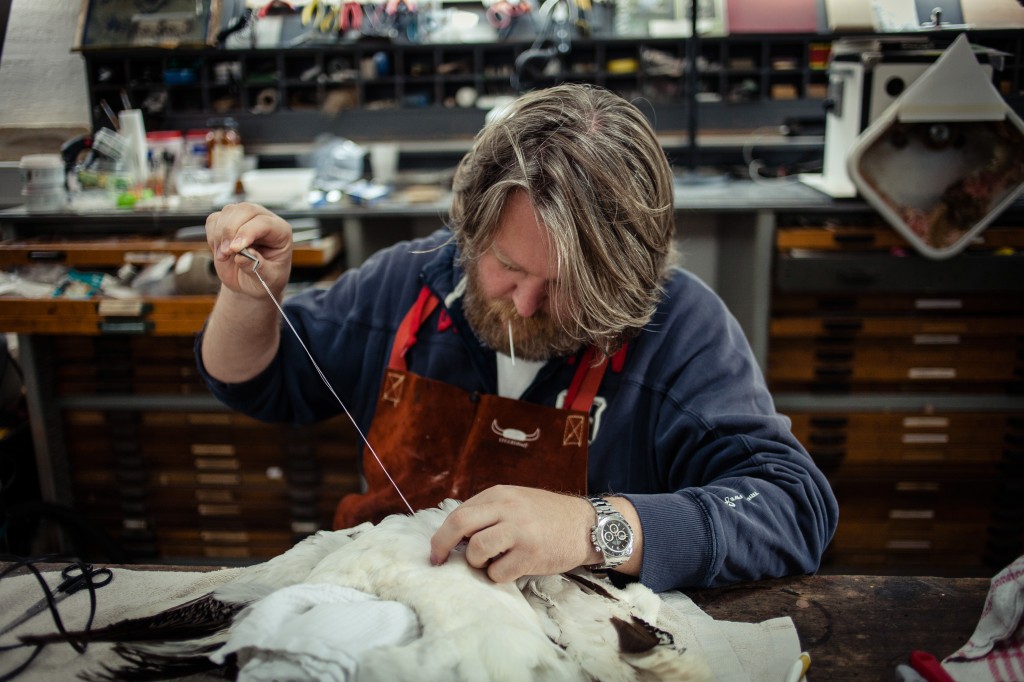 Shapero Modern is to present as its inaugural exhibition, Natural Selection, a group show highlighting the importance of the study of nature from the Seventeenth Century to the present day. In particular, it examines how artists have sought portray the animal kingdom, and brings together more than twenty artists working in a variety of media, including engravings drawn from the Shapero archive.

The largest body of work comes from Andy Warhol (1928 – 1987) in the form of his celebrated Endangered Species series, of which five will be on display. Created in 1983, it comprises ten colour silkscreen prints portraying animals that were at risk of extinction, including the Siberian tiger, the San Francisco silverspot and the iconic bald headed eagle. Using brilliant colour characteristic of his signature style, and poignant expressions suggestive of the animal’s fate, the artist created a dynamic tension between art and reality.

Warhol’s fluorescent colours are in direct contrast to some of the older works on display, particularly the engravings of Albertus Seba (1665 – 1736), which depict fantastical creatures conjoined at the head. And while the celebrated pop artist embraced artificiality, two of the other featured artists, Jaap Sinke and Ferry van Tongeren, strive for the opposite in their artfully created taxidermic works. It is telling that the atelier in which their creations are made is called ‘Darwin, Sinke and van Tongeren’ in homage to Charles Darwin this seminal tract, On the Origin of the Species, proposed the theory of natural selection, from which this show derives its title.

Sinke & van Tongeren have created a number of works especially for the exhibition, including Snake Heraldry, 2014, a disturbing collation of large, poisonous snakes, including a cobra, a black mamba, a python, an adder and an anaconda. Mesmerising and frightening in equal measure, it offers the viewer the opportunity to see the intrinsic beauty of these deadly reptiles from which they would normally recoil. Another work, Specimen Jars, 2014, depicts a lounge of lizards crawling from a row of Seventeenth Century specimen jars, while Throne, 2014, presents a blue-eared pheasant, two lilac-breasted rollers and three rare European bee-eating birds arranged around a carved wooden throne. In addition, the artists have created a number of photographic works, Called “empty birds”, these are taken when the artists bathe the skins of birds after tanning them. During that time they begin to f loat, creating a graceful ‘water ballet’ effect.

A similarly unsettling aesthetic pervades Polly Morgan’s taxidermy. Her sculpture SUNNY SIDE UP, 2011, features a tiny quail chick standing in a puddle of its own blood in a shattered light bulb, its throat braced towards the severed glass, hinting at a final act of violence to free itself from an impossible situation.

Other works include Apes, 1908–9, an exquisite and extremely rare lithograph by Edvard Munch (1863 – 1944), and Jeff Koons’ playfully kitsch Puppy Vase, 1998, a sculpture of a pampered and grumpy looking ornamental dog that looks as if it has just been ejected from the lap of its wellheeled lady owner, which seems to question our relationship with animals – are they really our ‘friends’?

‘The show brings together works that capture nature in all forms. Our relationship with the animal kingdom is largely unexamined – being the dominant species it is taken for granted. As with most things, it is artists who make us see it in another way.’