There are loads of art events such as private views, artists talks, and screenings happening around London. To help you with the choice Jenny Judova from Art Map London will be advising on what events seem worth attending during the week.

Private view Tom de Freston: Orpheus and The Minotaur @ Breese Little at 6-9pm
BREESE LITTLE are delighted to announce the major new book, Figuring Out Figurative Art, published by Routledge in September 2014. The gallery has played an active role in the conception, direction and delivery of the book, which features several essays on de Freston’s work.
http://artmaplondon.com/artmap/events/private-view-tom-de-freston-orpheus-and-the-minotaur/
Breese Little, 30b Great Sutton Street, London, EC1V 0DU 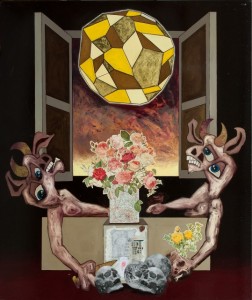 The Legacy of Cybernetic Serendipity with curator Jasia Reichhart @ ICA at 6:30pm
Cybernetic Serendipity, the landmark exhibition curated by Jasia Reichardt in 1968, is being celebrated in the Fox Reading Room with a display of documents, installation photographs, press reviews, invitation cards and publications.
http://artmaplondon.com/artmap/events/the-legacy-of-cybernetic-serendipity-with-curator-jasia-reichart/
ICA The Mall, London SW1Y 5AH

Peter Dreher: Just Painting @ Tenderpixel at 2-6pm
A one-day exhibition of two paintings from the series ‘Every Day is a Good Day’, a remarkable series of over 5,000 paintings by Peter Dreher of the same, empty drinking glass, produced since 1974. http://artmaplondon.com/artmap/?p=2515
Tenderbooks and Tenderpixel 6 and 8 Cecil Court, London WC2N 4HE 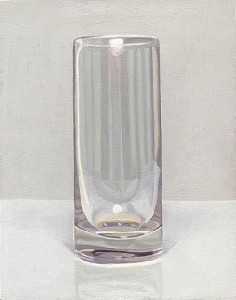 Private view Spotlight 2014: Lisa Selby @ Andipa Gallery at 6:30pm
For this performance Selby exposes a relationship between science and gender by approaching the subject of women and botany in England during the nineteenth century. Botanical illustration was thought to be a ‘polite’ and informal hobby for early Victorian women with time on their hands. Early Botany was gender coded and associated with such ‘feminine’ skills as flower arranging and flower painting. However After Charles Darwin’s The Origin of Species was published in 1859, the Victorian public became fascinated with natural history and botany and several women began emerging as prominent botanical illustrators. In reaction the male establishment reimagined and redefined botany as a ‘serious’ science rather than a female pastime and with this, female works were often published anonymously to avoid any link with a woman’s name to their commercial ventures. Women became the botany community’s “invisible technicians,” carrying out scientific work behind closed doors, receiving no credit for highly technical drawings.
http://artmaplondon.com/artmap/events/private-view-spotlight-2014-lisa-selby/
Andipa Gallery 162 Walton Street, London, SW3 2JL, UK

Private view Mike Atherton ‘…but there’s one in the window’ @ Stour Space at 7-10pm
This is a witty, inventive, entertaining and sometimes very funny collection of sculptural artworks. Tommy Cooper’s brush with entomology gives the clue to the creative imagination and sense of humour at play here. In this show Mike Atherton concentrates on the sculptural possibilities of bio mimicry by constructing entomological forms – bugs and creepy crawlies of all sorts – from mechanical components.
http://artmaplondon.com/artmap/events/private-view-mike-atherton-but-theres-one-in-the-window/
Stour Space 7 Roach Road, Hackney Wick, London E3 2PA 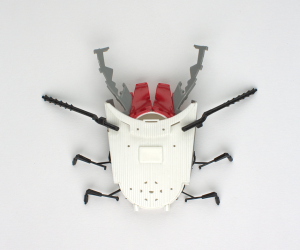 Private view ‘Confusion in her eyes that says it all’ @ Maria Stenfors at 6:30-8:30pm
Confusion in her eyes that says it all brings together three artists who each in turn explore perceptions of intimacy and communication, deceptive illusion and control. Humble, everyday materials are transformed, creating new narratives and spaces that draw us in and make us question the nature of experience. Hereby, the exhibition examines the unique perspective an individual experiences at a particular moment in time, and the altered perceptions evoked by an artwork.
http://artmaplondon.com/artmap/events/confusion-in-her-eyes-that-says-it-all/
Maria Stenfors unit 10, 21 wren street, london wc1x 0hf

Friday Salon: Making Room: Domestic Spaces as Exhibition Places @ ICA at 3pm
Artist led projects that use flats and intimate living space as exhibition spaces denote a resourceful way to establish a system of art production on their own terms, while becoming spaces for friendship, collaboration and participation.
http://artmaplondon.com/artmap/events/friday-salon-serendipity-after-cybernetic-led-by-dr-nick-lambert/
ICA The Mall, London SW1Y 5AH