It’s nearly the weekend and it’s definitely time to think about cocktails.

For anyone who’s seen The Big Lebowski, Jeff Bridges and White Russians go together like peaches and cream.  In this new short film, produced by Kahlua (the key ingredient in a White Russian) award winning director Ivan Zacharias plays with the classic crime noir tropes in the story, narrated in flashback by Bridges, of a pickup gone pear shaped.

As with every great film, there’s a great mystery. And Kahlúa® is now offering you the chance to win the ultimate White Russian prize by answering cinema’s age-old question: what’s in the case?

Step One: Visit www.promoentries.com/kahlua and watch the film.

Step Two: Enter your details and tell Kahlúa® what you think’s in the case.

Step Three: Make yourself a White Russian and wait to see if you’ve won. 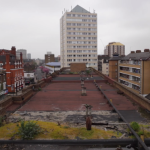 Short films highlight London housing crisis: ‘Coming from the high rises, there was no other option but to rise high’

David Lammy’s Fourwalls film project asked London’s residents to share their experiences and stories of life in the capital. We round up some of the best short films, revealing the realities of the city’s housing crisis