Short films highlight London housing crisis: 'Coming from the high rises, there was no other option but to rise high' - FAD Magazine
Skip to content 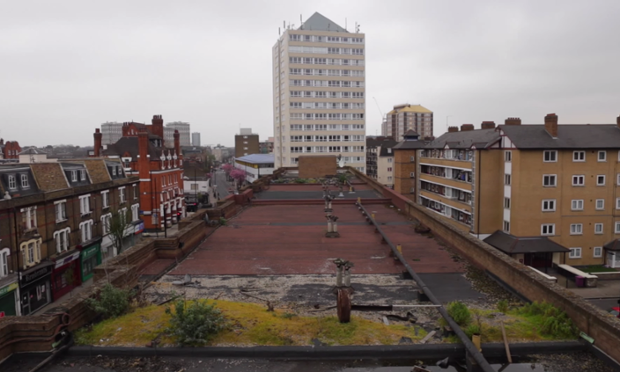 A still from At Their Mercy, a film by Tim Band

This article titled “Short films highlight London housing crisis: ‘Coming from the high rises, there was no other option but to rise high'” was written by Francesca Perry, for theguardian.com on Monday 19th January 2015 16.22 UTC

London is experiencing a housing crisis. In the call for more truly affordable places to live in the capital, whose voice will be heard? David Lammy, Labour MP for Tottenham and mayoral hopeful, hopes that by giving a platform to London’s residents it will help articulate this critical issue.

That is what Lammy has done with Fourwalls, a short film project he established last year inviting Londoners to showcase the reality of housing in the capital through three-minute ?lms. Last week, the project’s jury of housing and ?lm industry experts shortlisted 10 submissions and picked one winner; all were screened at the London Short Film Festival.

The films explore the varied experiences of living in London, shedding personal light on the the challenges and changes of residing in the capital – from gentrification and squatting to sub-letting and government repair programmes.

We’ve rounded up a few of our favourites below – you can see the other shortlisted films here.

The winning film is an immensely powerful portrait of life in the capital for those not part of an increasingly wealthy elite, highlighting the stark contrasts of the city. Two poetic monologues narrate a series of nighttime shots of housing blocks and terraces: “Coming from the high rises, there was no other option but to rise high.”

The film comments on how gentrification is impacting life in London, with tales of the proliferation of luxury housing developments and hipster appropriation of neighbourhoods and communities: “I wonder when these luxury flats they’re building will start to look like uncared-for old news … I wonder how they look at us, when packaged and sold as an area of cultural diversity; it’s funny how being a minority makes you a novelty in times of gentrification.”

Bishopp’s film follows Bermondsey resident John Lynch around his local neighbourhood, reflecting on how his area has changed since he was born there in 1937. He describes moving into his first council flat as “paradise”; now, however, rising costs are forcing his family to move away.

At Their Mercy by Tim Band

As part of the government’s Decent Homes programme, residents of Keats House in Bethnal Green are being asked to pay over £16,000 each to fund repairs to their housing block. If they cannot pay, they will be forced to leave their homes. Tim Band’s film presents the stories of a couple of residents facing the crippling costs – and their fears for the future.

In Ur Eye by Ayo Akingbade

Akingbade’s film reflects on the experience of gentrification in Hackney as well as the issue of social cleansing: “There’s this parallel of wealth, poverty, aspiration and hopelessness – and then a question arises of: ‘Where do I stand? And will I be kicked out eventually?’”

“You can’t pay rent and eat at the same time if you are on mimum wage,” Mead tells us in this film about the realities of squatting in London. Set in the squat in which Mead lives – and is soon to be evicted from – the film criticises the legislation and stigmatisation surrounding squatting, explaining how it is the one thing enabling some people to live in the city.

What are your experiences of housing in London? What are the challenges or opportunities? Share your thoughts in the comments below