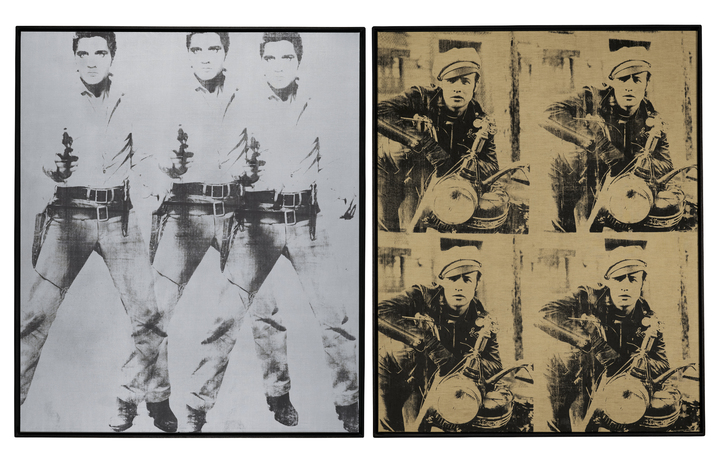 You can catch the three greatest cultural icons of the 20th century representing the ultimate heroes of art, music and cinema in the next two months as Christie’s tour two iconic portraits by Andy Warhol featuring Elvis Presley and Marlon Brandon ahead of an auction at Christie’s New York on November 12th.

Together Triple Elvis [Ferus Type] and Four Marlons are expected to realize in the region of $130 million.

The arrival on the market of Triple Elvis [Ferus Type] and Four Marlons, the two greatest icons of the 20th century culture, never seen at auction before, is an exceptional and unique opportunity for collectors and institutions to acquire iconic masterpieces.