With the Post Digital – Are we there yet? exhibition coming to a climax, Paul Hellard a technical features writer, joins the debate, digitally from Australia for the Post Digital Symposium.

Do you agree with the terminology? And what does it mean to you?
‘Post Digital’, as far as I see, isn’t so much meaning we have entered into a period where digital is now in the past or that we are into a period beyond digital. We are now in an era where the format indeed isn’t important. I think perhaps we are now in the post Colour stage of Television, and in the post 3D stage of Cinema, as we are in the post stretched canvas stage of oil painting…. Yes, of course there is the option of digital in the creation of creative arts, but the medium as not the issue. Art is the medium, and creative expression is the message. The digital use of the thought process is the next step.

What does it mean to be fully integrated with the digital? Does it come in the form of wearables and cyborgs (technologies penetrating the physical body space) or is it a state of mind where we experience everything through digital mediators?
Definitely a state of mind. Wearables will show not only the wearer how everything is where they are, (as if they needed to know), but also show everyone else where the wearer is (as if they wanted to know). I may well be a tough judge, but I’m yet to see an application of wearable technology which isn’t a mere extension to a game, a phone or a Twitter account. To be ‘fully integrated with the digital’ is to be online and omni-present to the observer. Everyone knows Ray Kurzweil’s Singularity is coming, so cyborgs are almost at the stage of being in control of the uber-presence. They know where they are, they know where you are and you’d better watch out if you’re not in the right place. They might turn out to be the digital mediators of the future.

What is the future for ‘Post Digital’ – do the panel see it becoming more widely accessible or will it remain somewhat out of reach of the general public?
I believe that expressive arts will have a major disruption in future in research into experimental areas of science and a new math. Post Digital looks past the Oculus Rift, out into the next decade, where digital arts and blue sky research will be most useful for exploring a new plane of scientific research. Think tanks will use these freeform gestures as triggers to real-world solutions. Resource exploration, fusion reaction fuel cells, political mind sourcing, insurance and legal mediations and medical research. As a key to solve the deep Chaos, human artistic exploration will light the way for weather risk calculations that span weeks. As arts and creative exploration reach into new aspects of human expression, these same chaotic thoughts will shine light toward solutions for natural patterns. 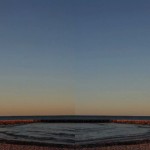 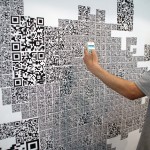 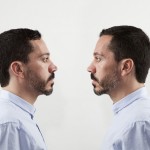 Currently exhibiting in DegreeArt’s ‘Post Digital’ show, we talk to multi-media artist Gabriel Andreu to find out more about his practice, and what the Post Digital era means to artists in today’s creative sphere.