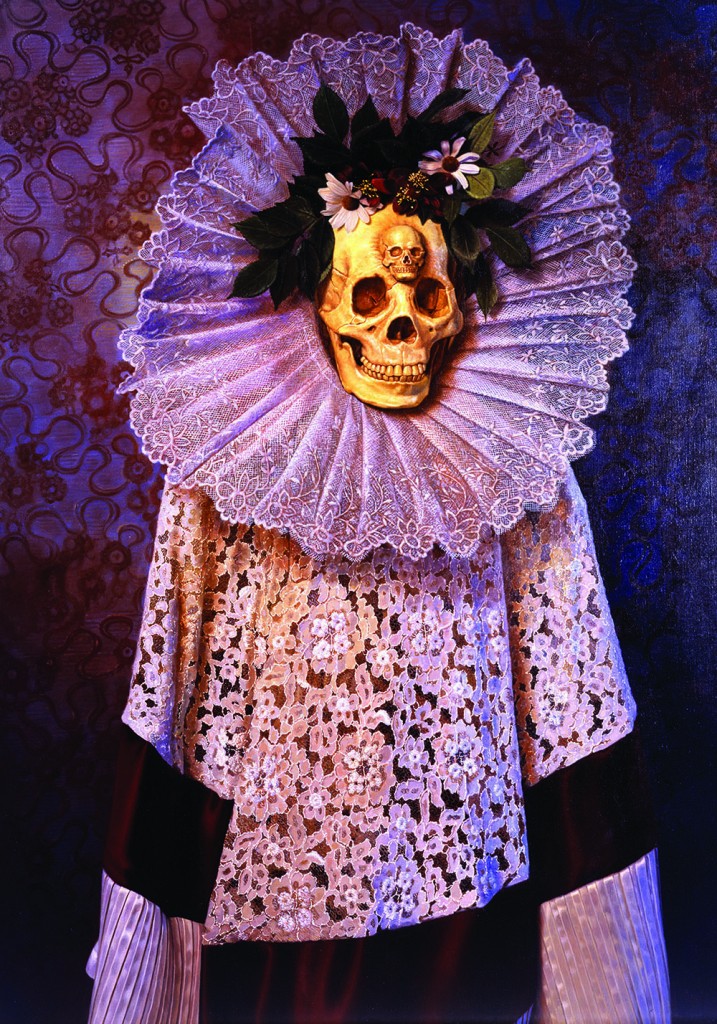 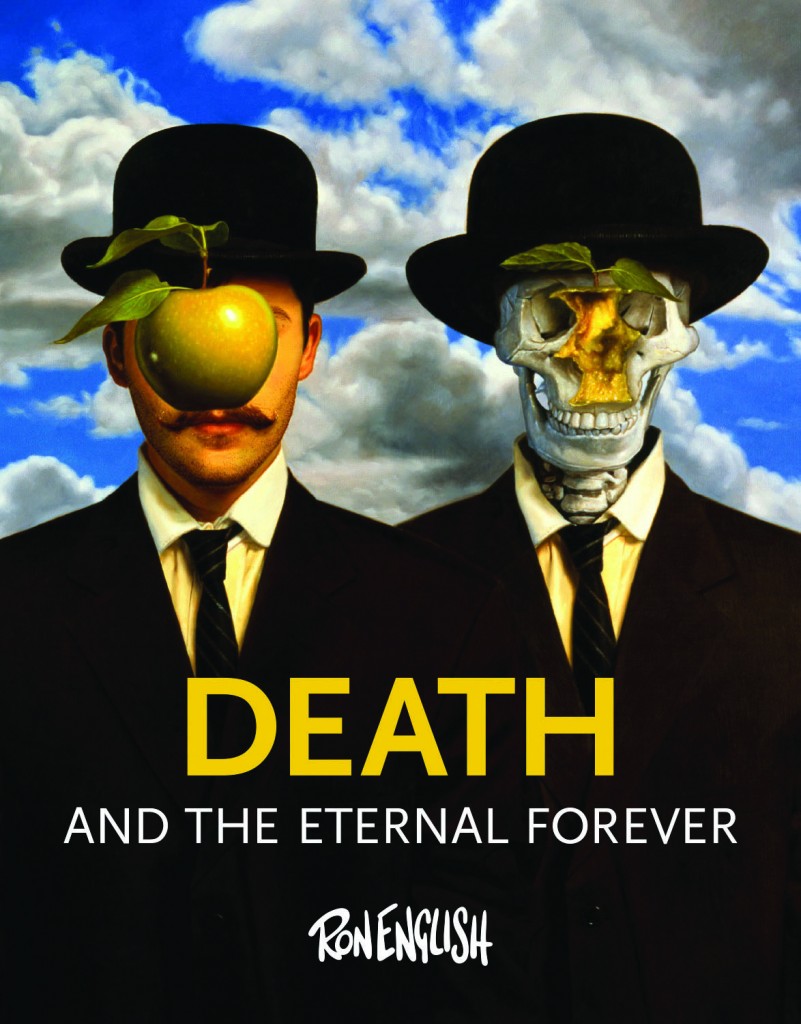 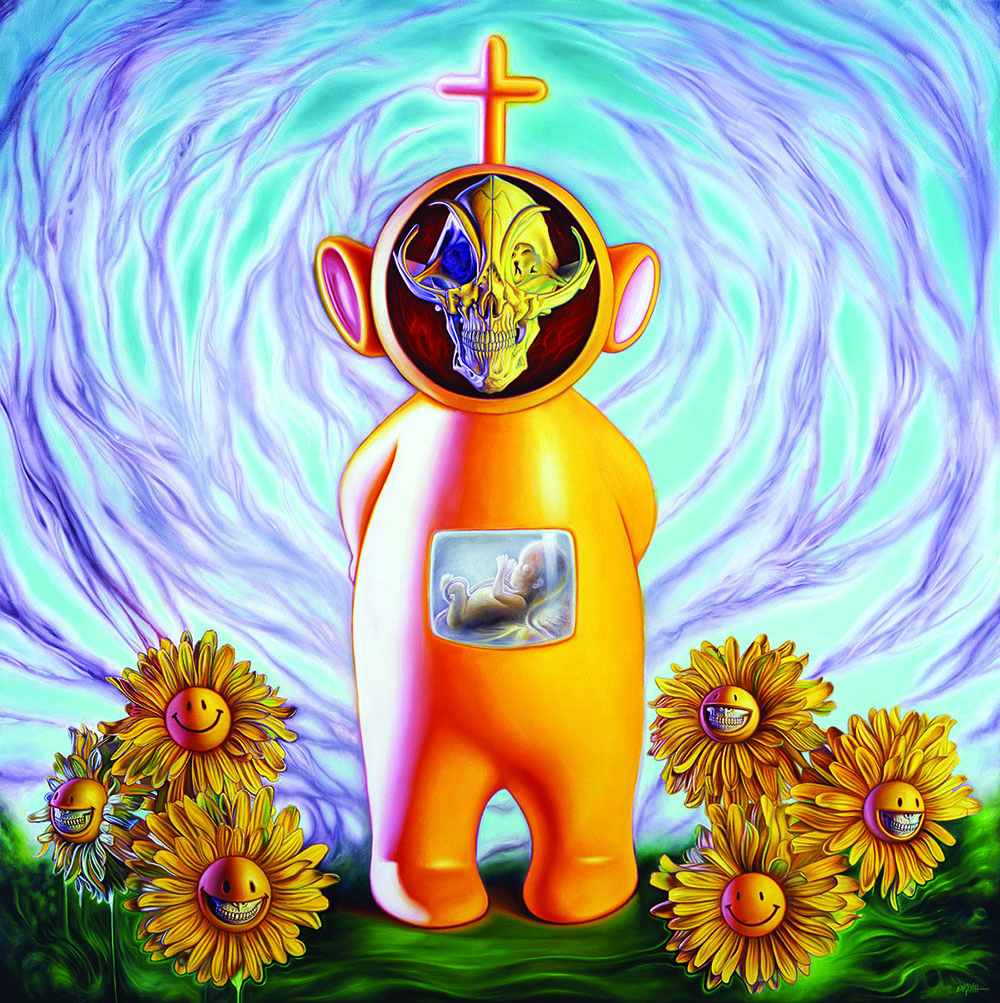 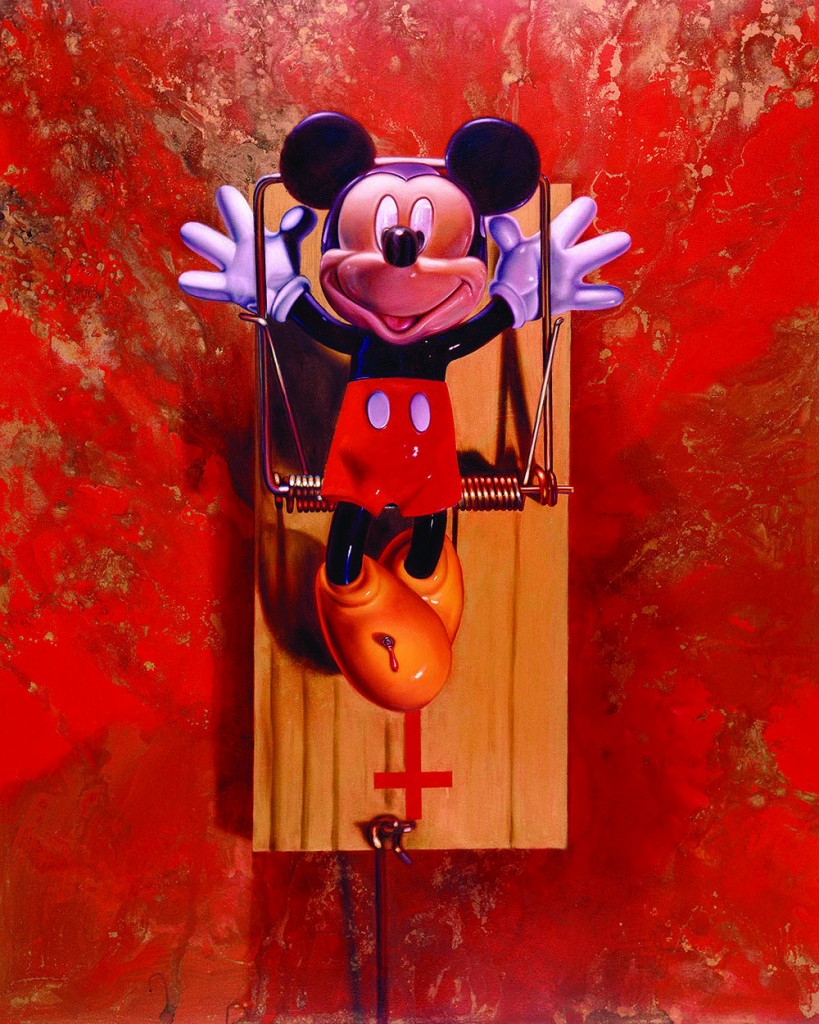 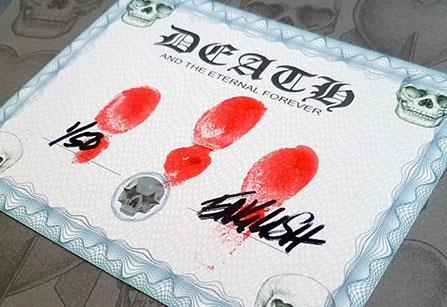 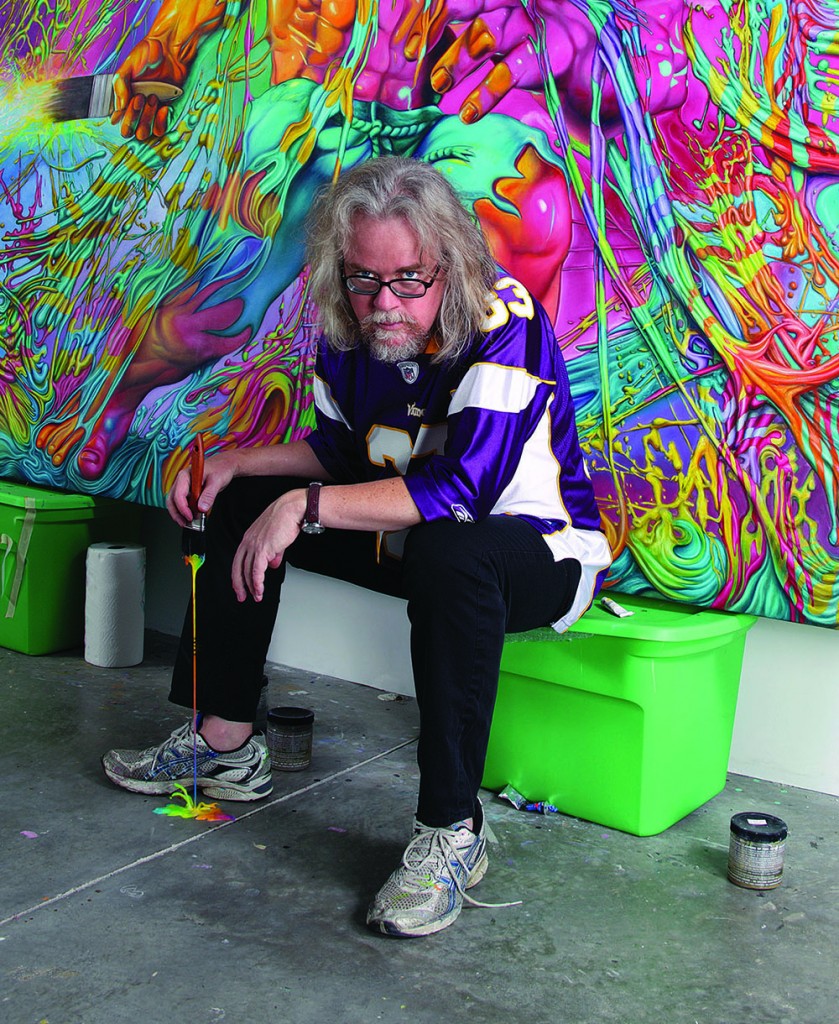 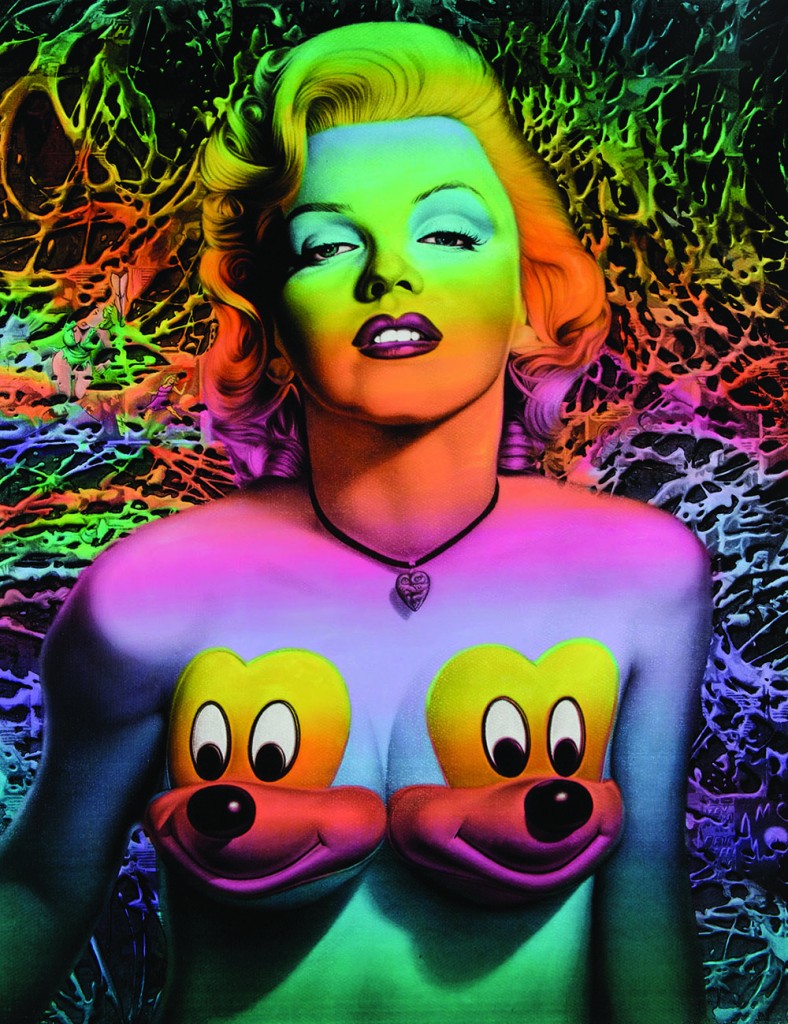 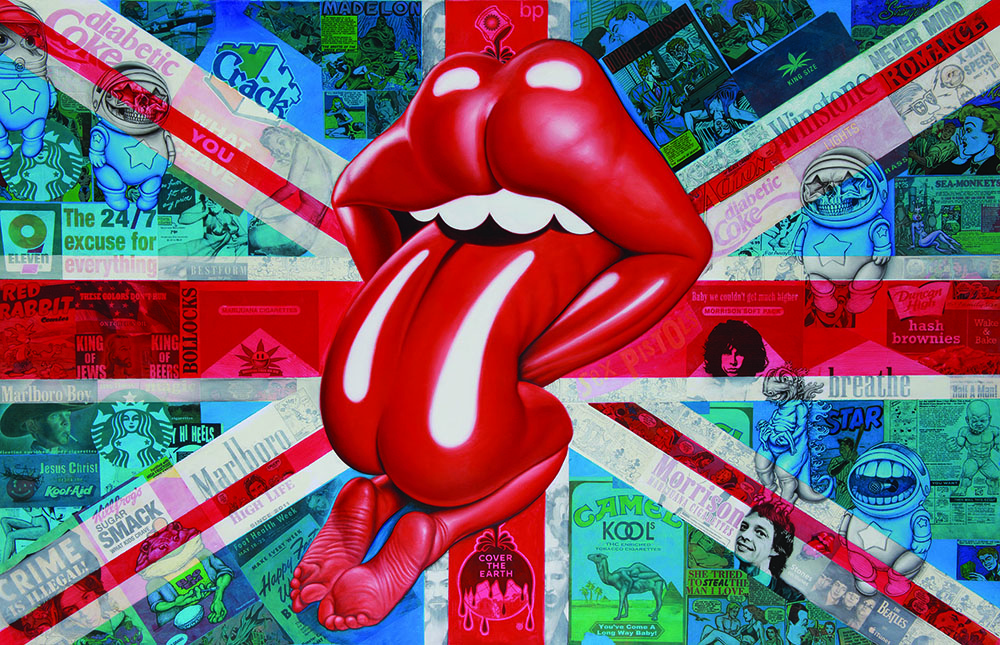 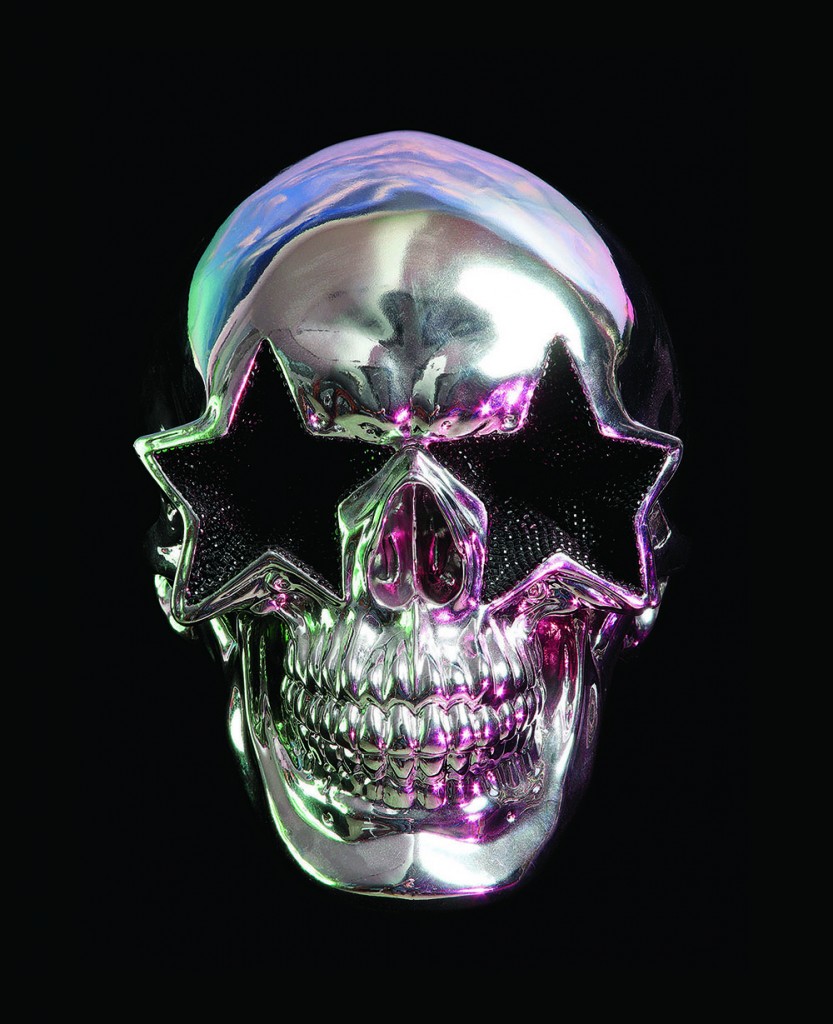 “…a latter-day American hero, a Robin Hood who does not so much steal from the rich as steal the rich’s thunder by making their products seem wicked or idiotic.” — The Guardian

“…one of the art world’s most effective and visually candid critics of this or any troubled time.” — Juxtapoz

Death and the Eternal Forever is the new book from fine artist and street art legend Ron English. In this collection of visually astonishing and bitingly funny work, English explores his belief that all art is a futile attempt to cheat death, and death is the thing that gives all art meaning.

Featuring more than 170 of the artist’s iconic paintings, sculpture, and vinyl figures, Death and the Eternal Forever teems with fantastically twisted creatures, from three-eyed rabbits and his signature udderly delicious cowgirls to grinning skulls. The book is published by independent publishing house Korero Press.

The starting point for Death and the Eternal Forever is English’s own shocking encounter with death; he was once kidnapped by a knife-wielding artist who demanded he assess his work. Questioning the sincerity of English’s comments, the artist then destroyed his life’s work with his knife. English managed to escape, but the experience of witnessing the destruction of the artwork, or as English calls it “a suicide by proxy”, profoundly impacted his outlook:

“Art that has outlived its creator exists beyond the reach of death, and its ultimate purpose may be to preserve the high marks of human consciousness for unborn generations. It is, at its core, a very human attempt to outwit death, or at least to protect those divine flashes that are too new and fleeting to be encoded and preserved in our DNA—to protect this thing we most covet, which is uniquely ours, from extinction.”

About the Artist
Ron English has bombed the global landscape with countless unforgettable images: on the street, in museums, in movies, in books and on television. Coining the term ‘POPaganda’ to describe his signature mash-up of high and low cultural touchstones; from superhero mythology to totems of art history, his work is populated with a vast and constantly growing arsenal of original characters.

English featured in the hit movies Super Size Me and Exit Through the Gift Shop, and hosted Britain’s The Other America series on Sky TV; he has also made numerous television appearances worldwide. He is the subject of the award-winning 2006 documentary POPaganda: the Art and Crimes of Ron English and the 2009 documentaryAbraham Obama. He has exhibited worldwide in numerous prestigious galleries and his work resides in the permanent collections of Rome’s Museum of Contemporary Art (MACRO), Paris’s Museum of Modern Art, amongst others.

English continues to create art that propels unstated cultural norms just beyond the bounds of comfort into a disconcerting realm simultaneously hilarious and terrifying.

Death and the Eternal Forever is available online via www.koreropress.com, or in-store at Atomica Gallery, 29 Shorts Gardens, London WC2H 9AP.

About Korero Press
Korero Press is an independent publishing house focused on the visual power and innovation of under the counter culture. They focus on kustom culture, street art, lowbrow, pop surrealism, erotica and horror, featuring the best in emerging talent and internationally acclaimed names alike.