Paul's ART STUFF on a train # 64: ‘Only Connect’ - FAD Magazine
Skip to content 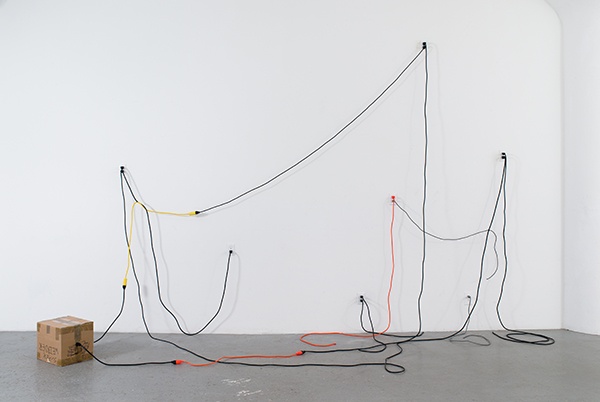 Artists are interested in connections, so it seems like an obvious move to use electronic cables as a physical representative of linkages… yet I don’t recall that being done as thoroughly as it currently is in both Basel and London. In Switzerland, Paul Chan is the subject of the 2014 show at Schaulager (to 19 Oct) – an immense and impressive space which concentrates on putting together one magisterial survey each year. It features Chan’s Henry Darger based cartoon history of the world, falling ‘Lights’ projections on the floor, paintings on the covers of 1005 books, shadow-play explorations of the Marquise de Sade – and the latest stream to emerge from Chan’s impressive variety: ‘arguments’ in which electronic cables, plugs and sockets combine – sometimes with abject found objects, including hundreds of shoes in his biggest argument – to suggest the logical flows of philosophical analysis. The cables generate a distinctive aesthetic most easily related to drawing. Jim Lambie (at Sadie Coles to 16 Aug) is more painterly and musical: he’s plugged electric guitar cables into glossy monochromes which incorporate paint-drenched sections of men’s clothing. Typically enough, the cast-off and quotidian is pressed into the service of art historical references and a lyrical, maybe transcendental, use of colour. Lambie’s show also includes shoes, dangling on safety pin chains… I dare say any artist can be connected to any other in three steps – Lambie and Chan, though, need just the one. 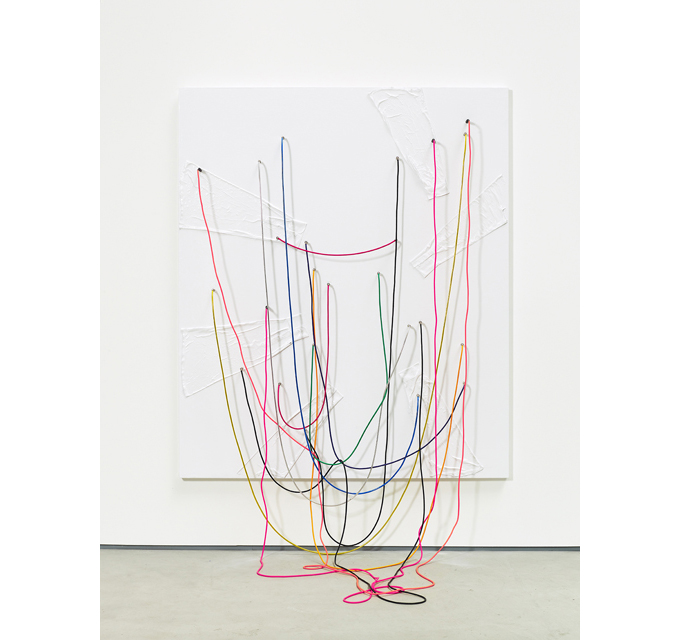