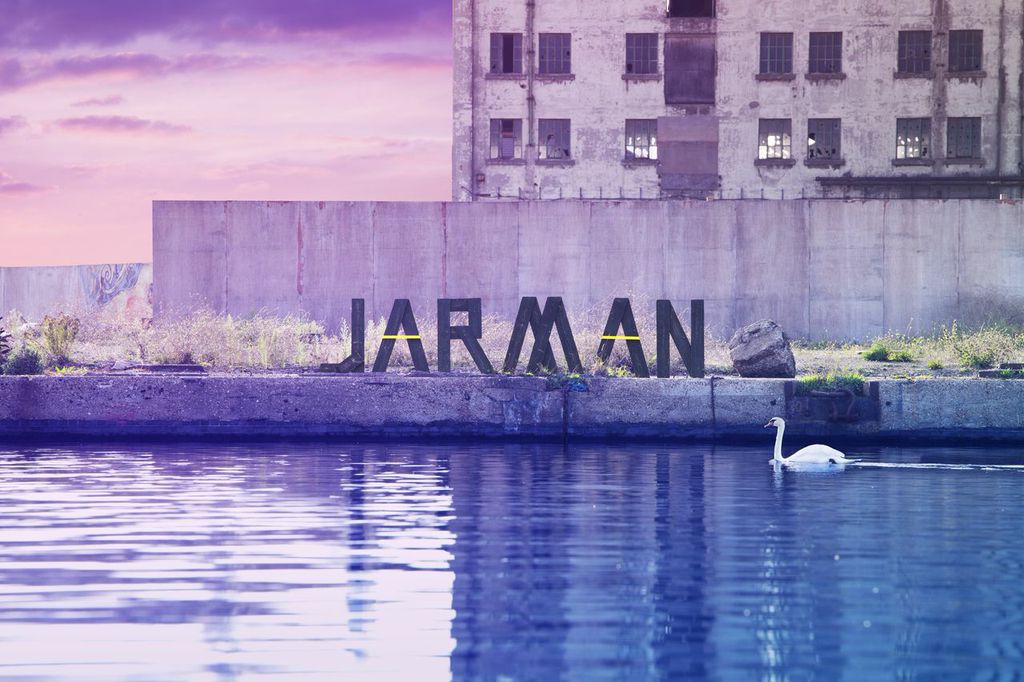 Three further artists will also be selected for Random Acts commissions, worth £4000 each. This is the only Award of its kind where an artist is rewarded with both financial assistance to enable them to flourish and the opportunity to produce a new piece of work.

Nominated by experts across the UK contemporary film and arts sectors, the shortlist presents the work of 10 artists who use moving image in a range of diverse and uncompromising ways. It offers a comprehensive survey of the work and practice of UK based moving image artists, and celebrates the rich and eclectic array of work emerging in recent years.

“The Jarman Award shortlist is yet again showcasing some of the UK’s most interesting artists working with the moving image. We very much look forward to presenting their work through our national tour, which this year is bigger than ever. The Jarman Award is central to our support of artist filmmakers – a sector which continues to surprise, innovate and break new ground. I am proud of the support FLAMIN provides to these artists, which is only made possible by the investment and vision of our funders Arts Council England.”

About The Artists
John Akomfrah
John Akomfrah is a filmmaker and artist. His work has inhabited the worlds of cinema, broadcast ????and the gallery. His practice has won critical acclaim worldwide winning over 30 awards for features and art installations. A founding member of Black Audio Film Collective (1984), a seminal British filmmaking collective, he continued his practice as Smoking Dogs Films with Lina Gopaul and David Lawson, former members of the Collective and his works continue to contribute to the creative forms of filmmaking. For over twenty years his works have exhibited worldwide including Documenta, MOMA, House Of World Cultures and the Smithsonian. His feature films have premiered at many major film festivals, such as Cannes, Sundance, Venice, FESPACO and Mumbai, whilst his broadcast films have screened internationally including PBS, BBC, France 3 and ZDF. His most recent solo show Hauntologies, included Peripeteia, reimagining 15th century black- life, Call of Mist Redux and Psyche on memory and loss. John’s recent gallery work, The Unfinished Conversation exhibited at Tate Britain, Liverpool, Sharjah, and Taipei Biennales and will tour internationally. He is currently working with the River Tamar Project producing a film to exhibit in October and is also making a major work for exhibition in 2015.

Laura Buckley
Laura Buckley works expansively with moving image, kinetic movement, sound, light, sculpture and digital print. Working with scanned imagery, her scans feed back into her projected videos which when combined with footage from her everyday life create highly abstracted environments of extramundane experience. Born in Galway, Ireland. Buckley currently lives and works in London. Recent solo projects include Re-discovery 1 at Autocenter, Berlin, The Magic Know-How at Site Gallery, Sheffield, Fata Morgana at Cell Project Space, London, and Shields at the Zabludowicz Collection, Sarvisalo, Finland. Her films have featured in screenings for MJ Gallery, Geneva, Bold Tendencies, London, and the Serpentine Gallery, London. In 2010 she was shortlisted for the Converse/Dazed Emerging Artist Award.

Sebastian Buerkner
Sebastian Buerkner (born in Berlin, Germany) lives and works in London. He completed an MA at Chelsea College of Art & Design in 2002 and was awarded their Fellowship Residency 2003. From 2004 his art practice has shifted exclusively to animation. Recent solo shows include Kunsthaus im KunstkulturQuartier Nuremberg, Germany; Tramway, Glasgow; Sketch, London; The Showroom Gallery, London; Whitechapel Project Space; London and LUX at Lounge Gallery, London; Art on the Underground, Screen at Canary Wharf, London. He has also participated in group shows and screenings at Tate Britain, Tate Modern, London; Tate Liverpool; Site Gallery, Sheffield; Barbican, Whitechapel Gallery, South London Gallery, London and Kunsthalle Wien, Vienna. His film Purple Grey (2006) was broadcast as part of AnimateTV on Channel 4. This year he won the Tiger Award for his latest film The Chimera of M. at the International Film Festival Rotterdam.

Marvin Gaye Chetwynd
Marvin Gaye Chetwynd is a British artist whose practice intertwines performance, sculpture, painting, installation, and video. In both her live performances and videos, she harnesses elements of street spectacle and folk drama, ancient ritual and pop culture. Featuring handmade costumes and props, her spontaneous performances often involve fluid troupes of friends and relatives. Chetwynd read Social Anthropology before studying art at the Slade and the RCA. She has performed and exhibited internationally, and was shortlisted for the Turner Prize in 2012 (for Odd Man Out at Sadie Coles, restaged at Tate Britain in 2012-13). Other recent performances (several of them the basis for video works) include The Green Room, Nottingham Contemporary (2014); Home Made Tasers, New Museum, New York (2011-12); and A Tax Haven Run By Women, Frieze Projects, London (2010). Hermitos Children, the pilot episode (2008) was included in the 2009 Tate Triennial, Altermodern, and is now in the Tate Collection. In early 2014, she had a major exhibition at Nottingham Contemporary. This October, her feature-length film Hermitos Children 2 will be premiered at Studio Voltaire, London. Other forthcoming projects include those at CCA Glasgow and CRICOTEKA Centre for the Documentation of the Art of Tadeusz Kantor, Poland (both 2014).

Steven Claydon
Steven Claydon works in video, sculpture and performance. His art is underscored by a sustained focus on concepts of the artefact, the object, or the ‘thing’. Often it works to highlight the ambivalent status of artefacts in human society and the uncertain transmission of knowledge between cultures and epochs. Both formal and narrative, his videos aggregate found and original footage, utilising analogue and digital formats. Through cross-processing they produce intricate visual and sonic tapestries. Agglomerative in their processes and forms, his installations problematise the mechanisms of display and received wisdoms that govern our ideas of spectacle.
Claydon studied at Chelsea School of Art & Design and Central Saint Martins, London. He has exhibited internationally, with major exhibitions including Culpable Earth at firstsite, Colchester (2012); Mon Plaisir…Votre Travail.., La Salle de Bains, Lyon, France (2011); Goldene Zeiten / Golden Times, Haus der Hunst, Munich, Germany (2010); The Ancient Set and The Fictional Pixel, Serpentine Pavilion, London. Performances include An Equivalence Propelled, Royal William Dockyard, Plymouth (2011); Bestiary, Cavallerizza Reale, Turin (2009); Ancient Set and Fictional Pixel, Serpentine Pavilion, London, (2008). In 2007 he curated the exhibition Strange Events Permit Themselves The Luxury of Occurring at Camden Arts Centre.

Redmond Entwistle
Redmond Entwistle’s films strive to think recent history, its places and social issues through a radical documentary approach; replaying, rebuilding, reproducing materials into an abstract and archetypal reality. The works employ both documentary and fictive modes of film-making, investigating histories of social and aesthetic displacement. Essayistic in the most experimental sense of the word, the works are critical explorations of the relation between abstract cultural capital and historical, material site. His last film Walk-Through was the focus of solo exhibitions at Cubitt Gallery, Tramway Gallery and International Project Space in 2012. His previous film Monuments premiered in Rotterdam Film Festival’s Tigers Shorts Competition in 2010, and his medium length film and sound work Paterson – Lodz won Best International Film at Images Festival in 2008. In 2013, spotlights on his work were presented at Hors Pistes (Centre Pompidou) and BAFICI (Buenos Aires Independent Film Festival), and included in the survey of UK artists film Assembly at Tate Britain. An exhibition of his films will be presented at MIT List Visual Arts Center in January 2015.

Iain Forsyth & Jane Pollard
Iain Forsyth & Jane Pollard met as students at Goldsmiths in the mid-nineties and have worked together ever since. They initially became known for their recreations of highly-charged cultural moments which pioneered the use of re-enactment within contemporary art, such as File under Sacred Music, their re-creation of an infamous bootleg video tape showing The Cramps playing at Napa State Mental Institute, California in 1978. The artists painstakingly re-staged this with an audience of mental health patients in order to re-shoot each pan, zoom and jitter of the original recording. Music plays a prominent role in their practice, which includes several notable collaborations – an ambisonic installation with Scott Walker at Sydney Opera House, a film with Gil Scott-Heron and subliminal sound experiments with Jason Pierce (Spiritualized). Their first major public solo show was presented at South London Gallery in 2011. Their work is collected by museums and institutions worldwide, including the Tate Gallery. Their first feature film, 20,000 Days on Earth, was made with and about the musician Nick Cave. The film, supported by Film 4 and the BFI, won awards for directing and editing at Sundance Film Festival. It will be released worldwide on 19th September.

Rachel Reupke
Rachel Reupke makes stylised and awkward videos about common place activities such as drinking, dating and domestic arrangements. The idea of worry is central to the work, as are the problems of communication. She is currently researching the agency and affect of the complaint letter. Recent shows and screenings include Art Post-Internet at Ullens Center for Contemporary Art, Beijing; Some Gag Pieces at Museum of Modern Art, Vienna; Assembly: A Survey of Recent Artists’ Film and Video in Britain 2008–2013 at Tate Britain and Getting In at South London Gallery. She was awarded a FLAMIN Productions award from Film London in 2011 and the resulting film, Wine & Spirits, was shown at Cell Project Space in London last year. She recently completed a new performance commission for this year’s Whitstable Biennale and is currently on a residency at Wysing Art Centre as part of the Futurecamp events programme.

Further information about the award can be found here: www.filmlondon.org.uk/jarmanaward