Created by Neil Bartlett and Kate Pullinger and commissioned by 14-18 NOW WW1 Centenary Art Commissions, LETTER TO AN UNKNOWN SOLDIER is a new kind of war memorial, one made only of words.

From today, Wednesday 21 May, and up until 4 August, everyone can contribute their letter, by visiting the website 1418NOW.org.uk/letter and entering it onto the site directly, or sending it by Royal Mail to LETTER TO AN UNKNOWN SOLDIER, PO Box 73102, London EC1P 1TY.

Artist Bob and Roberta Smith will join more than 50 writers including Kamila Shamsie, A L Kennedy, Stephen Fry, Andrew Motion, and Malorie Blackman, who are writing their letter to an unknown soldier.

The inspiration for the project is the Charles Jagger war memorial on Platform One of Paddington Station, which features a statue of an ordinary soldier in battle dress, reading a letter.

“2014 is already proving to be a year jammed-full of commemoration. For us, the creators of the project, it is important to move away from the usual imagery associated with war and commemoration.

We’d like instead to hear what people think – what they really think – and for them to write to the unknown soldier a letter. If they were able to speak to him now, with all that has been learned since 1914, and with all their own experience to hand, what would they say?

This is everyone’s chance to be part of a new national conversation about remembering the war, and to have their voice heard. Their letter will be published online alongside those of our commissioned letter writers, and the entire collection will be added to the British Library web archive at the end of the project.”

Also already signed up to sit down and write are a choir in Derbyshire, writing groups in Derry, prisoners in Buckinghamshire, nurses in Hull, cookery groups at the Empire Café in Glasgow, local historians in Monmouthshire, ex-service men and women in Plymouth, The University of the Third Age, and young people from schools nationwide.

Young people are encouraged to take part and offer their own voice to this memorial. Teachers can download easily adaptable lesson plans for schools, relevant to English, History, Citizenship, Creative Writing and Drama curriculum areas.

These resources will support a meaningful and thought-provoking lesson that encourages students to think about WW1 and the centenary commemorations, and contribute their own short piece of creative writing to this nationwide project. 1418NOW.org.uk/letter

The memorial will begin to take shape online from Saturday 28th June, curated by Neil Bartlett and Kate Pullinger. Letters will be published to the website as they arrive, and throughout the 37 days leading up to the declaration of war on 4th August. They will be searchable by theme, keyword and geographical origin.

LETTER TO AN UNKNOWN SOLDIER will create a snapshot of how twenty-first century Britain views the First World War, one hundred years on. At the end of the project the entire collection will be archived online at The British Library and kept in perpetuity for generations to come.

Commissioned by 14-18 NOW; produced in association with Free Word, in conjunction with the BBC. 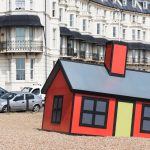 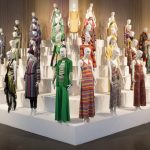