breeze is the inaugural show at The Pear Tree Open Gallery presented by The Essential School of Painting.

David Mach is one of the UK’s most successful and respected artists, known for his dynamic and imaginative large-scale collage, sculpture and installations using a wide range of materials, including coat hangers, matches, magazines and many others. The Scotsman describes his work as ‘big on gesture and big in proportion, it demands your attention and gets it’

Bob and Roberta Smith RA is actually one man. Before studying Fine Art at Goldsmiths in the early 1990s Bob lived in Rome, New York and Wensleydale. He now resides in Leytonstone, London and Ramsgate. Bob sees art as an important element in democratic life. Much of his art takes the form of painted signs. Central to Bob and Roberta Smith’s thinking is the idea that campaigns are extended art works that include a variety of consciousness-raising
artefacts.

Glasgow born Adrian Wiszniewski is one of those multi-faceted artists who has worked in different fields from Painting through theatre to Music. A Glasgow School of Art graduate Adrian is one of the leading members of the New Glasgow Boys responsible for the Glasgow revival and resurgence of figurative painting in the 1980s. Today his works are held and appear in public and private collections nationally and internationally like the Tate, V&A, Metropolitan Museum New York and Setagaya Museum Tokyo. From the beginning, Adrian engaged with the art world in various creative pursuits as a painter, draughtsman, and printer and over the years produced Writings, Illustrations, Furniture, Interior Design and actively participated and produced multi-media installations and Music. He had his first solo
show in 1984 both in Glasgow and London.

Dan Coombs is a London based painter, a graduate of The Ruskin School, Oxford (1989-92) and the Royal College of Art (1992-94). He was Rome Scholar in painting British school in Rome (1994-5). He has exhibited widely both nationally and internationally. Dan creates his compositions from studies in collage and paint, which unite his figures with entirely invented surroundings, landscape dream worlds and interior spaces. These are human encounters charged with a mysterious, symbolic power. They are explorations of guilt, beauty and fear of isolation; that draw on myth, religion and psychoanalysis in order to grasp the real within the imaginary. Dan was recently appointed the Head of the Painting Programme at the Essential School of Painting.

Melissa Kimes was born in Wiltshire UK in 1989 and currently lives and works in London. She graduated with a MA in Painting from the Royal College of Art in 2015 and a BA Fine Art in 2011 from Falmouth University and a postgraduate diploma in drawing from the Royal Drawing School in 2013. She exhibited in Bloomberg New contemporaries, 2014 at the ICA London which was selected by Enrico David, Goshka Macuga and Marvin Gaye Chetwynd and won the Arts Club award at The Royal Academy Summer Show, 2019. She has exhibited widely in the UK and abroad in both solo and group shows, she has won numerous prizes for both drawing and painting and her work is in many private collections.

Archie Franks holds a post-graduate diploma from The Royal Academy Schools, 2012, and a First-Class BA, Honours degree from City & Guilds London Art School, 2009. He is the recipient of various awards and honours including the Jerwood Painting Fellowship, 2016, the Sainsbury Scholarship in Painting, The British School at Rome 2013; Tooth Award 2012; Gordon Luton Award 2012; Richard Ford Award, 2011; and the Philip T Ribbon Award, 2011

Rosemary Beaton studied at the prestigious Glasgow School of Art graduating with a 1st Class BA Honours degree. As one of “The Glasgow Girls” she played a part in the resurgence of figurative painting that emerged at that time, culminating in Rosemary becoming the first scot and the youngest person to win the prestigious (John Player) National Portrait Award. Rosemary’s work has become synonymous with colourful and highly personal figurative works which combines supreme draughtsmanship with an unusual and individual colour sense. The humour and odd juxtaposition of people and places is irresistible with the individual works displaying a celebration and a love of life that is rare and welcome at a time when painting per se and happiness as subject matter were and are on the defensive.

Ella Budgen (18) is a young, aspiring artist and recent student at the Essential School of Painting. A deeply contemplative artist who shows intense maturity in her approach to her painting. Working with the female form, Ella continues to develop an interest in ideas around the female gaze; a quality that emerges in her recent triptych work ‘Ophelia’ that appears in this show. An artist to watch as she develops her craft.

Toni Gallagher grew up in rural Buckinghamshire and moved to London after gaining a BA in graphic design and advertising at Brunel University. A stint working as an ice sculptor although short-lived led to an opportunity in 2009 to be part of Anthony Gormley’s One and Other project on the Fourth Plinth. Coming in from the cold she worked as an art director on commercials before her ambitious and adventurous nature saw her relocate to Los Angeles. Whilst living
in L.A she involved herself in art directing, set building and teaching. Toni spent the last 2 years studying under renowned artists David Mach RA, Liane Lang and Bob Matthews. Her work crosses several disciplines most notably photography and sculpture. Following a solo exhibition at the Horse Hospital in Bloomsbury in 2012, Toni had a residency at the Century Club, shown alongside the London Group at the Cello Factory, and exhibited multiple times
at the Venice Biennale.

Jessica Voosanger is an American artist living in London. She studied at the Rhode Island School of Design, New York and Goldsmiths in London. Over the years Jessica’s work has been exhibited both locally and internationally including solo shows in New York, Edinburgh, Berlin, Turin and London. Recently she exhibited at Gallerie 33, The ICA, Whitechapel Art Gallery and completed a project for Art On The Underground in London. Jessica’ work explores the concept of ‘celebrity’ within popular culture through obsession, fans and media representation. Until she had dealt specifically with the relationship between the celebrity and the ‘fans’ and the ideology of fan culture, attempting to capture the inaccessibility of celebrities by confronting the fan’s excitement and eternal love juxtaposition with the improbability of them meeting their ‘idol’.

Lesley Burr is a graduate of the prestigious Glasgow School of Arts (1981 to 1984) and post-graduate of Duncan of Jordanstone College of Art (1985 to 1986) respectively. She is one of the “Glasgow Girls”. A prolific artist Lesley seeks her inspiration from her environment and landscape with many of her works displaying an intimate and profound sensitivity to the inter-relationship one has with their environment. In her own words “Symbolic landscapes form the central focus of my work. The paintings are inspired by mountains, landscape and the processes of nature, often suggesting or exploring our human relationship with the world. Recurring themes are used such as family, unusual land-forms, birds, trees, creating a metaphorical visual world. There is a spacious simplicity along with a vibrant love
of colour.”

Alison Harper studied at Glasgow School of Art in the mid-eighties and as one of “The Glasgow Girls” was part of the resurgence in figurative painting emerging at that time. In 1993 she won a Commonwealth Scholarship to paint in India for two years. She was a part-time lecturer in Painting and Printmaking at Glasgow School of Art from 1995 – 2002. Selected exhibitions include The National Portrait Gallery, the Royal Academy, Royal Scottish Academy, Leicester City Art Gallery, Stirling Museum, The Graphic Museum of Tokyo, The India Today Gallery, New Delhi. She is the recipient of numerous awards and prizes. She lives and works in London. She is included in Who’s Who in Art and Who’s Who of Women in the World. Alison is the Artistic Director and co-founder of The Essential School of Painting 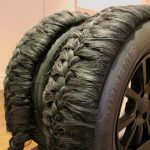