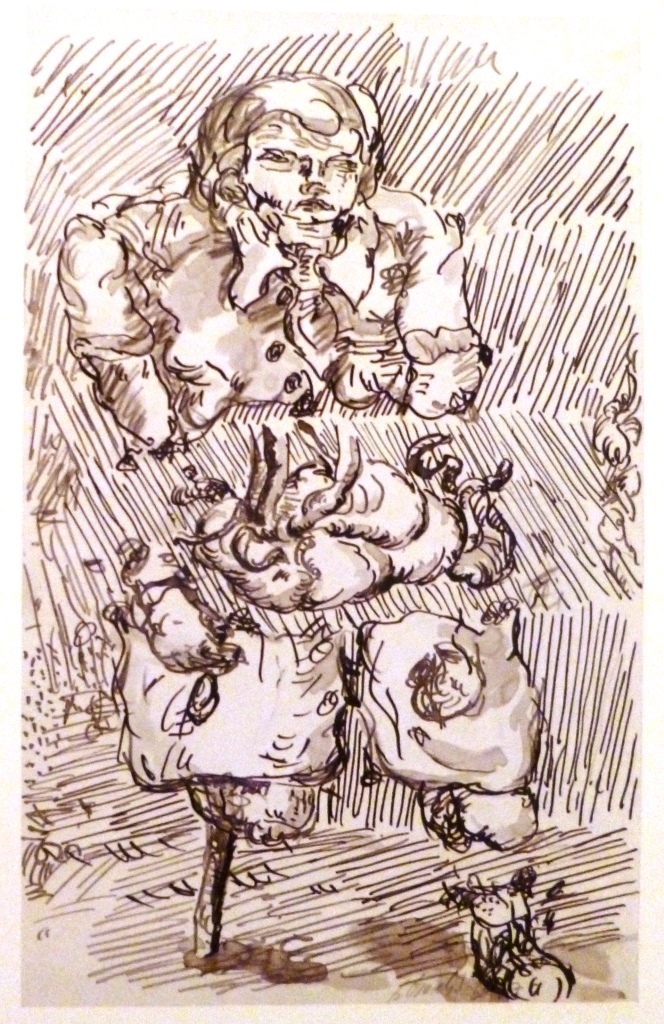 The British Museum’s exemplary six-artist show (Germany Divided to 31 Aug) of works on paper stemming from Germany’s split state in 1945-89 includes some fascinating early Richter, such as preparatory tracings, but centres on Georg Baselitz. His mockingly-entitled ‘New Heroes’, mid-sixties ‘fracture’ pictures (in which the image is divided up, as in ‘The Herdsman’) and the inversions which emerged as his signature move all read as politically charged in this context. What’s not often mentioned is that Baselitz was born Hans-Georg Kern in 1938, but adopted his birthplace – Deutschbaselitz, in Saxony – as the basis for his name. In so doing, he followed a tradition which is historically common – e.g. Heronimus Anthonis-zoon van Aken was from s’Hertogenbosch in the Netherlands and Paolo Caliari from Verona – hence Bosch and Veronese – and more recently Emil Hansen changed his name to that of his of his birthplace, Nolde in Germany, in 1902. Returning to the British Museum’s show, both Ralph Winkler and Peter Heisterkamp adopted the names of others as their art personae. Winkler wanted to keep a low profile in East Berlin when selling his work to the west, and flagged a stylistic interest by calling himself after the geologist and Ice Age specialist A R Penck. Heisterkamp was nicknamed Blinky Palermo by fellow students in Joseph Beuys’s class at the Kunstakademie Dusseldorf. That stemmed from a physical resemblance to the notorious boxing promoter and gangster, but the switch also suited the change in his style of work towards geometric abstraction. 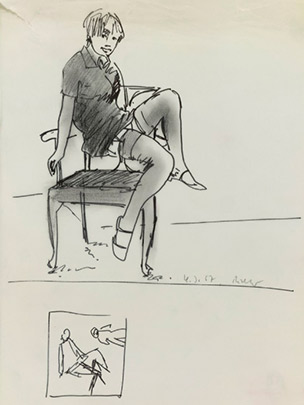