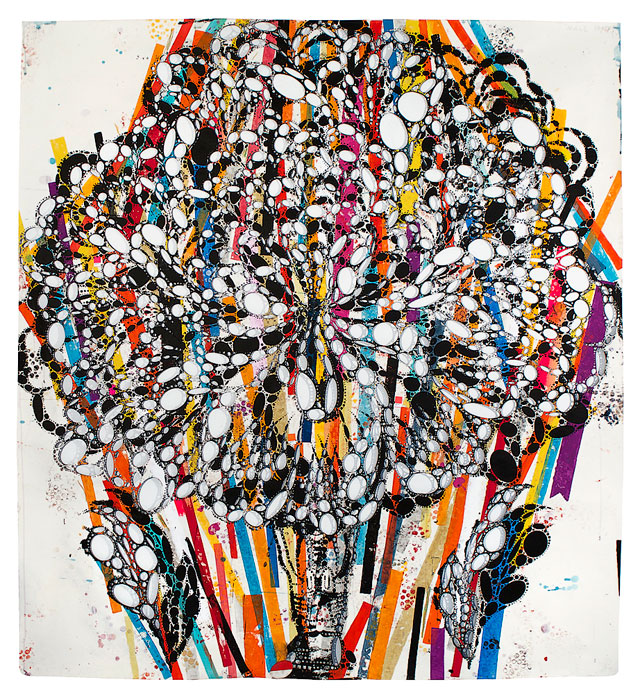 Pierogi is pleased to present an exhibition of recent work by Reed Anderson which will be on view from March 21st until April 27th. This will be Anderson’s fourth show at Pierogi and will feature the synthesis of two series; his exuberant cut paintings on paper and his on-going “Papa Object” project. These works range from medium to large scale.

Anderson describes his process as additive and self-generating. He begins the cut paintings by screen-printing or wood block printing patches or bands of color onto the base paper before cutting oval and circular shaped holes, then folding the paper and further applying paint through the cut holes, later collaging additional elements onto the work. The cut work motif in one painting, “Looking Good Lady,” is derived from the enlarged image of a typical rose tattoo at a local tattoo shop. Anderson prefers to allow the evidence of the making of the works – both the hand and the process – to remain. Throughout the making of these works they are in constant flux, a dance between cutting, painting, and collaging. 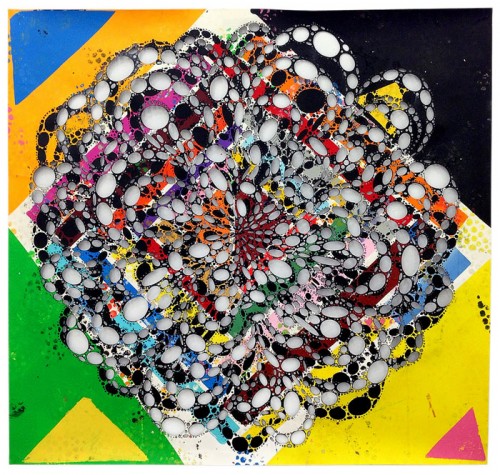 “An object cheerfully destroyed – stamped, annotated, redacted, tagged, stepped on. Further: an object first shot and flattened and rasterized then stamped, annotated, redacted, tagged, stepped on. The object becomes another object; the object survives its cheerful destruction to become another object. The object is its own transitional object.” (Emily Hall, 2013)

The Papa Object pieces begin with printed images of art works or objects appropriated from various auction catalogues and glued to the paper surface. The initial images are objects familiar to Anderson: artworks, furniture, and other objects that he grew up with. These printed or collaged images are then painted over in a process similar to the cut paintings on paper. The caveat is that some of the finished works have been hung in private homes all over the world and then photographed in place as a conceptual element to the work. This is an on-going project and the newer works have not traveled. 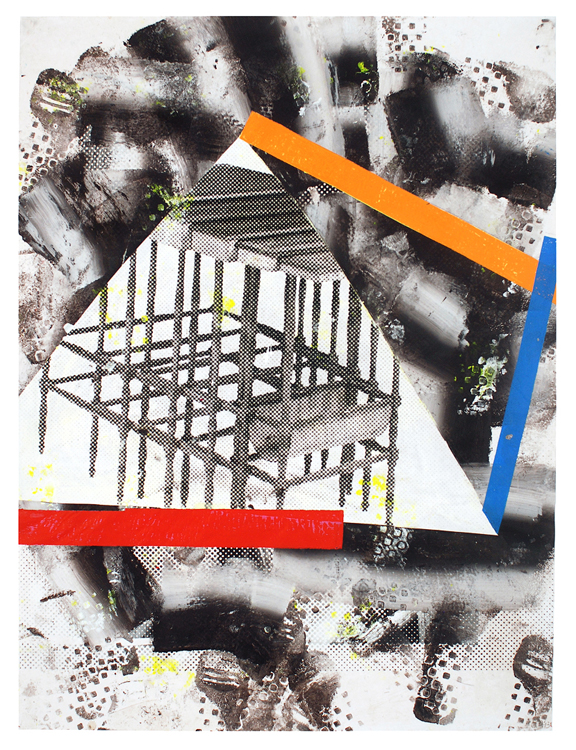