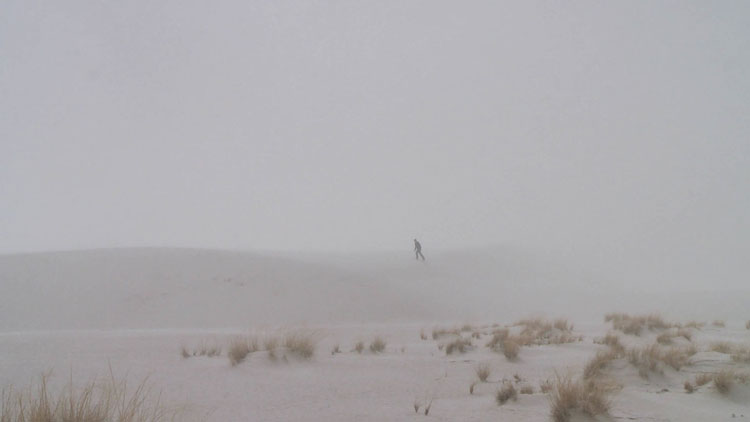 SEVEN / VIDEO is a collaborative exhibition at The Boiler including seven galleries, each presenting video work by one artist. The exhibition will run from 2 — 11 May. Last year’s edition of seven @ SEVEN included feature, inc. a gallery run by friend and fellow dealer, Hudson. Hudson passed away in February and this year’s SEVEN will include a special tribute to him. We are privileged to be able to present videos of his performances, “Poodle Theater” (Part 1 and 2) from 1979 / 1980. Our special thanks to Jimi Dams from envoy enterprises for making this possible.

Launched in 2010 by seven galleries from New York and London, SEVEN is a unique initiative committed to presenting artworks on their own terms and providing an intimate, personal way to engage the viewer. An emphasis on cooperation rather than competition is a founding principle of SEVEN that puts the art viewing experience ahead of other considerations. Since its inception, SEVEN has evolved by inviting new galleries and guests in both independent and institutional locations, most commonly in Miami and recently in Dallas. Participating galleries in SEVEN / VIDEO are Momenta, David Castillo, bitforms, Pierogi, Postmasters, P•P•O•W, and Ronald Feldman Fine Arts.

Below is a preview of featured artists:

MELANIE BONAJO (P•P•O•W)
P.P.O.W is pleased to present Melanie Bonajo’s Pee on Presidents, a collection of over 500 photographs of urinating girls taken by Melanie Bonajo between 1998 and 2013, empowering vulnerable moments of women searching for a hiding place (or not) to pee in public. The accompanying music is “Pee on Presidents,” written and performed by ZaZaZoZo, Bonajo’s band with Joseph Marzolla. It is a protest song that ridicules patterns of hierarchy, sexism, bureaucracy and patriarchal structures in society. Melanie Bonajo was born in Heerlen, The Netherlands in 1978. In 1998, she moved to Amsterdam and entered the Gerrit Rietveld Academy where she majored in Photography and Fine Arts. Her photographs have been exhibited in major art institutions internationally and her work has been published widely. In 2013, Melanie Bonajo was the recipient of the MK Award, the first edition of the award for contemporary art practice.

DANIEL CANOGAR (bitforms)
bitforms gallery will feature new work by Daniel Canogar (b. 1964, Madrid) that is drawn from Small Data, his latest series, which explores the life and death of consumer electronics. Comprised of precisely mapped overhead projections and salvaged devices,Small Data uses light to reanimate found objects such as crushed computers, scanners, printers, old cell phones and hard discs. Propped on shelves, these decaying technologies are presented as contemporary still lives, insidious reminders of our own aging process and inevitable expiration date. As tools for communication with the outside world, and as repositories for so many of our memories, we acquire a very intimate relationship with technological devices. Haunted by these pasts, Canogar attempts to reveal the memories, both personal and collective, that seem trapped within, mementos of a time when they had fully functional lives and served us well.

Kate Gilmore’s, Love ’em, Leave ’em (2013), presents a 10-foot tall structure which Gilmore repeatedly climbs, carrying hundreds of vases and pots filled with paint. Dropped from above, the vessels shatter and splatter into a cohesive composition. The clean, white, monumental structure refers to Minimalist forms, while the explosive action and dripping paint allude to Abstract Expressionism. Humorously and destructively engaging these modernist tropes, Gilmore challenges their heroic myths and the gendered stereotypes of art making in general.

WOJCIECH GILEWICZ (Momenta)
Wojciech Gilewicz’ trompe l’oeil paintings imitate and cover flat elements of the cityscape. Shanghai, included in this exhibition, features the artist working at a refuse dump in China. He adjusts his sensitivity to the lowest-level manifestation of urban imagery by veiling the surface details with their painting look-alikes, following his prior artistic method. The same project repeated in subsequent locations acquires an ethnographic dimension and reveals fractures in the urban tissue; in New York beforehand and now in Shanghai.

WILLIAM LAMSON (Pierogi)
Pierogi will feature a new video by William Lamson, Untitled (White Sands, New Mexico). In this work the artist walks in a giant circle through a sand storm as the camera slowly pans with him, creating an endless loop within an undefined field. The artist appears as a small figure moving with effort through an unforgiving and uniform landscape. All that can be heard is the harsh wind. In this, Lamson demonstrates the real time relationship between himself and the environment. His video works often find him exploring the possibilities of natural forces just outside his control (both in the natural world and in his studio). Lamson was born in Arlington, Virginia and currently lives and works in Brooklyn, NY. His work has appeared in ArtForum, Frieze, New York Times, New Yorker, Harpersand the Village Voice. Lamson is a 2014 recipient of a Guggenheim Fellowship Award.

RAFAËL ROZENDAAL (Postmasters)
Postmasters Gallery will present a brand new website by a Dutch-Brasilian artist Rafaël Rozendaal. Born in 1980, Rozendaal uses the Internet as his canvas. Spread out over a vast network of domain names, his work attracts a large online audience of over 40 million visits per year. He explores the electronic screen as a pictorial space, reverse engineering reality into condensed bits, to create works that reside somewhere between painting and animation. Rozendaal’s websites (of which there is almost one hundred online now) are individual works of art where the domain name serves as the title (e.g.,www.nothingeverhappens.com, www.openthiswindow.com). Though collectors may buy his websites, Rozendaal stipulates in his Art Website Sales Contract that the sites must remain on public view and the owner must renew the domain registration annually.  It’s the virtual equivalent of owning a sculpture in a public park, he says. There’s a point of pride of being the one who commissioned or paid for it. And the site still identifies the owner.

RICO GATSON (Ronald Feldman Fine Arts)
Rico Gatson’s The Promise of Light is partly inspired by the book, The Warmth of Other Suns by Isabel Wilkerson, which chronicles the black migration out of the American South spanning World War I through the early 1970’s. Gatson’s family undertook this journey, moving from Georgia to California in the late 60’s for the promise of a new beginning. The “promise” is a reference to the intrinsic optimism of the distinctive California light, while alternately referencing the universal struggle inherent in striving toward idealized promise. Gatson’s video projection combines footage of atmospheric light and sound layered upon graphic historic imagery. The light in the video is transitional, alluding to journey, transformation, and the passage of time.

For more information, please email us at info@seven-miami.com or contact Joe Amrhein at Pierogi Gallery, 718-599-2144. 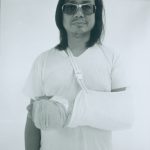 Frieze has revealed the line up for Anniversary Sessions, a three-day digital festival that will mark the international art organization’s 30th anniversary 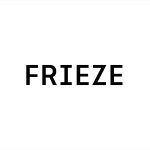 Today, Frieze New York revealed the list of participating galleries for the fair’s tenth edition, which will take place for […] 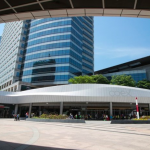 According to a report in Art News, Frieze could be laying the groundwork for a fair in Seoul in the Autumn of 2022