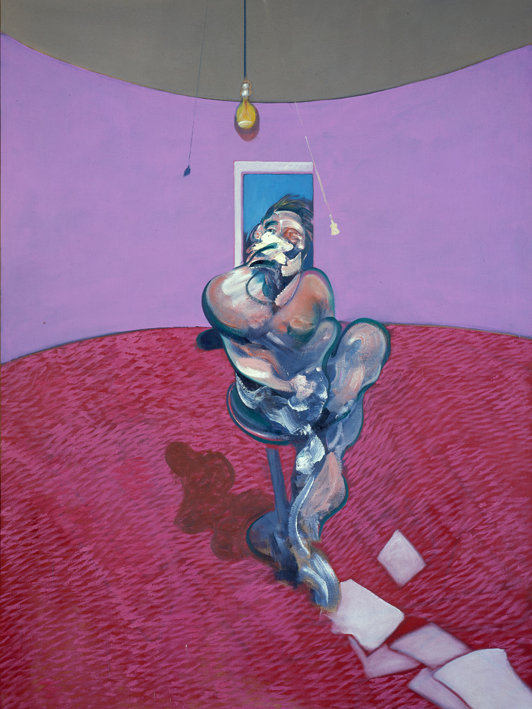 There is a point at which the prices of artworks cease to be shocking, like when a tragedy reaches such biblical proportions that emotional responses make way for pragmatism. Large sums of money are also more palatable when the artist is perceived to have achieved such a status that practically no price is too high. Consequently, there were no furrowed brows this week when Francis Bacon’s Portrait of George Dyer Talking (1966) sold at Christie’s London for £42 million.

In thinking about the value of art and how that translates into capital, it is prudent to acknowledge that ‘value’ is a philosophical concept quite separate from economics and even culture broadly construed. That is, when we speak of economic value we mean the price paid within an established market system; and in speaking of cultural value, we allude to the importance of art to the community. So the cultural value of Bacon consists in his contribution to painting in the story of art, illustrated and extrapolated by museum collections and critical literature. In the more philosophical sense, however, it consists in art’s propensity to affect those people who come in to contact with it. This is the real locus of value from which we should begin when we are considering prices, since in contrast to both the stark inhumanity of economics and the generality of cultural value it apprehends a particularity in the experience of art.

Art is valuable to us precisely because it has the power to move us emotionally and intellectually; it expresses individual feelings, offers existential insight and even fosters social change. We commune with works of art on all manner of levels and we regard this as a worthy – even essential – part of the fabric of life. The value of art is foremost in the individual’s commerce with it, which, although it sounds rather evangelical, is intrinsic to the flourishing of the human spirit. Of course, a poet would say you can’t put a price on that, but this is the age of global capitalism where everything has a price.

Museums will often stretch their finances to acquire a work for the nation, as in the recent case of London’s National Gallery paying £45 million for Titian’s Diana and Callisto. This is not the price of a mere object or a commodity in the system of consumerism, nor is it even the price of a historical relic. It is the price of reverence; a monetary value attached to the esteem in which individuals hold this painting by Titian. Similarly, in the case of Bacon’s Portrait of George Dyer Talking, the price realised is partly a reflection of an individual’s judgement of artistic value, which combines historical importance with a sense of its being a remarkable picture of a great artist’s lover that possesses the capacity to move the viewer in a way that is rare in most works of art.

This demonstrates that once cultural value has been established beyond doubt, economic value must reflect that by falling into line with a more specific sense of the value of art, so that prices cannot in such cases be results of arbitrary, speculative desperation. This marks an important difference between, for instance, Bacon and Hirst: £42 million for a Bacon is more easily justified because it has the critical weight of history behind it, whereas £9 million for any old straight-from-the-Hirst-factory-dead-thing-in-a-tank seems like a toxic combination of financial exuberance and unthinking contemporary artworld hubris.

It is not for nothing that public responses to the price of contemporary art are outraged, while prices of for Old or Modern Masters meet something between bafflement and assent. The gap between cultural and economic value is a function of contemporary art’s necessary inability to make proclamations about the philosophical notion of artistic value, which is ultimately conferred over time. This is aided by the sense that a special aura is purchased with this Bacon, graced by the great man’s hands, which makes it a singular object of aesthetic pleasure. When thinking about value, then, we would do well to remember that the passing of time and individual aesthetic experience will ultimately have the final word on the right price for a pickled shark.