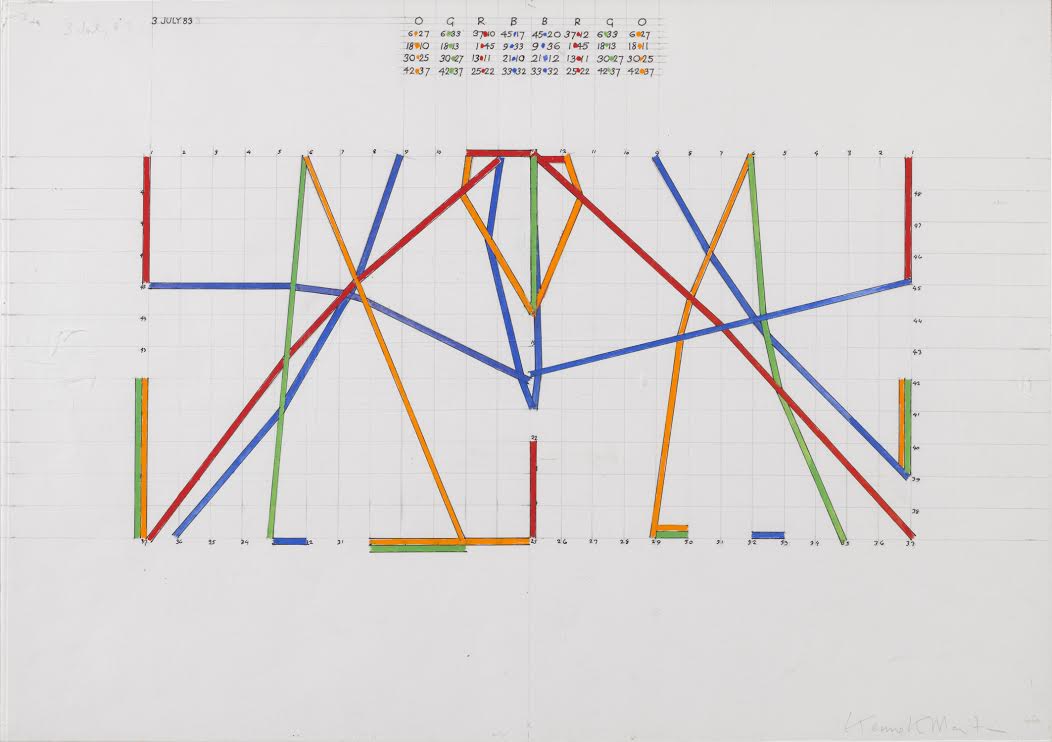 Teachers often marry teachers, actors marry actors etc, so it’s hardly a surprise that artists marry artists. Often, though, as they don’t share a name, the partnership may be unsuspected to the outside observer. Nicholson-Hepworth, Kahlo-Riviera, Krasner-Pollock et al were hardly secrets, but such as Bruce Nauman and Susan Rothenberg, Bharti Kher and Subodh Gupta or Mark Wallinger and Anna Barriball may be less familiarly linked. It’s simple, though, to connect Mary and Kenneth Martin. They married in 1930 and exchanged approaches continually, engaging strongly with the more idealistic aspects of modernism through their constructivist work; their reputations have edged up pretty much in parallel since they died in 1969 and 1984 respectively; and the recent dual show at Annely Juda was the sixth such. Their drawings took centre stage, mostly beautifully precise studies developing ideas for paintings. Both favoured angular abstraction, but Kenneth’s drawings have a technical feel, often setting out their chance-driven genesis in a paradoxically rigorous manner; while Mary’s feel more intuitive and organic, even when mathematical patterns lie behind them. Chance, Order, Change, Time Sequence II makes explicit Kenneth’s typical procedure of plotting points and drawing numbers from a bag to determine which lines go between them: arbitrary as that sounds, it produces a characteristic look. Permutation shows Mary thinking through the possibilities of linear interactions with a tentativeness enhanced by the visible corrections to end up somewhere which looks systematic yet proves teasingly hard to pin down.