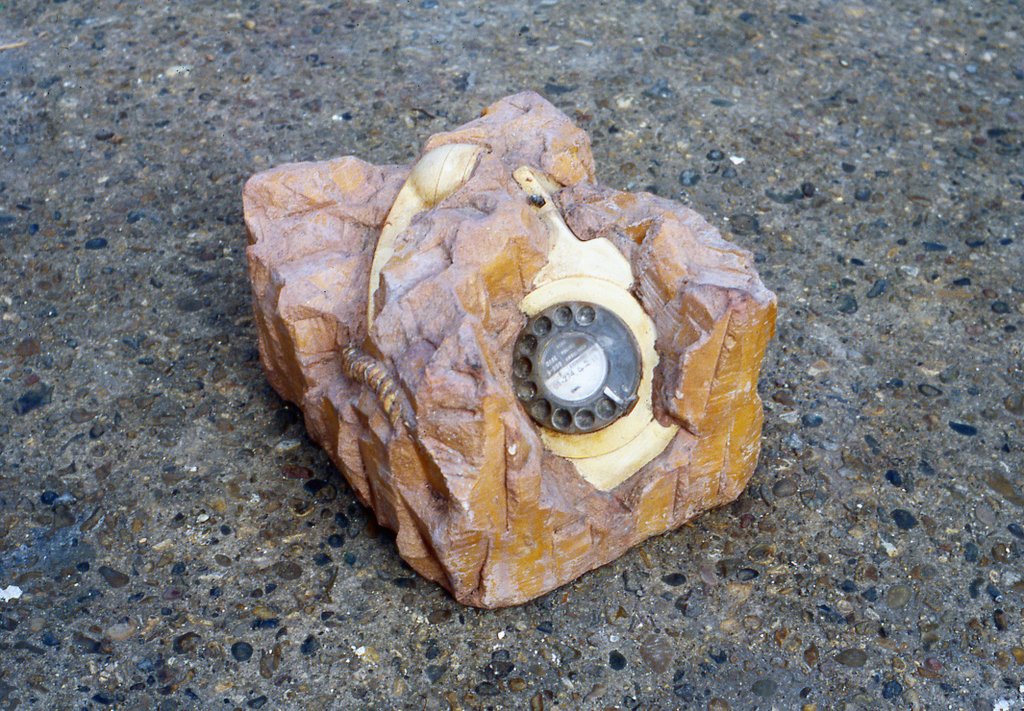 I guess it won’t surprise you – it’s a critical commonplace with which I’d disagree if I could – to learn that Bill Woodrow’s retrospective at the Royal Academy is a tale of two halves: a brilliant run of prolific invention c 1977-83, typically reconfiguring found objects; then a subsequent move into wholly produced sculpture, typically bronze, in which the wit tends to get clogged up in the deliberation. Yet that first half of 30-odd works constitutes one of the best shows in town, not simply for new-to-me examples of the well-known cut-outs, in which new forms emerge from metal items, but also the Breakdown series, in which appliances are disassembled well before Damien Ortega set out the parts of a Volkswagen; seven smashed TVs telling of their blindness; the magical environmental equation converting bicycle frames into a tree; and the Fossil series in which items such as the phone above are covered in plaster, skilfully rendered as stone so that they seem to have emerged from rock. Validation of the ongoing relevance of that last stream came at Alison Jacques, where my favourite piece in Matt Johnson’s new show (to 21 Dec) had the feel of an unmade Woodrow: a bicycle lodged, in theft-proof impracticality, in the middle of a large boulder. 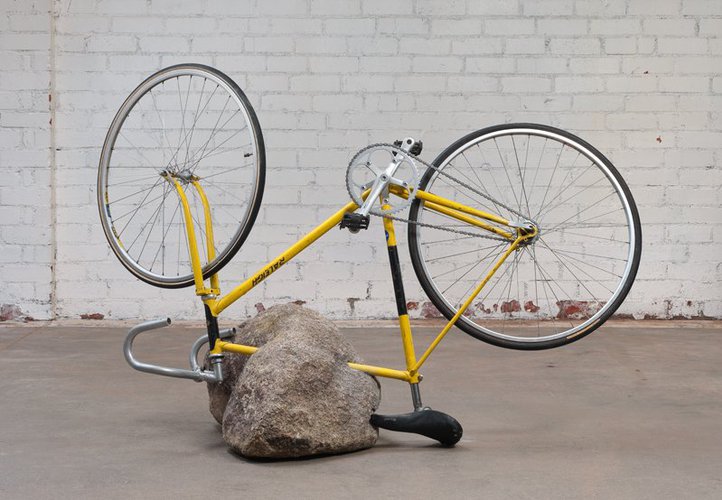