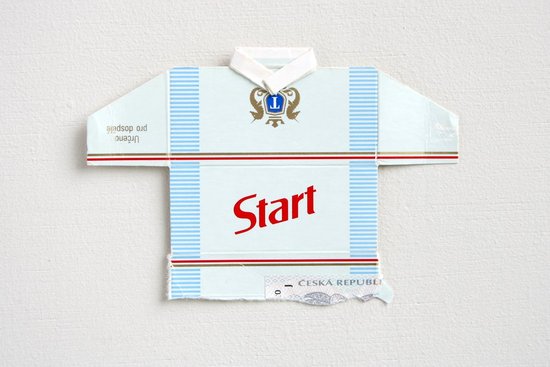 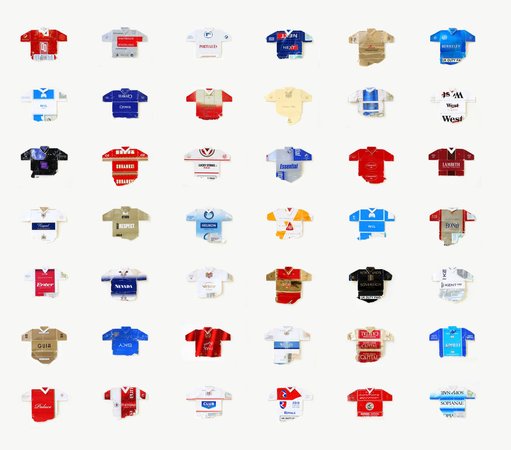 GALLERY S O is to present an exhibition of Leo Fitzmaurice’s Post Match, a project spanning over a decade.

Rather than being constrained by a particular medium or form Fitzmaurice’s work starts with an observation. Invariably his observations centre on the everyday – things so common that they are often completely overlooked. Spending time with these observations (sometimes many years) he waits for them to ‘suggest a way forward’.

Post Match is such a work – and from the initial observation of a flattened cigarette packet in the street the artist has developed an accumulating response. From noticing one day that the design and layout of a cigarette packet lid mimics that of a sports top he has gone on to develop this observation into an ever expanding work that lies somewhere between sculpture, craft and the activity of collecting.

As a collection, though, Post Match seems to mock its own cod formality; the tops being laid geographically according to continent, like some vast cultural anthropological project – in a way marking its own unnatural-selection. The work, too, although artist made, and having been ‘in construction’ for more than a decade, is, in its production, more akin to an activity carried out in the pub than one of the fine arts: like 3d doodles carried out subconsciously whilst doing something else.

Despite all of this, or because of it, the work retains an odd sense of relevance, and speaks of our culture’s burgeoning consumption of entertainment. These temporarily personal objects, rescued from the ongoing downward flow of detritus-to-be mark moments, great and small, now lost.