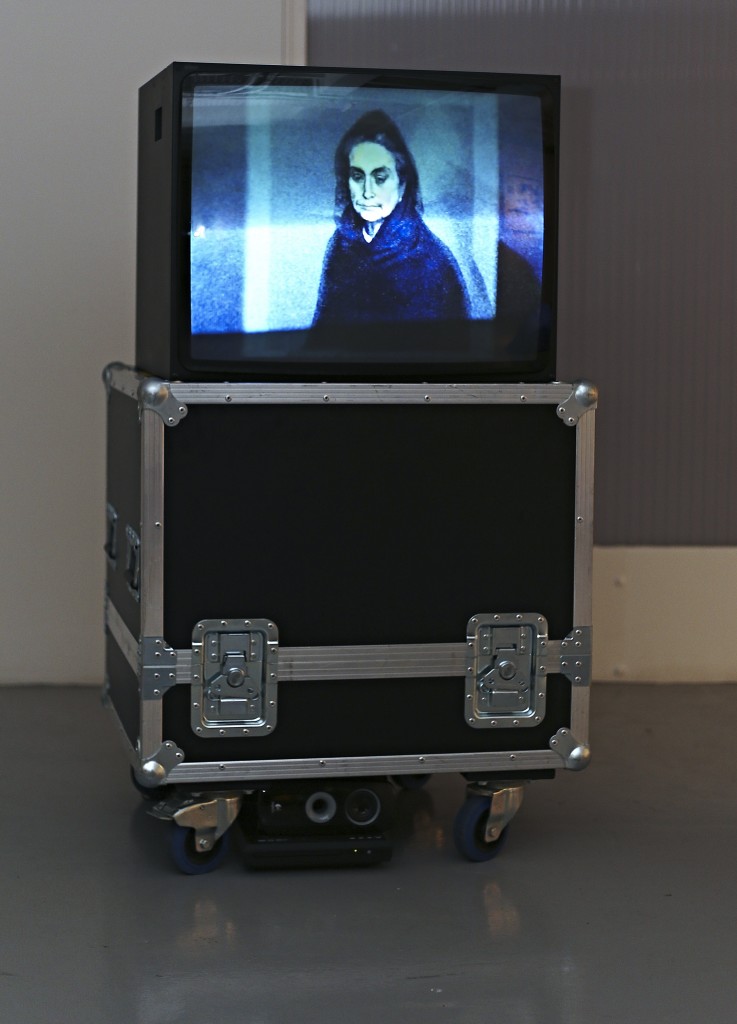 Philippa Kuligowski has won Absolut’s Originality commission with studio Funding for a year for her film piece ‘Darn that Blue’ during Frieze Week at Saatchi Gallery’s New Sensations exhibition.

1) Can you tell us more about your work and what are the main ideas you would like to express?
My work explores the relationship between perception and speculation. My objective is to trigger processes of observation. By the essential incongruity of the mind, what starts out as one thing is soon distorted as shifting forms warp our sense of reality. The manifestation of a metaphysical and a speculative visual experience are properties I want my films to encompass. The idea of film masquerading as a moving painting, drawing or collage is a starting point for much of my work.

2) How do you start the process of making work?
I will always see myself as a painter, so normally I’ll start out with compiling sketches and paintings in storyboard form but I hardly ever end up sticking to the original plan. My mind is chaotic at the beginning of a project. I drink a lot of tea with baileys in it.

3) Do you consider the viewer, when making your work?
Absolutely. By my work’s very nature I aim to confuse or distort the viewer’s sense of reality through illusion – but it is important for me that the work isn’t alienating, I tend to gradually expose truths as the imagery unfolds and eventually reveal the secrets of its making by pulling back layers and uncovering its foundations.

4) Name 3 artists that have inspired your work.
The projections of Gary Hill, particularly in Resounding Arches disputes and blurs the boundaries of perception. The notion of distorting the present and visceral connection between an onlooker, the piece of work and a collective reality is a theme in my own work. Peter Campus, who regards his films, which explore the human head, as reminiscent of painting, viewing the art of filmmaking as “a painterly problem’ is something I also consider and have been trying to emanate in my own films and also Bill Viola’s illusionistic and cinematic films have been of an influence on my practice.

5) What defines something as a work of art?
I think a work of art can be extraordinary or mundane. It can be anything that facilitates a response from a viewer whether that reaction be wonder, sadness or even revulsion. It’s a hard question because there are so many answers but I guess that’s what all artists try to do – explore all the answers and solutions to that question.

6) What was the most intelligent thing that someone said or wrote about your work?
I was painting through most of my course at Glasgow School of Art and then in my final year I showed someone a short film I had made and he told me I should never paint again. Yes, my paintings and I were pretty offended.

7) Do you care what your art costs?
Not really, I’m more interested in people’s reactions to the work. That’s what you put the time in for. You want to see the impact and then the chain of events that follow.

8) What do you have planned for the next year in your newly funded studio ?
I’m hoping to explore more collaborative type work this year. There is a theatrical side to my films; they are almost performance based so getting in touch with theatre, performance artists and musicians is my plan at the moment. But working and living in Glasgow and with it being such a spirited city I don’t think I could predict what work I’ll be making in the next few months.

About
The first spirit brand to forge genuinely close ties with the art community, Absolut has been active in the art world since 1986, when it invited Andy Warhol to create the first in a series of iconic advertisements inspired by the Absolut bottle. Since then, Absolut has collaborated with more than 1000 artists on over 800 commissioned projects.

Absolut asked the finalists of New Sensations 2013 to express their originality through the transformation of the iconic Absolut bottle, taking inspiration from the Absolut Cobalt Blue colour that has been at the core of Absolut since 1979.

Their work was unveiled at the exhibition, alongside the 2012 winner of the Absolut commission, Antonio Marguet.
www.saatchionline.com/newsensations 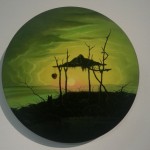 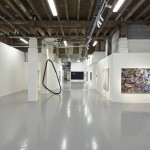 PREVIEW: Saatchi Art’s New Sensations and THE FUTURE CAN WAIT