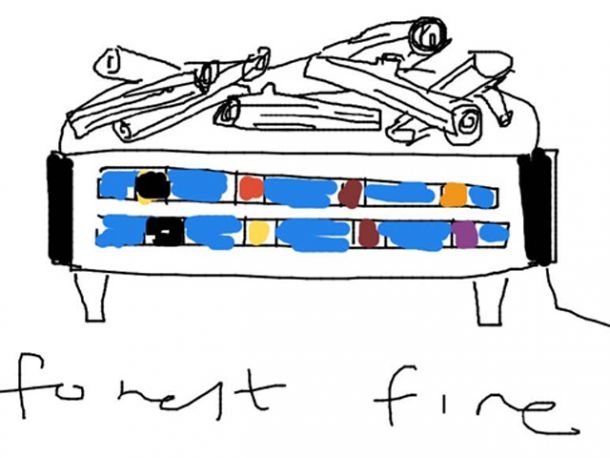 Maria Stenfors is to present the second edition of Endogenous; a two-week exhibition of works by five young artists and a talk by Andrew Marsh.

Starting the post-summer gallery programme with a purposeful sense of immediacy, the gallery presents a group exhibition that is brief in time, of five artists, followed by a talk and discussion by Andrew Marsh on the role and position of the commercial art gallery today.

Endogenous Growth Theory is a concept within economics used to highlight that economic growth can be developed and nurtured from within, rather than externally. Key to the concept is the belief that investment in the population and human capital is key to economic growth. Opening up the gallery agora to fantastic artists and their captivating new works, and a critical discussion, the event promises to be an exuberant start to the autumn.

Key to Endogenous II is a group exhibition by Keith Harrison, Mat Jenner, Trevor Kiernander, Tomoya Matsuzaki, and France-Lise McGurn. Each artist has been in a continued dialogue with the gallery, and Endogenous II is a representation of the potential energy in these relationships.

Keith Harrison (b. West Bromwich, Staffordshire) studied at UWIC, Cardiff and Royal College of Art, graduating in 2002, and is currently Associate Senior Lecturer at Bath School of Art and Design. Durational site-specific works have been commissioned for the V&A, Camden Arts Centre, Jerwood Visual Arts and mima, Middlesbrough. Harrison has previously received the support of a Gasworks/Arts Council International Artists’ Fellowship, Arts Council Grant for the Arts and Henry Moore Foundation Award.

Mat Jenner (b. 1976) lives and works in London. Jenner’s practice uses collage, photography and sculpture to explore the materiality, aesthetics and potential of images and media forms as ‘things’. Recent exhibitions include Abilities at Jeanine Hofland Gallery, Amsterdam and Misery Connoisseur, London. Jenner’s on-going project ffooaamm will be presented at a number of venues in 2014 including And/Or, London and Spike Island, Bristol.

Trevor Kiernander (b. 1975 in Mississauga, Canada) lives and works in Montreal and London. Kiernander graduated from Goldsmiths College in 2009, having previously studied at Concordia University, Montreal. Recent exhibitions include Fallen at Vitrine Gallery, London, Here. Not Here at Art Mur, Montreal, Project: Space at the Woodmill, London, and Trade Skins at Bearspace, London.

Tomoya Matsuzaki (b. 1977 in Fukuoka, Japan) lives and works in London. Matsuzaki has studied at Central Saint Martins and at Chelsea College of Art and Design, graduating in 2004. Recent exhibitions include The Chameleon’s Eye at Centrum Berlin, and Makura and White Deer, both at White Deer Project, London. He has recently returned from the Research Residence Program at Tokyo Wonder Site.

France-Lise McGurn (b. 1983 in Glasgow) has lived and worked in Berlin, New York and London and is now based in Glasgow. She studied at the Duncan of Jordanstone School of Art in Dundee and graduated from the MA painting course at the Royal College of Art in 2012. Recent projects include, The Long Game at The Old Hairdressers, Glasgow, A Continuous Project Altered in A Day at Cor Fu, London, with an upcoming exhibition Home Theater at Baró Gallery, Sao Paulo, Brazil.

On the evening of Friday 20 September at 7pm, the gallery invites Andrew Marsh, an exhibition organiser, writer and lecturer at Central Saint Martins, to present his thoughts on the role of the commercial art gallery today.

The talk is free and open to all. If you wish to attend the talk, you need to rsvp to nathan@mariastenfors.com 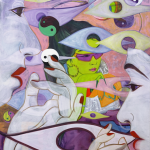 Mount Street is collaborating with Frieze London next week to commission four leading UK-based female artists to produce limited edition prints. These will be available to purchase (100 prints a day) for £50