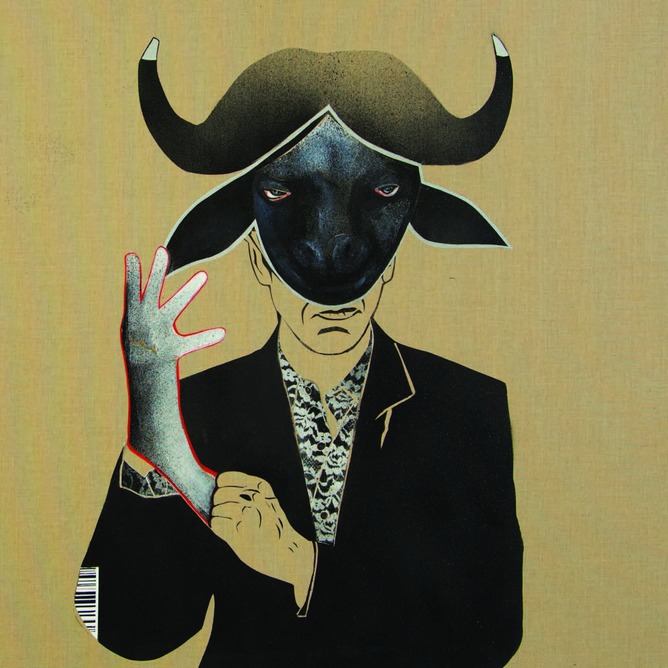 Complete Freedom is the first UK solo exhibition by acclaimed Syrian artist Khaled Takreti. The exhibition will present a new body of mixed media and film works examining the validity of the term ‘freedom’ and its relationship to personal and group identity.

Best known for his large-scale painted compositions exploring the psychology of their female subjects, the exhibition at Ayyam Gallery London marks a shift towards a largely monochromatic, graphic style and intimate subject matter. Employing and subverting both found images and his own photographs – most recently, those taken by the artist on the Paris Metro – Takreti’s collaged canvases are photographed, manipulated, reprinted, and then meticulously reworked through a process of drawing, cutting and painting. The process functions as a visual diary and a means of recording memory and charting time.
The delicate, fragile compositions that form the exhibition are both deeply personal and playful reflections on current social issues and everyday life. Chaos presents an absurdist critique of the chaotic nature and uncertainty of contemporary existence. In Photocopy, animal-human characters pose and preen in a desperate attempt to present their idealised selves to the world. Their reliance on plastic surgery and other tools of personal modification exposes the fallacy of the cult of individualism; the multiplicity and accessibility of consumer choices available today actually causes us to lose our individuality. We become human ‘photocopies’, each of us exactly like the last. The hybrid creatures that both populate this work and others in the show reference Takreti’s hybrid approach to artistic practice, as well as the culture and mythology of his former home country of Egypt.

?The issue of immigration and displacement is explored in two works on show. Les Enfants des Syria depicts a group of children in hanging chairs on a fairground ride. Seemingly spinning high in the air with no sky or ground visible above or beneath them, they function as a metaphor for the disrupted lives and dispersed children in war-torn Syria; “lost between sky and earth”, as Takreti refers to them, they endlessly spin, trapped in a state of limbo. Meanwhile This is London? probes the issue of multiculturalism in the UK capital, examining the melting-pot of ethnicities and sexual identities that define the city. Populated by symbols and stereotypes of London life past and present, such as phone boxes, the London Eye, surveillances cameras and club dancers, the work challenges our understanding of freedom, in particular the freedom to choose one’s national identity and home. 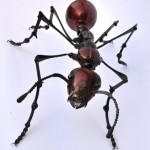 Where to go and what to see this #FIRSTThursday

Every Monday Tabish Khan will be bringing you five exhibitions that you should visit during the week each one comes with a concise review to help you decide whether its for you ..