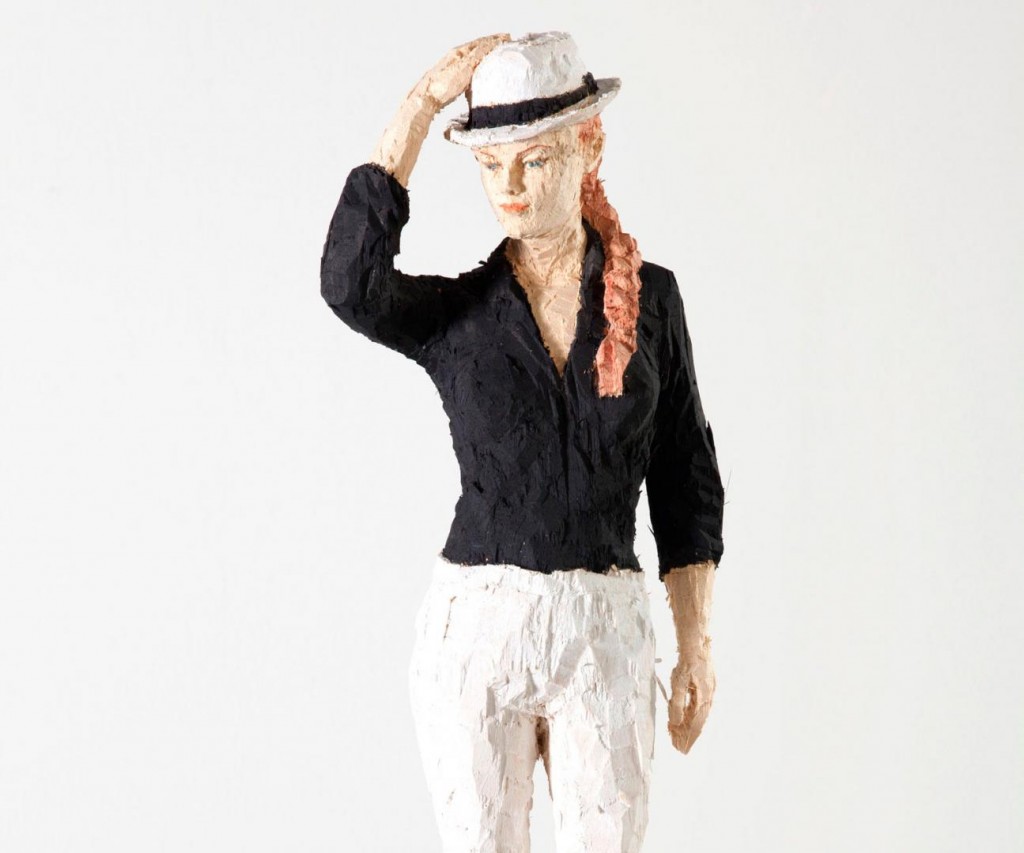 This is the artist’s eighth exhibition at Stephen Friedman gallery and follows his recently unveiled monument to Richard Wagner in Leipzig and an installation at St Elizabeth Church, Kassel, to coincide with Documenta 13. Continuing his devotion to exploring the role of the figure in contemporary art, the exhibition combines an oversized ballerina figure, a series of wooden screens adorned with Balkenhol’s photographic prints, plus a selection of figurative column works and reliefs.

Balkenhol is renowned for his technical prowess in depicting the human figure through the medium of hand-carved poplar or wawa wood. He creates these sculptures from a single block, often combining the anonymous subjects with tall columns. Each work proudly displays the rough, chiselled and hand-painted surface upon which the artist has worked yet the proportions of the figure are precisely coordinated, frozen in unpretentious, emotionless poses. A semblance of the Minimalist tradition still resides in the calm, understated beauty of these works, trends the artist was exposed to whilst attending the Hamburg School of Fine Arts from 1976–82. His tutors there included Nam June Paik and Sigmar Polke who both profoundly affected his subsequent artistic practice.

Balkenhol, when shrinking the scale of his works, playfully disrupts the history of figurative sculpture by subverting the monumentality so often associated with it. Furthermore, his figures emanate timelessness through the simple, plain-coloured clothing and the confident yet unassuming poses of the everyday man or woman. The open expressions align with any state of mind, emotion or situation.

About The Artist
Stephan Balkenhol (b. 1957 in Fritzlar, Germany) lives and works in Karlsruhe, Germany and Meisenthal, France. 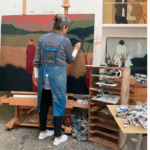