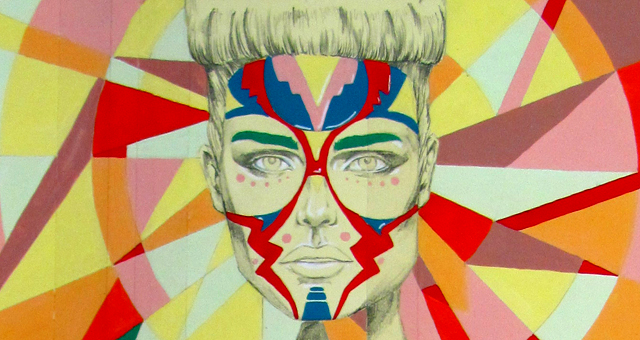 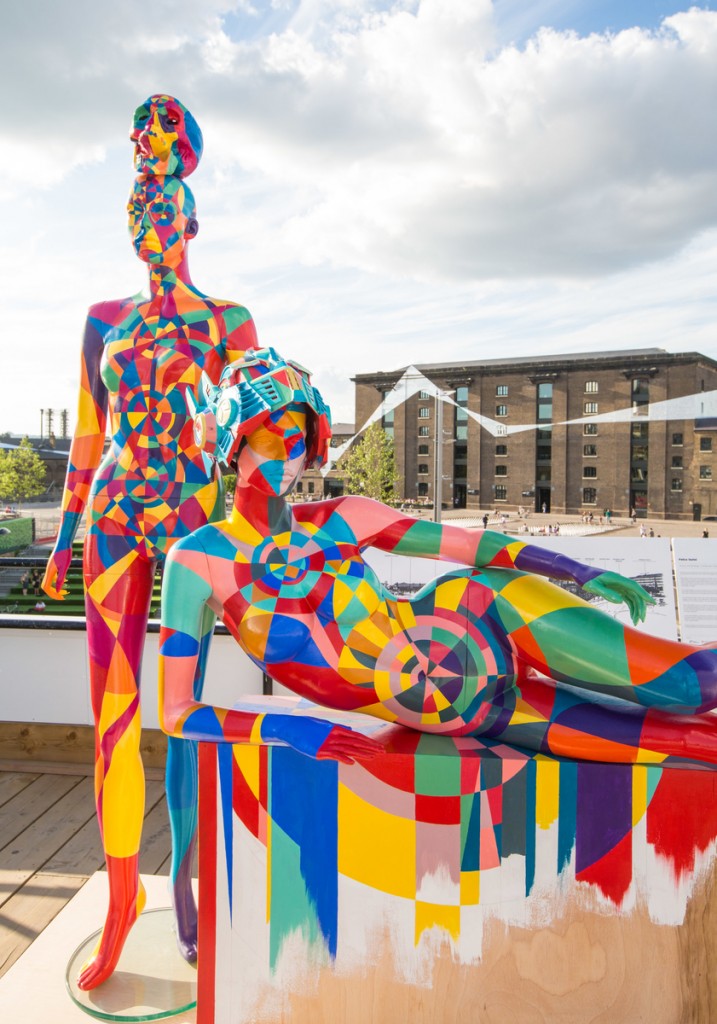 The exhibition began when Noble collaborated with three female musicians and performers who acted as muses for his Mannequink project, shot by photographer Joe McGorty. The results have since taken on a three-dimensional form and will act as a monochromatic introduction to the exhibition. The Kaleidoscopic journey will then take heed from its idea and transgress into a spectrum of color, shape and female form; culminating into a sensory ‘exit’.

The physicality of the exhibition will take the form of large mixed media works, sculpture, installation, set pieces, film, performance and photography.

The female forms are then paired with these patterns and shapes then abstracted through habitats and objects, producing works ambiguous to a specific past or future; like thresholds into parallel realities.

The film Colour Therapy shot by Joost Vanderbrug will also greet the spectators in the exhibition. An abstract performance film about the power of colour and the life it breathes into the subjects of the film.

Noble’s acclaimed illustration, sets and fashion design will also be on display, allowing the spectator to better understand his intersections between fashion and contemporary art through this seminal show.

About The Artist
Alex Noble’s work is as broad in practice as it is in scope across all creative industries. An accomplished artist and fashion designer he is seen collaborating with everyone from MTV to Cirque Du Soleil, Wimbledon to Red Bull.

His fashion career has seen him present three collections at London Fashion Week, and its beginnings in the music industry have stead fast as he continues works with renowned stylists Nicola Formichetti and Anna Trevelyan as well as prolific sensations Lady GaGa and Florence Welch for their tours and music videos.

His strong visual aesthetic and ability to work in 2D and 3D have seen him invited to illustrate fashion stories and cover imagery for esteemed publications and exhibit internationally. Noble curated the Dalston Superstore for two years and continues to creatively direct and design for film, music and record label Batty Bass.

A key interest now is a more focussed combination of exhibiting art and fashion, to consolidate and develop his practice further.