“For me, she is America’s most important living artist”
Edward Lucie-Smith, The Huffington Post, November 2012

This October, the American artist, writer and activist Judy Chicago will have a prestigious solo exhibition at Frieze Masters. Chicago?s visit follows on from last year’s retrospective exhibition at Riflemaker, her first in the UK for twenty-five years.

Chicago is a pioneering force who came to prominence in the late 1960s and early 1970s. She helped re-shape the male-dominated art landscape by creating innovative work celebrating women?s achievements, reacting to social and political injustice during revolutionary times. Her highly personal body of work includes paintings, tapestries, sculpture and mixed-media installations, the best known of which is The Dinner Party; a symbolic history of women in western civilisation with thirty-nine place settings arranged as a ceremonial banquet. The work is seen as a milestone in twentieth-century art and is the permanent centrepiece of the Elizabeth A. Sackler Center for Feminist Art at the Brooklyn Museum, New York. On display at Frieze Masters will be Chicago?s seminal 1964 Car Hood sculptures.

Here the macho apropriation of American car culture is exploded and challenged by the works Birth Hood and Bigamy Hood, which depict male and female genitalia sprayed in automotive body lacquer onto Corvair car hoods (bonnets). Outside the Fair, in the Frieze Sculpture Park, Chicago will exhibit her monumental sculpture Rearrangeable Rainbow Blocks (1965).

“?I did a whole series of both small and large rearrangeable pieces. The large piece is painted with automotive paint (like the 1965 Corvair carhoods). I often say about these pieces that even though I was trying to disguise my gender during that period, the rearrangeable pieces betrayed it (not that anyone noticed) as – like any good girl of that time – I was willing to ‘rearrange’ my life to suit my male partner.” 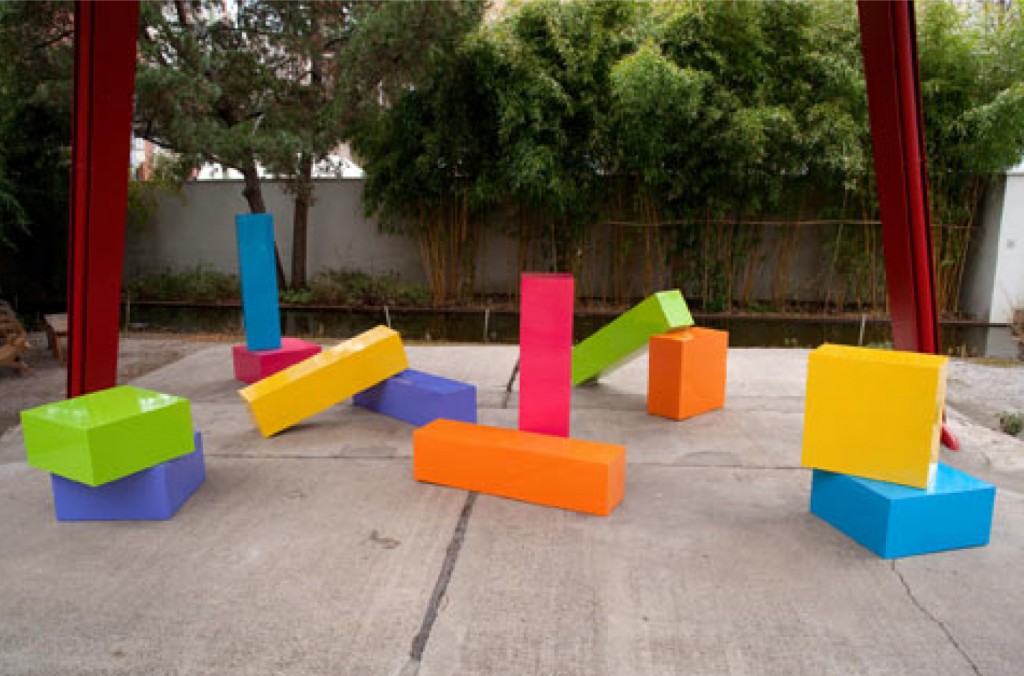 Interestingly, of the 23 solo artist presentations at Spotlight this year, 10 are by women, with Chicago, being the living artist who has had the longest and most influential career.
ENDS Notes to Editor: Frieze Masters: Frieze Masters is a carefully selected presentation of over 90 of the world?s leading galleries that gives a unique contemporary perspective on art of all ages. The 2013 edition of Frieze will host the second Frieze Masters category. The Spotlight section of Frieze Masters will show solo presentations of 20th-century artists, with a conceptual focus on the 1960s and 70s. Curated by Adriano Pedrosa, the category proves a highlight of the fair. Artists showing in the 2013 category include: Nancy Spero, Kiki Kogelnik and Lygia Clark. Judy Chicago: Judy Chicago is an artist, author, feminist and educator whose career spans five decades. In the early seventies, after a decade of professional art practice, Chicago pioneered Feminist Art and art education through a unique programme for women at California State University, Fresno, and also with the exhibition ‘Womanhouse’, a pedagogical approach that she has continued to develop over the years. Riflemaker: Riflemaker is a contemporary art space in London co-founded by Virginia Damtsa and Tot Taylor. The gallery exhibits and represents emerging artists. It has been widely praised for its innovative programme. Housed on five floors of an historic gunmaker’s workshop off Regent Street. Built 1712, it is the oldest public building in the west end. Riflemaker worked closely with the English Heritage to preserve this unique architectural building. Recent exhibitions include: Judy Chicago, Alice Anderson, Penelope Slinger, Josephine King, Leah Gordon, Juan Fontanive and John Maeda.
Press information: Alice Broughton, Theresa Simon & Partners: 020 7734 4800, alice@theresasimon.com Tot Taylor, Riflemaker: 07792 706 494, tot@riflemaker.org