For their first gallery exhibition at Sprüth Magers Berlin, Kraftwerk have arranged a special new 3 -D installation with synchronised images and sounds.

About The Artists
The multimedia project KRAFTWERK was founded in 1970 by Ralf Hütter and Florian Schneider within the experimental art scene of the late Sixties in Düsseldorf. They set up their legendary electronic Kling Klang Studio where they composed and produced all the groundbreaking Kraftwerk albums. Numerous live performances took place during that time in museums and galleries of the surrounding Rhineland.

Kraftwerk are considered to be pioneers in electronic music and an endless source of inspiration for a wide range of musical genres: from Electro to Hip Hop, from Techno to SynthPop. They have made musical history and achieved recognition all over the world for more than four decades now. Kraftwerk created the soundtrack for the digital age of the 21st century. Since their beginnings in the early Seventies they worked with the latest achievement of modern technologies, produced revolutionary electronic “sound paintings” and experimented with synthetic sounds, voices and automatic mechanical rhythms. They composed sound poetry with highly reduced-condensed texts and programmed their robot image as an expression for the theme of a world dominated by machines and computers.

Right from the start, Kraftwerk regarded their concert performances as complete audio- visual events. The Kraftwerk sound and image has been a long-term influence not only in music, but also in the world of contemporary visual art. Texts, style, and media-reflective strategies incorporated the themes and issues of the information era, namely the interaction between men and machines.

With the concert appearance at the Biennale di Venezia 2005, Kraftwerk returned full circle to their sources in the art world. The multimedia presentations of Kraftwerk are considered to be a unique form of artistic performance in the context of contemporary art. With a 3-D video installation at the Kunstbau / Lenbachhaus in Munich (2011), and the 3-D concert series12345678 at the MoMA in NewYork(2012),the Tate Modern in London (2013), and the Kunstsammlung NRW in Düsseldorf (2013), they have set new tones in the institutionalized context of museums. 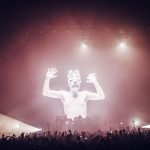 Electronic: From Kraftwerk to The Chemical Brothers to lead the re-opening of the Design Museum

The Design Museum will reopen its doors to the public from Friday 31 July 2020. The museum will open with the temporary exhibition Electronic: From Kraftwerk to The Chemical Brothers 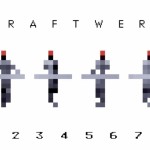 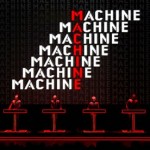 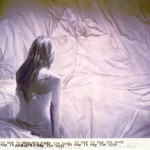 The artist’s textual sources, in addition to her own texts, reflect a preoccupation with literary, philosophical and scientific writings, and are incorporated in the ‘Schriftbilder’..