Dazed Digital presents: Hack your future week! Revealing how artists are hacking the world one click at a time - FAD Magazine
Skip to content

Artists have been hacking since even before the computer was invented. Pulling things apart, examining them, and putting them together again in meaningful and unexpected ways… 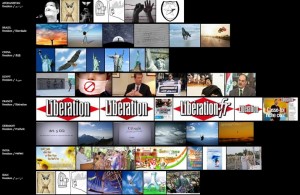 Last week, an impromptu call out on Twitter brought a group of artists and coders to the Brooklyn-based 319 Scholes gallery to take part in a hack session supporting of Istanbul’s protesters in Gezi Park. The structure wasn’t new to the gallery – only a few months earlier, a different group of artist/technologists had huddled in the same space for a spirited collaborative event called Art Hack Day. Yet this time, the mission was as clear as it was urgent: in 24 hours, the #OccupyGezi supporters had reportedly made the beginnings of a database of missing persons and arrestees, an SMS-based data exchange network for the large number of protestors without smartphone access, and a wiki of clear and necessary information. 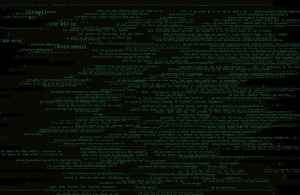 On Dazed Digital for Hack your future week, Heather Corcoran, from Rhizome, explains how art, hacking, and activism are coinciding.

Artists and hackers have always been natural allies. Many in both camps share a belief that technology should be interrogated, intervened in, or examined before it marches along without us, and both are developing strategies to do so. Sometimes this results in useful, necessary and tangible outcomes, like the #OccupyGezi projects. Other times these collaborations exist as affective artworks with many possible meanings, transcending their medium as great artworks can do.

She continues to pinpoint artists like Jonas Lund, Clement Valla and Erik Berglin’s work who combine code and images; and K-Hole’s use of the emerging language of trend forecasting. Where these projects could, in a much looser sense, be said to hack not just technologies, but ideas, expectations and formats.

Critical engagement with digital culture need not always resemble code. Whether gaining access to things we shouldn’t, cobbling things together from ready-to-hand materials, or finding unorthodox solutions – artists and hackers have always challenged the things that are encoded not just in computers but into culture more broadly. It’s a crucial role they will play far into the future – well after the last Snapchat disappears.