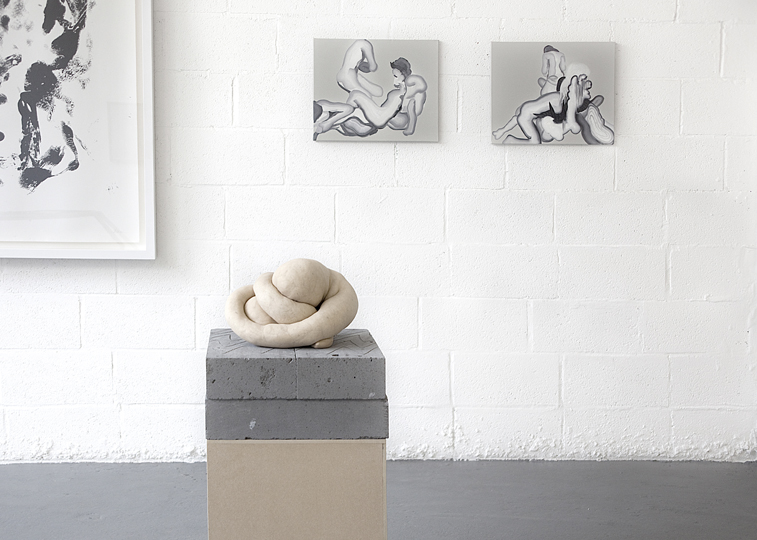 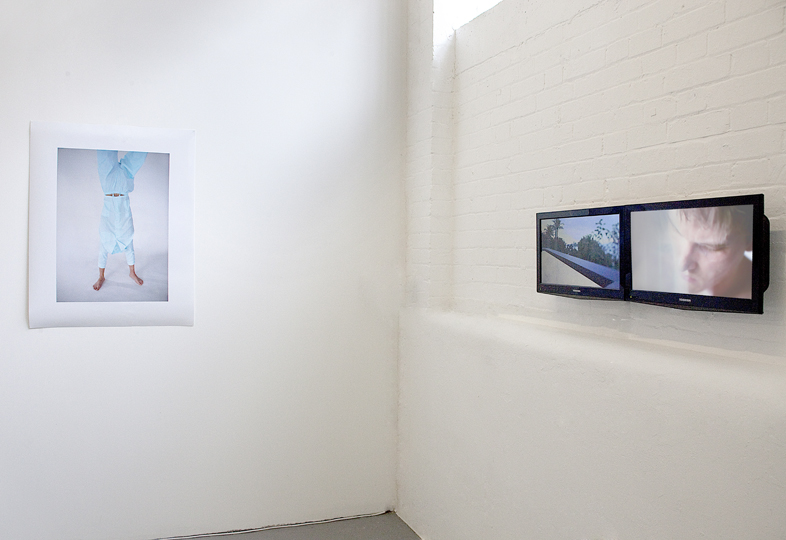 Body has been one of the most prominent subject matters in the histoy of visual culture. We try to make sense of reality largely through our physical existence – the body. Yet, though our psyche resides in flesh, it can never be in complete control of this mysterious vehicle, with its perpetual transformation of tissues and cells; viruses and bacteria. Our attempts to map the body reveal that the matter closest to us can also be the most foreign, each new discovery hinting at further hidden potentials, future evolutions – and mutations.

One of the most prominent and historical works of this kind is that of the German Surrealist Hans Bellmer (1902-1975). Painter, photographer, etcher, doll-maker and writer, Bellmer’s sexually charged, uncanny eroticism and deformed depictions of the body are reminiscent of figures once explored by Hieronymus Bosch. This has subsequently influenced practitioners like Tatsumi Hijikata (1928-1986); the visual aesthetic relevance can indeed also be observed in the works of Sarah Lucas and Erwin Wurm. Hijikata was a ‘dancer’ and the founder of contemporary Japanese dance, or physical movement rather, known as Butoh. Beyond the idea of dance as a genre, his magnetising performances aimed to express the body itself rather than the expression of something else through the body.

Lucas’s recent sculpture series NUD may also convey the notion of the obsessive, raw and intimate physical reality – this time, in a form that is seemingly ordinary and familiar. Materially the piece comprises wool fluff concealed and shaped within a beige, synthetic skin. The use of what could be understood as the second skin is paralleled in Wurm’s series of photographs, Palmers, which focus on bodies in clothing. These works were initially produced as an advert for the Austrian lingerie brand of the same name. The garments are stretched and worn to capture and extend the body of flesh, resulting as an organic, ephemeral sculpture that manifests its own space of duration.

Berlin based British artist John Isaacs’ shockingly life-like wax sculpture of a dismembered limb, on the other hand, freezes the moment of a violated body. However, Isaacs’ sculpture exists beyond the mere effect of visual provocation; it subtly refers to Rembrandt and Soutine’s paintings of flayed ox carcasses that inspired Bacon and those alike, alluding to the fragility and pain of a being that exists within this body of flesh.

Painter Matthew Killick explores this flesh from the internal working of the body. Predominantly black and white depictions of human organs, they are often realistic yet otherworldly – likening to a growing vegetation quietly beginning to infiltrate and conquer the physical reality the person may hold. Amongst the most prominent artists of her generation, and a printmaker, Kiki Smith also investigates anatomy in her pieces. Using potato to print a shape of kidney cherished with precious silver-leaf, the miniature, delicate organ is colored with the red and blue of blood, suggestive of a force of life that is contained within.

London-based American artist Whitney McVeigh’s work is preoccupied with the complexity, and the dual layer, of the psychological and physical. Without applying the actual body, or making intentional markings with the ink, her large scale monoprints on paper appear to carry traces of human figures and faces — the weight of bodily flesh and quality of a spirit-like presence. Czech poet, writer and visual artist Ji?i Kolá? also lays out a dual vision of the physical reality by taking two or more images of old masters paintings, modern human images from magazines and museum postcards, and cutting the skin of the subject matter printed on the paper surface to juxtapose the layers as a fine intricate collage piece.

Konrad Wyrebek Live Sculpture – Flesh Reality 09.05.13 YT
The works of London based artists Matthew Miles and Konrad Wyrebek, and New York based artist Laurie Simmons, explore contemporary notions of the body in the capitalist fantasy. Primarily working in digital imagery, Miles’ new work suggests Jacques Lacan’s psychoanalytical theory of Mirror stage – the moment that is said a child recognises their own material existence in a mirror, and the subsequent building of our identities within these ocularcentric confines. Over-casting the skin on the surface of a resort swimming pool, the work also refers to the accelerated level of self-consciousness and insecurity of the body that consumer culture has forced upon the contemporary individual.

Wyrebek’s practice is also centered on the bi-phenomena of capitalist fashion and lifestyle consumerism, where building a certain kind of ‘standardised’ body in the media is treated as a new form of religion. Such a tendency can subsequently result in a submissive and sometimes even masochistic relationship to the manipulating voices of widespread media material.. Often referred as a feminist artist, Simmons situates these troubles with body within culturally stereotypical female context. In her series of photographs The Love Doll (2009-2011), she positions the passive body of a sex doll she purchased from Japan in various, often domestic, environments. Primarily sold in a slip dress with an engagement ring and female reproductive organ, the life-like doll is meant to fulfill the ideological stereotype of oriental femininity, where the active mind is removed from an obedient, doll-like body.