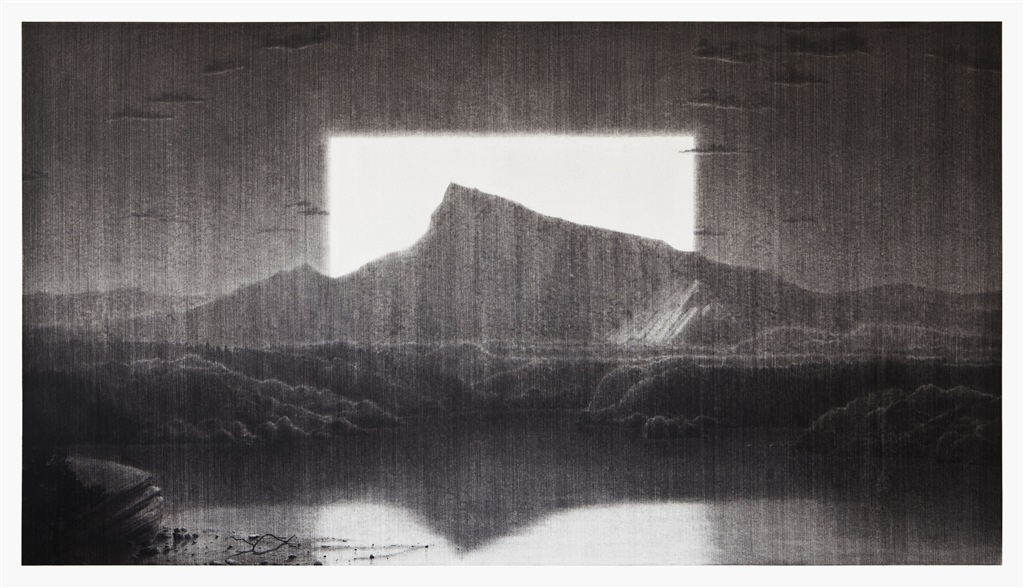 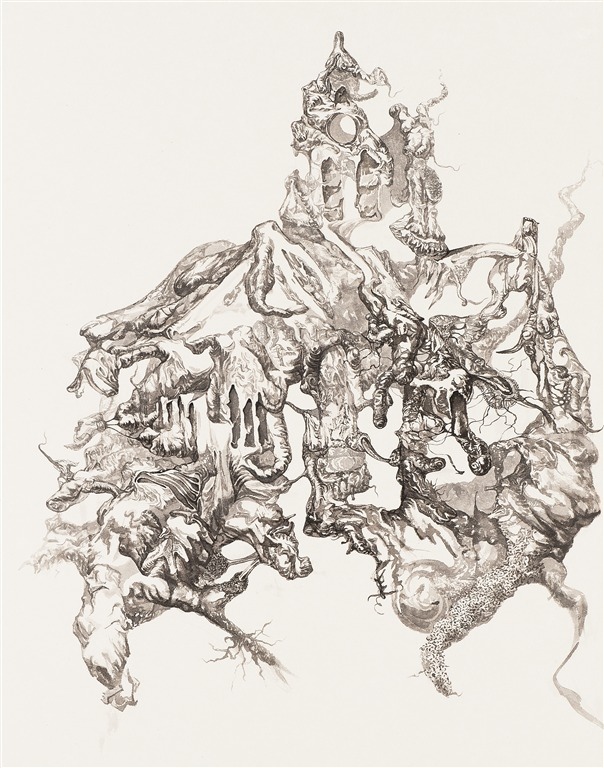 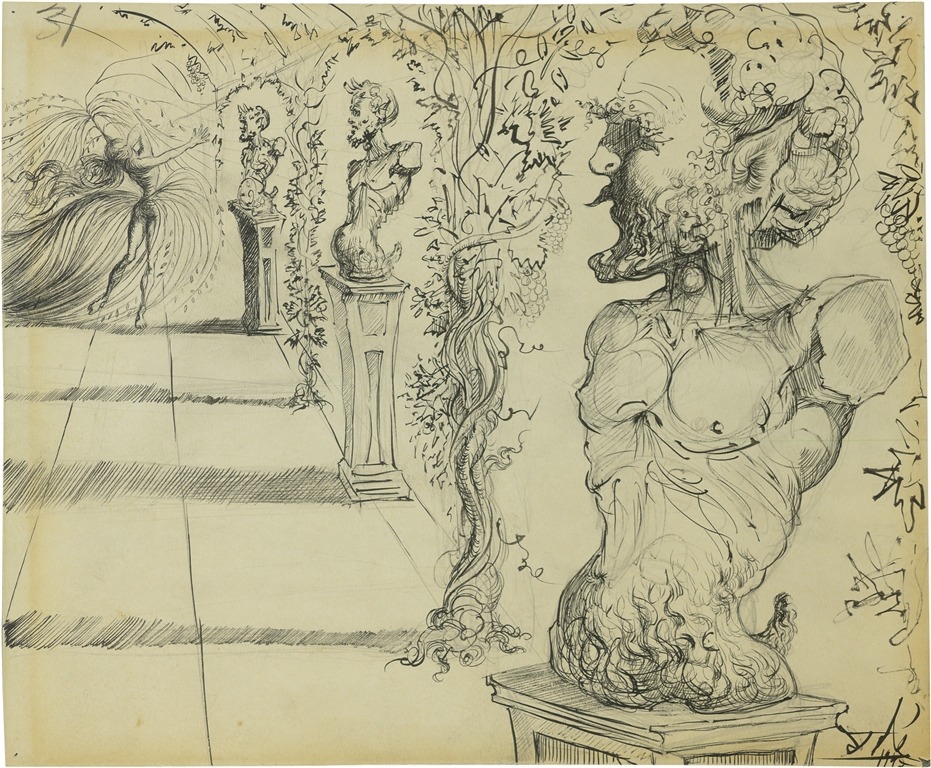 Last night was the opening of the All Visual Arts’ group show Between the Lines. Focused around drawing and sketching, the exhibition groups together works by over 10 artists. Originating from drawing’s role as the original source of inspiration for artists as well as the basis of the creative process, Between the Lines revisits works by old masters as well as by contemporary artists, celebrating the skill of both and drawing as the basis of visual art.

Particular works that stood out and attracted the most attention from viewers included the series of works by Korean artist Seung-hyun Lee. A Korean born artist, he took inspiration from classical artists such as Van Gogh or even Michelangelo, using traditional motifs and shapes to create anamorphic landscapes reminiscent of supernatural creatures hanging in negative space.

The main wall in the central gallery space featured three large works by British artist Wolfe Von Lenkiewicz. Known for his works that appropriate and jusxtapose well known images from art history and visual culture. Lenkiewicz uses his art to critically intervene into the art world and ask questions about what it means to be a contemporary artist. His main piece is at first glance a colossal to scale rendition of the classical masterpiece “The Rape of the Sabine Women” by Jacques-Louis David. However the work is in fact a composition of several works by David; a closer look reveals that the central figure depicted in the drawing has in fact been taken from a portrait of Jean-Paul Marat (“The Death of Marat”), a later work by David.

Lenkiewicz’s works can be read as attempts to reconcile contemporary culture with the traditional, but more importantly so as the trivialisation of famous images due to the countless amount of times they have been represented in textbooks, on postcards, etc.

To the left side of the main gallery space were two very impressive large scale works by British artist Reece Jones. Known for his unique process whereby he applies layers of charcoal, whcich he then sands down using glass paper to create different subtle tones and surfaces, Jones’s choice of charcoal as medium is interesting as it is more commonly used for preparatory work. Tapping into influences from both photography and cinema (in particular Tarkovsky), Jones creates slightly hallucinatory combinations of man made with natural landscapes, often with dramatic yet unexplained light sources. Both pieces resembled photographs from a distance, and upon closer inspection were astonishing in their amount of detail.

In the back of the gallery is another viewing room that contains several interesting series of sketches, including several of Salvador Dali’s early works. Dali first used drawing as an experimental technique (automatism), believing it to be a pathway to the subconscious. He is so well known for his surrealist paintings that it is often forgotten that he also produced hundreds of drawings and illustrations.

Also in the room are works by German artists such as Otto Dix and Georg Grosz, both of whom were influenced by the First World War and belonged to the Neue Sachlichkeit movement that reacted to expressionism and abstraction, focusing on socially critical and cynical works that dealt with the harsh realities of war that people were keen to forget. Each had a unique style to their drawings but both are remembered for their caricatures and hyper real drawings of Germans and German life during the inter war era.

Overall the show successfully captures the link between traditional masters and contemporary artists perfectly – Dali’s sketches heavily influenced the works of German artist Dennis Scholl and Turkish artist Erinc Seymen. Works are grouped together appropriately and not simply by artist, contributing to a sense of harmony and continuity in the curatorial strategy, leaving the viewer to admire all other details that have been considered, including the very specific lighting. Above all each work manipulates our preconceptions, resulting in a refreshing perspective on drawing.

Between the Lines will run until the 27th of April at All Visual Arts – 2, Omega Place N1 9DR.
www.allvisualarts.org/