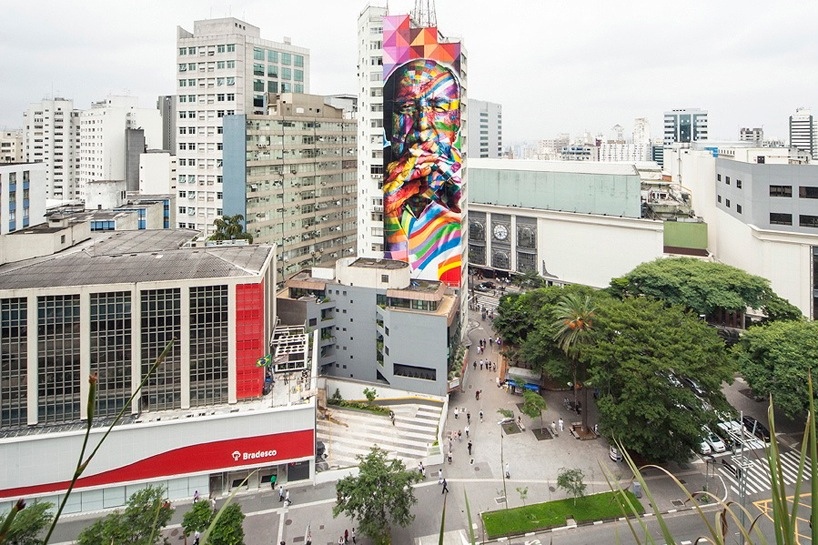 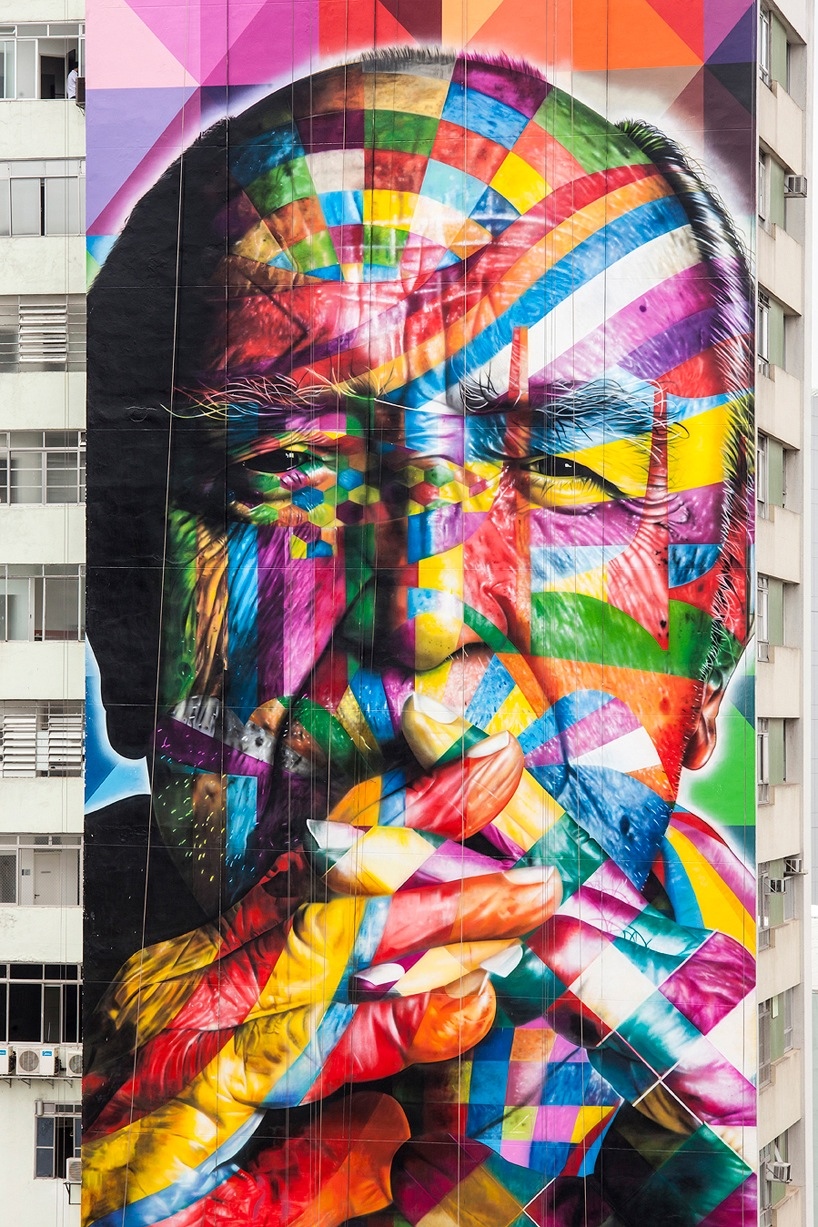 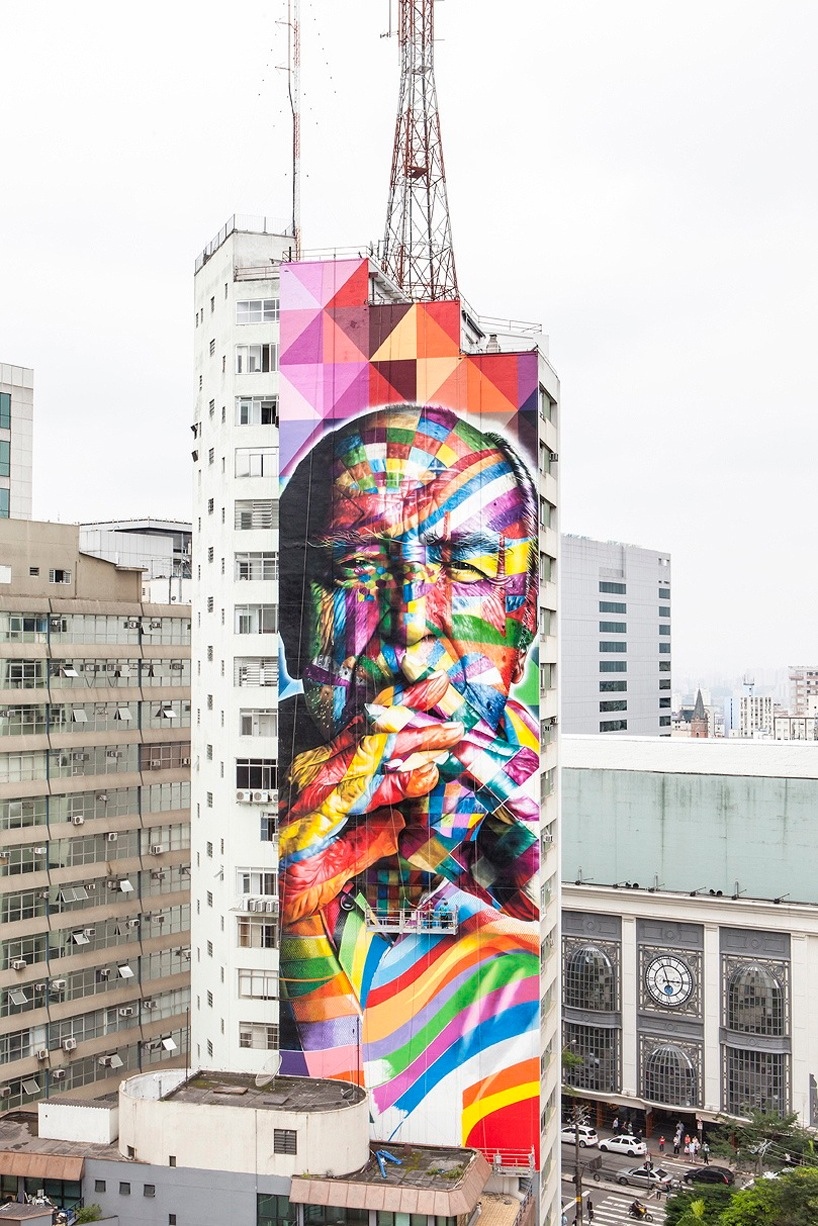 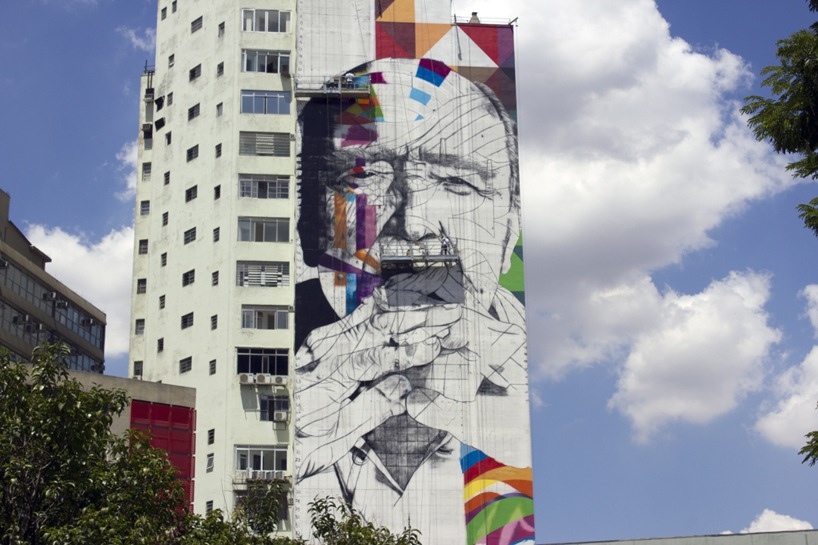 Brazilian street artist Eduardo Kobra has graced the entire side of a skyscraper on the bustling street of Paulista avenue in Sao Paulo with a 52 metre tall polychromatic portrait of renowned brazilian architect Oscar Niemeyer, who passed away in December last year at the age of 104. Kobra began work on the mural on the 14th of January, 2013 and since then has solicited the help of four other artists from his team to complete the colossal artwork. via designboom