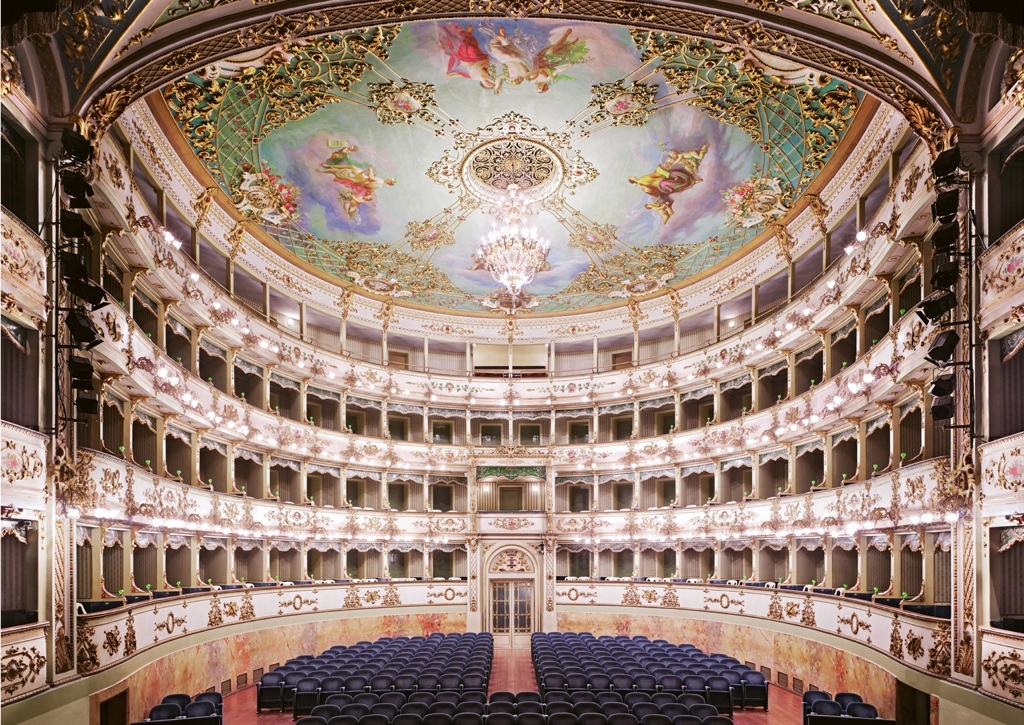 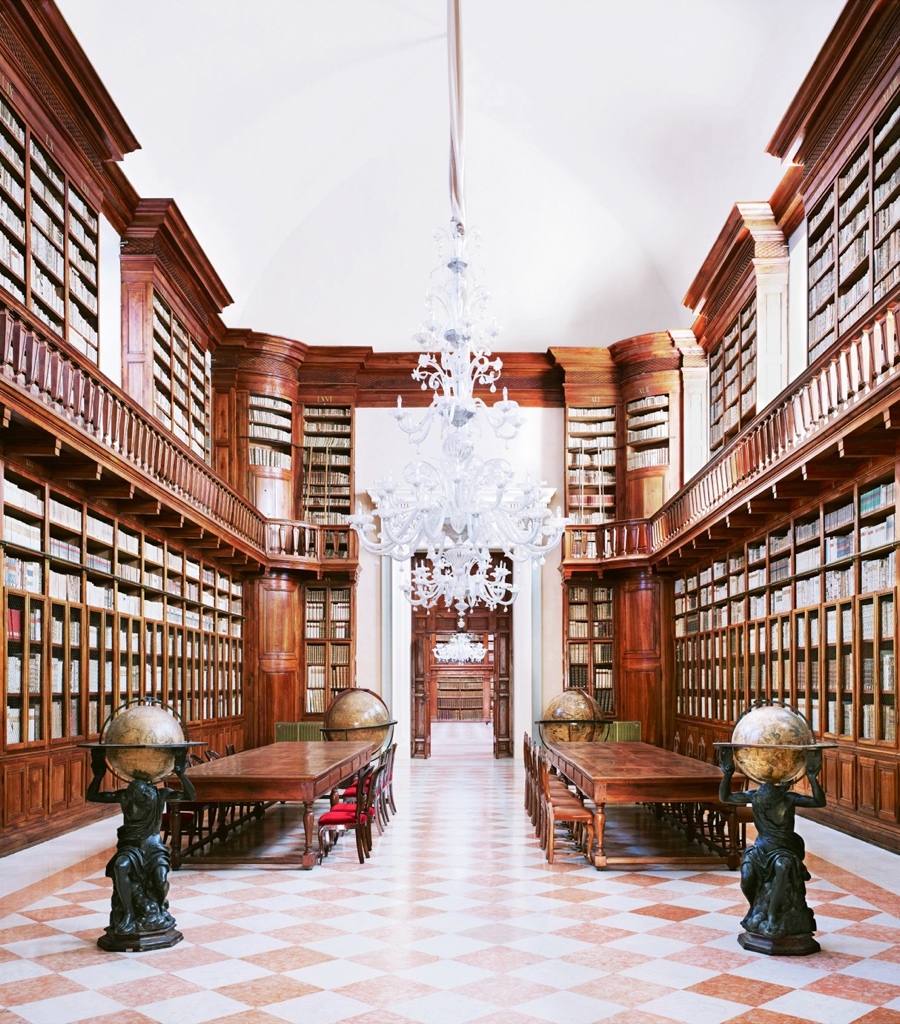 Mantova, Vicenza, Sabbioneta, Venice and Carpi provide the glorious setting for this new series shot over the past two years, a continuation of Höfer’s previous work in Central and Southern Italy. The interiors of palaces, opera houses, libraries and theatres, which Höfer captures with incredible skill, are part of her meticulous documentation of public spaces – places of culture, knowledge, communication and exchange with a rich history and clear functionality. Having rarely visited the Northern region, Höfer was particularly touched by the naturalness and ease with which the local people there accepted this extraordinary architecture as a part of their daily lives.

Höfer’s portraits of interiors, customarily devoid of human presence, emphasize the solemn magnificence of the Palazzo Ducale, Teatro La Fenice and Biblioteca Teresiana, amongst others. By featuring spaces that celebrate mankind’s greatness, yet where people are nowhere to be found, Höfer’s images possess an unexpected poignancy which has become the hallmark of her work.

Höfer produces these large-format photographs without digital enhancement or alteration, using long exposure and working solely with the existing light source. The effect is a rare combination of intimacy and scale, in which intricate architectural detail is captured without sacrificing the sense of space and civilised order.

Höfer, a member of the Düsseldorf School (Kunstakademie Düsseldorf), was a noted pupil of the Bechers, who were heavily influenced by the 1920s German art tradition of Neue Sachlichkeit and pioneered a type of detached objectivity. The Bechers’ black and white photographs of industrial landscapes and architecture embodied a clinical, documentary style, which Höfer has retained in her work through the same neutral and methodical process. Yet Höfer’s large-scale colour prints differ in their more sympathetic approach to the building’s culture and history.

About The Artist
Born in 1944 in Eberswalde, Candida Höfer lives and works in Cologne. After completing her training at the Schmölz-Huth Studio, she began studying with the influential photography duo Bernd and Hilla Becher in 1976, the teachers of other noted Düsseldorf School photographers such as Andreas Gursky, Thomas Struth, Axel Hütte and Thomas Ruff. Höfer’s internationally recognised work has been shown at the Kunsthalle in Basel and Berne, the Louvre in Paris, and the Irish Museum of Modern Art in Dublin. Höfer has represented Germany at the 2003 Venice Biennale and participated in documenta 11 in 2002, and her photographs are part of major museum and private collections across the globe.