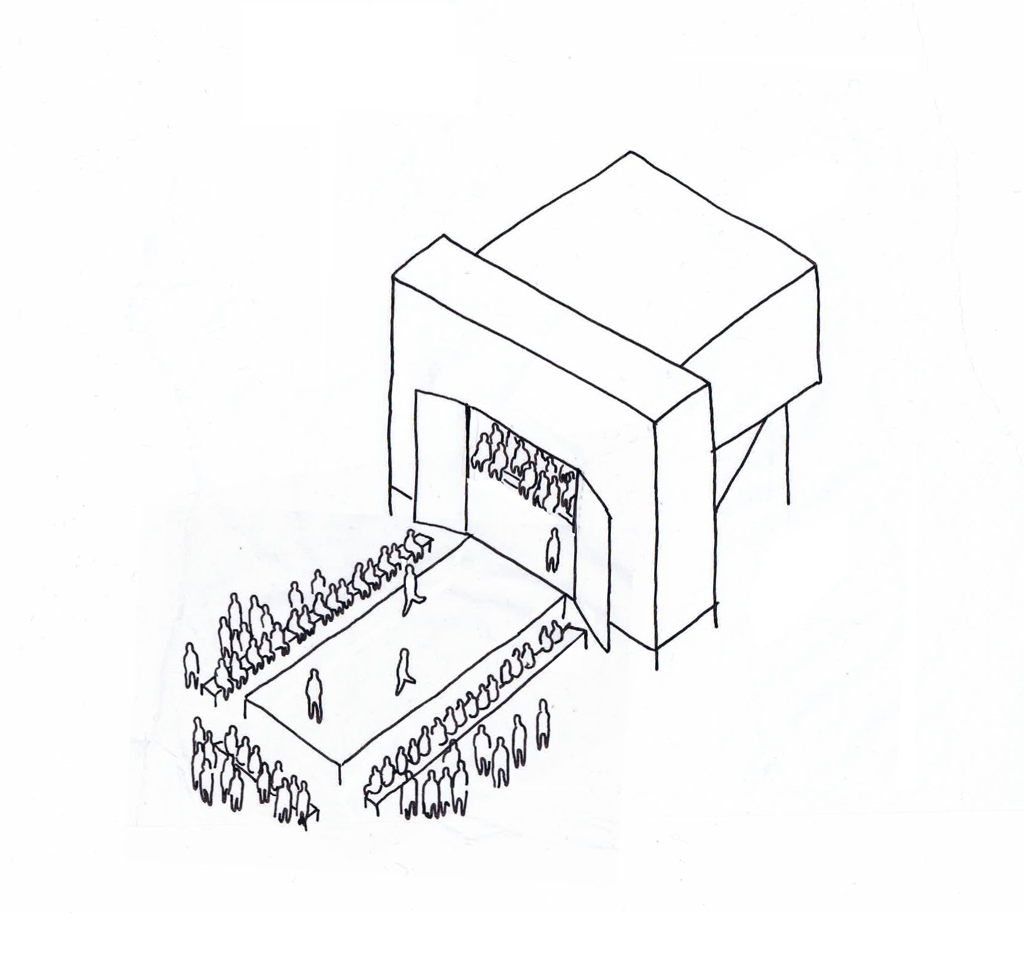 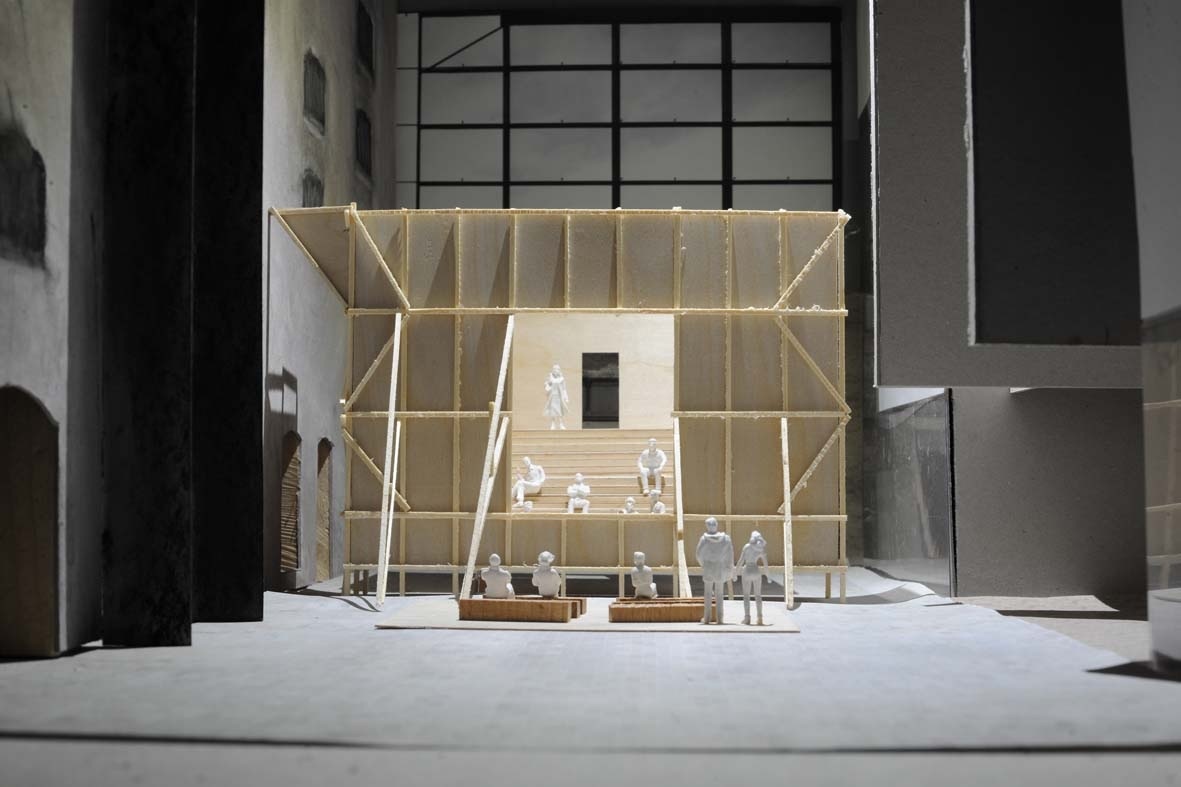 Black Maria, by Richard Wentworth and Swiss architecture practice GRUPPE, is part of RELAY, a nine-year arts programme that is enlivening the new public spaces at King’s Cross and turning the area into a destination for discovering international contemporary art that a celebrate the area’s heritage and its future. The second commission in the King’s Cross series, Black Maria, is a structure that acts as a place of meeting, based around discussion, performance and moving images.

Launching on 13 February 2013 Feb March 13th  with the potential to be brought back at a later date, the Black Maria comprises a collection of spatial elements of varying sizes that recall an early film studio of the same name. The structure will be installed in The Crossing, in the Granary Building, the new home of Central Saint Martins College of Art and Design. The Crossing brings together several departments of the art school, new commercial tenants at the development, a restaurant and the public, which Wentworth and GRUPPE see as the ideal conditions to create a place of exchange.

The emphasis is on flexibility and happenstance, both in terms of the construction’s physicality and in the programming being arranged around it. Black Maria sits at one end of The Crossing, facing the larger part of the hall as a kind of inhabitable billboard with a staircase auditorium behind it. The talks happen “within” the billboard, allowing for different kinds of audience on either side of it: a more intimate audience within the structure; and another potentially much larger audience outside the structure. The billboard makes use of a large door to allow events to be either closed and private, or open to the hall and public. Black Maria recalls the vital but forgotten timber scaffolds used to build King’s Cross’ industrial past, and building site hoardings used today. In a related sense the Black Maria is a support structure for the community activities in the hall today.
“You have to magnetise some venues more than others so that people who feel that they are there ‘by accident’ are mixed with people who have a clear ‘sense of purpose’. This is an obvious condition of metropolitan space” says Wentworth.

Richard, who has lived near King’s Cross since the 1970’s, has witnessed and chronicled the transformation of the area through projects such as ‘An Area of Outstanding Unnatural Beauty’, created for Artangel in 2002. Much like Black Maria, the Artangel work was an experiential one, encouraging visitors to walk into apparently unremarkable shops and alleyways around King’s Cross and see them from a fresh perspective. Black Maria has the potential to transform the somewhat neutral crossroads at the entrance to Central Saint Martins into a destination where people can attend scheduled talks and screenings, but also just find a place to sit, gather, eat lunch and chat.

The RELAY arts programme is funded by the King’s Cross Central Limited Partnership. 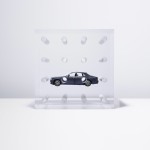 Twelve leading artists have created unique artworks, each featuring a 1:18 scale replica of the iconic Rolls-Royce Ghost, for a one-of-a-kind collection. 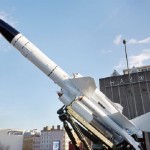 Daniel’s Value and Ideas #59: History is Not Art and Art is Not History

In the run up to the general election, the Hayward Gallery is attempting to decode Britain’s present by having seven artists each curate a section that explores our cultural history.