Luxembourg & Dayan London will present Pistoletto Politico, a solo show of works by Michelangelo Pistoletto, a pivotal figure in the development of the Arte Povera movement and one of Italy’s foremost contemporary artists. The exhibition will focus on works produced in the 1960’s and 1970’s, a time of turmoil in Italy, and will examine the ways in which these works reflect the volatile socio-political landscape. A major retrospective of Pistoletto’s work will also go on display in April 2013 at the Musée du Louvre, Paris.

In seven seminal works, produced during the period referred to as Italy’s Anni di piombo (years of lead), Michelangelo Pistoletto deftly addresses the socio-political tumult that punctuated and devastated the country from the 1960s through the early 80s. The cyclical economic downturn that seized Italy throughout this period and the subsequent socio-political upheaval that it triggered served a critical role in the reinvigoration and deployment of radical ideologies. From references to domestic terrorist factions, assassinations, incarceration, and student led insurrection, Pistoletto addresses art’s power to serve as a crucial and active site of political interrogation.

This era saw the country struggling against a backdrop of growing outrage over the Vietnam War, student riots, extremism on all sides and terrorism within the country. In the aftermath of the Second Word War, Italy had swiftly developed from a relatively impoverished country heavily reliant on the agricultural economy, to a rapidly industrialising nation with a thriving foreign trade.

However, in the 1960’s Italy found itself facing another economic downturn as a result of the Cold War, which led to a culture of economic and social tension and upheaval, especially among the younger generation who struggled to find their place within society, both economically and politically.

This exhibition puts forward the argument that while Pistoletto did not directly affiliate himself with any particular faction, the artist’s works are inseparable from the revolutionary currents which informed them. By using materials and concepts that departed radically from traditionally accepted methods of formal representation, Pistoletto utilised the art object as a means of wresting culture from the control of capitalist concerns while simultaneously examining a political system that permanently alienated the worker from the products of his labour. Purposefully choosing to avoid the use of historically privileged materials and instead using those that were culled from the realm of benign utility, Pistoletto’s conceptual and pictorial depictions of politicized events cannot be read as a set of politically neutral gestures.

In mirrored surfaces that erode the distance between life and art, Pistoletto alternately offered the possibilities of agency and indictment to a viewer that his works implicated as both participant and passive spectator. The mirrored bottom of an upturned chair (Mobili Capovolti, 1976) places its viewer in the centre of a precarious politic that bleeds dangerously into private domestic life and symbolises the longing for an overturning of the status quo. In La Gabbia a jail cell situates the spectator both behind and in front of its bars (1967-1974) emphasising how quickly the roles can be reversed and the lack of moral supremacy by either side.
This feeling is further highlighted when we are suddenly rendered both protestor and police officer when we catch sight of ourselves in the frame of Comizio (1965).

The exhibition will be accompanied by a catalogue which will include both historical texts of the time as well as a new essay by Professor Robert Lumley. Robert Lumley is Professor of Italian Cultural History at University College, London.
He has written extensively on contemporary art and culture in Italy. His publications include Arte Povera (Tate Publications, 2004) and he co-curated (with Francesco Manacorda) the exhibition “Marcello Levi, Portrait of a Collector: From Futurism to Arte Povera” at the Estorick Gallery in 2006.

About Michelangelo Pistoletto
Michelangelo Pistoletto was born in 1933 in Biella, Italy. Pistoletto began as a figurative painter in the mid-1950s, and in the 1960s received critical acclaim for his series of Mirror Paintings. These works eroded the traditional boundaries of figurative art, reflecting their setting and the viewer as a part of the image, connecting life and art in an ever- changing vision. Pistoletto’s employment of everyday materials aligned him with the Arte Povera movement. Since 1967, when the term Arte Povera was coined, Pistoletto’s work has been included in gallery and museum exhibitions devoted to that movement. He withdrew his work from the 1968 Venice Biennale in response to student demonstrations at the event, which were among the countless protests that took place across Italy during that volatile year. Pistoletto’s oeuvre includes an important series of sculptures, called Minus Objects as well as a body of performance art done with a group he established called Zoo. Pistoletto lives and works in Biella and Turin.

About Luxembourg & Dayan
Launched in 2009, Luxembourg & Dayan present curated, museum-quality exhibitions of works by modern and contemporary artists. The gallery maintains two spaces, one filling a townhouse at 64 East 77th Street in New York City, and another at 2 Savile Row in London. Recent critically-acclaimed exhibitions have included historical surveys of works by Marcel Duchamp, Alberto Burri and Domenico Gnoli; the exhibition “Jeff Koons: Made in Heaven Paintings;” and, two important thematic shows “Unpainted Paintings” and “Grisaille.” In London this year the gallery presented “Arp is Art,” the first London exhibition to focus exclusively on the work of Jean Hans Arp since his death in 1966 as well as “Nouveau Réalisme”, which featured works by all 13 members of the Nouveau Réaliste movement. Recently on show at Luxembourg & Dayan’s Savile Row Gallery was “Rob Pruitt’s Autograph Collection” which ran until 15 December 2012. 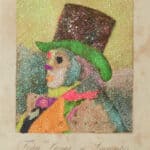 Luxembourg + Co & Jake Chapman present an exhibition dedicated to the role of nonconsensual collaborations between artists.

Luxembourg + Co, London has announced the opening of Bad Manners, a survey exhibition devised in collaboration with artist Jake […] 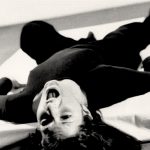 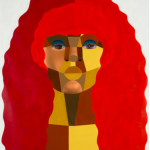