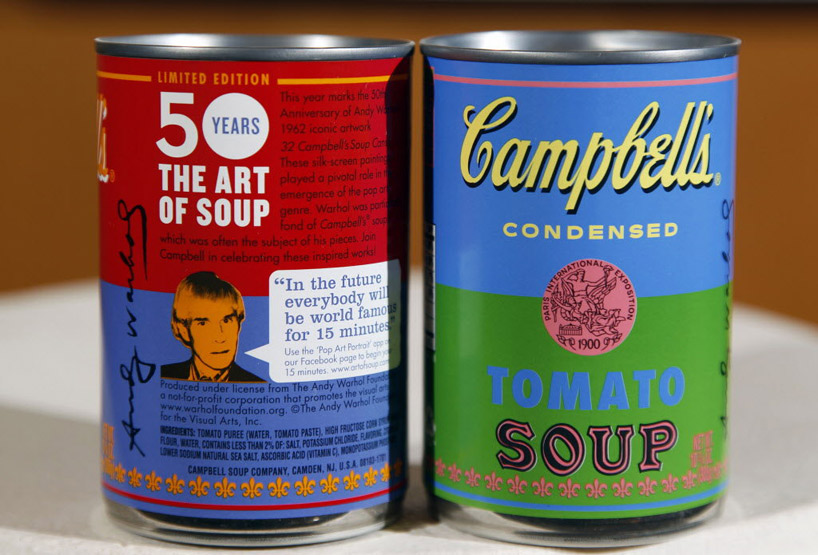 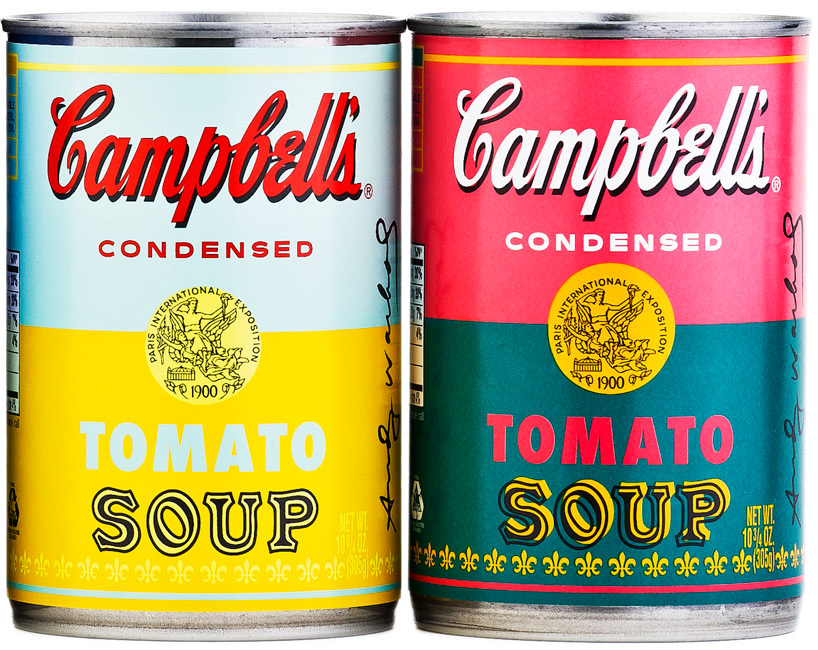 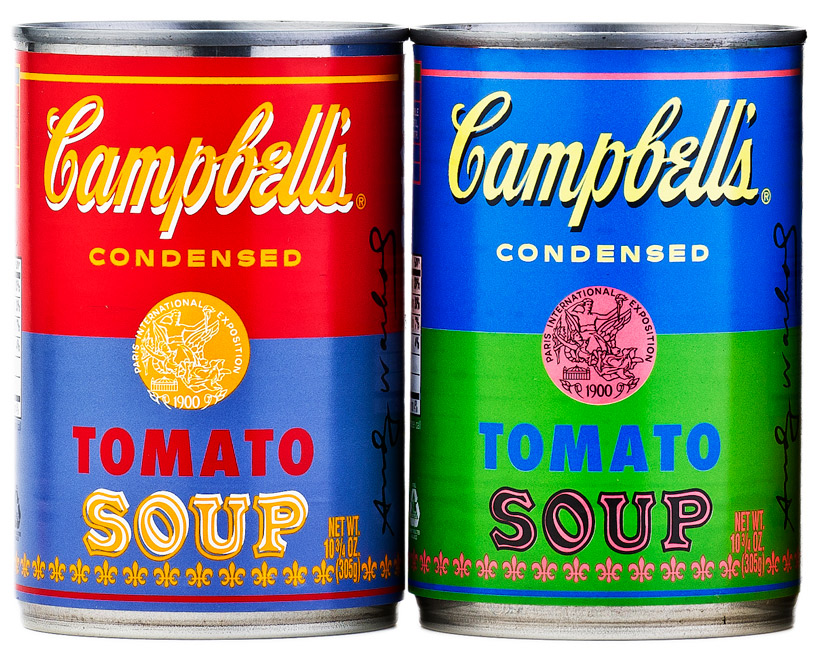 Fifty years after Andy Warhol developed ’32 Campbell’s soup cans’, Campbell’s soup has decided to pay tribute his work by releasing a set of four limited edition series of cans which are labeled with colourful variations that mimic Warhol’s famous pop-art style.
Each Soup can will come with Warhol’s famous quote ‘In the future everybody will be world famous for 15 minutes’.

The soup cans will cost just 75 cents, and will be sold exclusively at Target in the USA beginning Tuesday September 2nd, 2012.