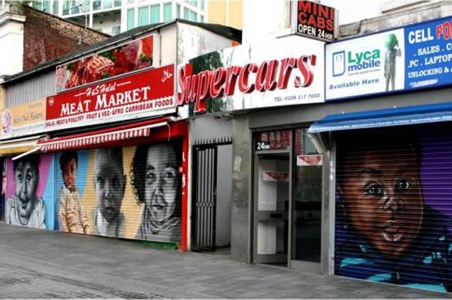 A year on from the riots and communities are still struggling to come to terms with and move on from the events of 12 months ago. As you’d hope and expect, various artistic endeavours (such as the Peckham Peace Wall) have been launched to try and help make sense of the riots and perhaps one of the most interesting is happening in Woolwich, southeast London.

Based on the broken windows theory Ogilvychange has launched the Babyface project. On a road hit by the disturbances last August, various shutters have been painted with the portraits of babies from the local area, submitted by friends and family members.

Early signs seem to be encouraging that it is having an effect, although it remains to be seen whether this is a viable longterm solution for other communities. Via: It’s Nice That 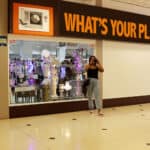 Launched on 18th November 2021, New Town Culture is an innovative programme that brings art and culture into the heart […]

‘It’s about a way of engaging people locally in creative activity that might then lead on into education’.

Peckham Space is pleased to announce the launch of a new permanent, public artwork on Peckham Square: Peckham Peace Wall by Garudio Studiage.